The Minister of Works, Transport and Infrastructure, Papali'i Niko Lee Hang, has revealed that the Government has had to alter the original design of the Ti'avea Airport due to interference from villagers.

As a result, a $3 million variation has been approved by the Tenders Board to accommodate the alteration and allow the project to proceed.

“The villagers started to interfere with works and so it [runway] had to be shifted further down land,” Papali'i said during an interview with the Samoa Observer.

“Other families [who own land further down the runway] were consulted and agreed [to clear the land] so there is no more interruption with works. The Government works cannot be stopped.”

The Minister explained the $3 million variation for the project had to cover for costs in alleviating the ground for the runway because the land was waterlogged.

He said the variation was submitted and approved by the Tenders Board, which is chaired by the Minister of Finance, Sili Epa Tuioti.

Due to the amount of money involved in the variation, Cabinet had to inspect the area.

Papali’i added that the changes in the design meant raising the ground level and installing culvert pipelines to drain the water that settles in the area during rainy days.

Asked whether engineers and aviation experts had inspected the area, Papali’i said yes.

“We had engineers from [the Ministry of] Works, those from L.T.A and a consultant that is doing works at the airport look at it,” he said.

“The engineers are qualified and we are using our local engineers who understand our environment and they are the ones that are doing works at the airport. It was also the consultant that advised to alleviate the ground. 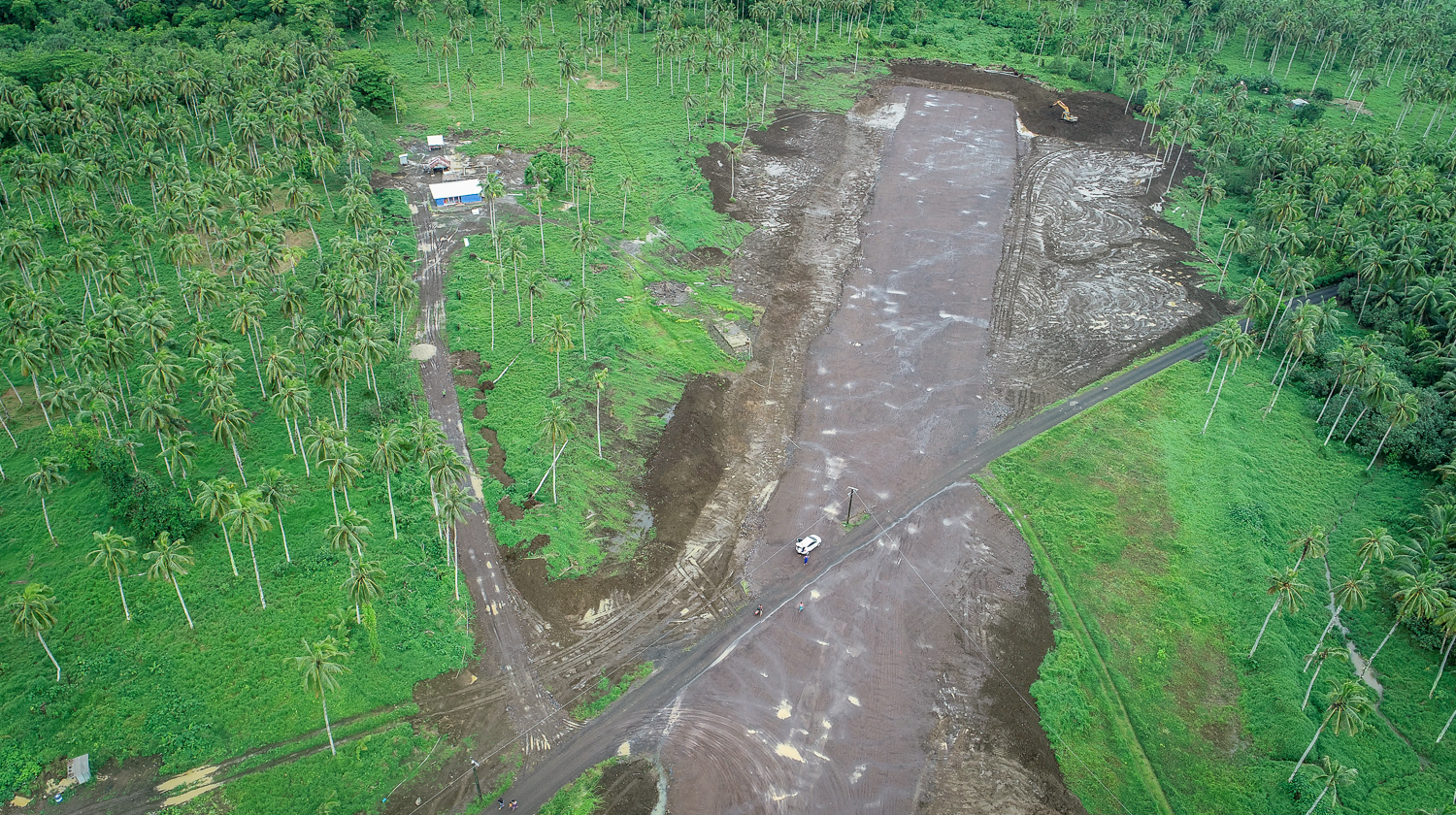 The Minister was also asked about an access road used by villagers that crosses in between where the runway works end and the extended area where the project has been shifted.

In response, Papali’i said he has to get confirmation first on which road that was raised before he could comment.

Pressed if the access road will be removed as it runs in the middle of the area cleared for the airport project, the Minister responded if it’s necessary.

“The road is an old one used by the village and if it gets in the way of the runway then villagers have to take alternative route,” he said.

“But I haven’t seen the road you are talking about I will have to reconfirm this.”

When the Samoa Observer visited the airport site on Thursday evening, a matai who refused to give his name, asked the reporter to leave.

The matai said there is a village ban on villagers talking to the media. He added that in due time the village will make a statement in relation to the project.

About six men from the Allan Civil Engineering were still levelling the ground at Ti’avea after 6.30 pm on Thursday.

In April last year, a memorandum of agreement between the Government and the Ti’avea Village Council was signed where it was revealed the project would cost $14 million.

The airport building and project has an estimate cost of $10 million while the $4 million is compensation for the 26 acres of land belonging to Ti’avea families.