Twenty-two individuals from six nationalities have been sworn-in as Samoa’s newest citizens.

Congratulating them on getting their citizenship, Tuilaepa acknowledged their work and devotion as Samoans as well as the long-wait in order to meet the requirements of the law to qualify as citizens.

“We should neither lose sight of our duties as Samoans, nor forfeit the confidence of our fellow citizens. Today, your journey as citizens of Samoa has begun,” he said.

Encouraging them to serve their country with humility, honesty and love, the PM said their collective responsibility as citizens was to serve and protect the interest of the country. 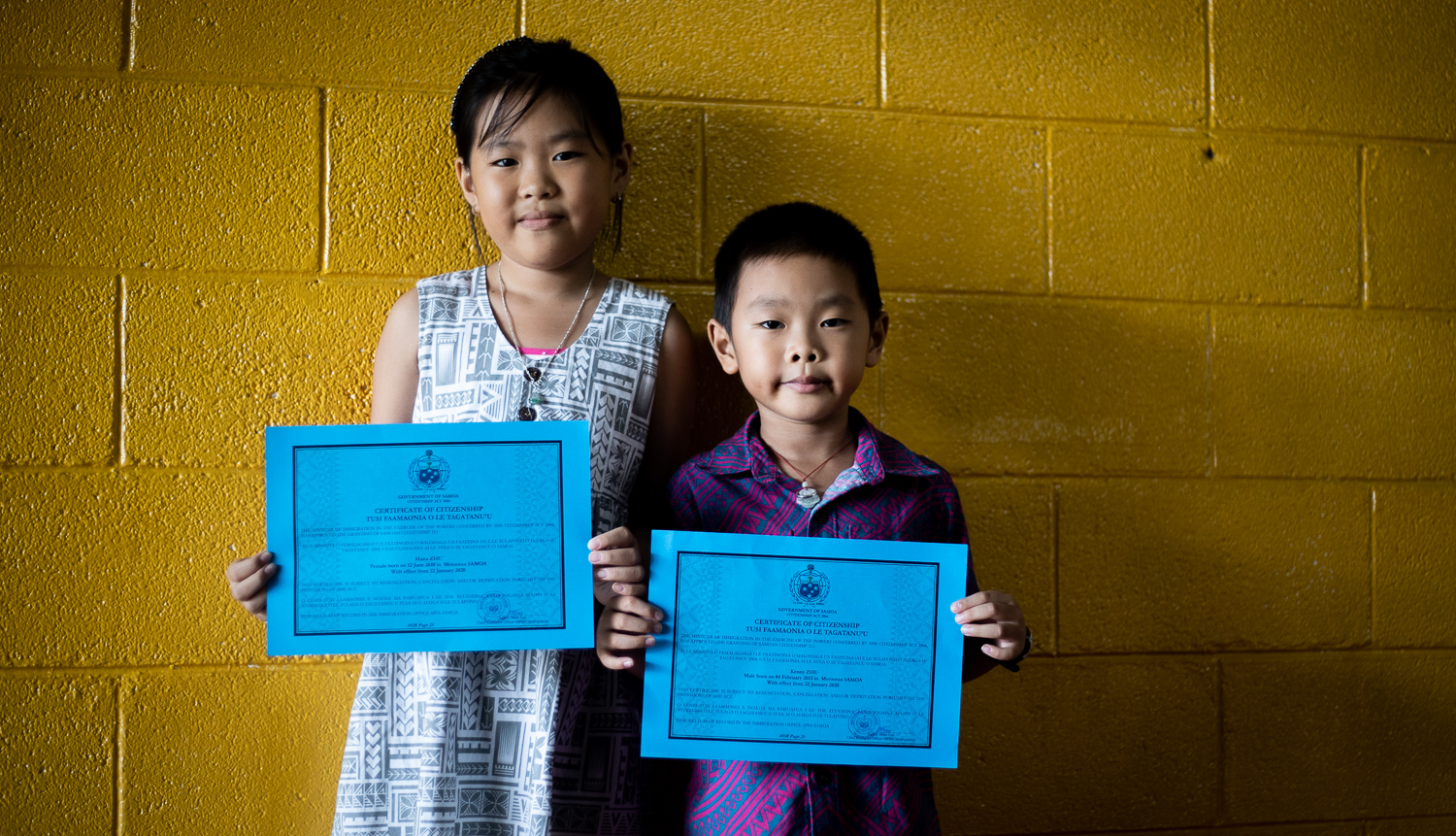 Jianfeng Zhu, his wife Xiaofen Huang and children Hana and Kenny were among those who were sworn-in.

Mr Zhu first came to Samoa in 2004 and lived here for five years, before returning to China to marry his wife Xiaofen, and moved with her back to Samoa in 2009.

They had their two children in Samoa, while their waiting for citizenship applications to be processed, with the ceremony on Wednesday the culmination of Mr Zhu’s 17-year journey.

“I am so happy to finally call myself Samoan!’ he exclaimed after ceremony.

“I always tell Jianfeng, you can’t just be a Samoan on paper. I teach the kids too that it means more than that,” he said.

Mr Yu said he always talks about respect of the Samoan culture in Mr Zhu and his family, especially the children, who were raised by both their Samoan and Chinese families.

Mr Zhu and his family are from the villages of Saleufi and Togafuafua. Many others like the Zhu family, are now recognized as citizens of Samoa.

One of the newly sworn in Samoan citizens, Pamela Ann Keil, said it was a day of celebration.

“I came here with my husband in 1980, and I instantly loved the place,” she said while adding that her husband, Palea’e Steve Keil is the reason why she moved to Samoa. 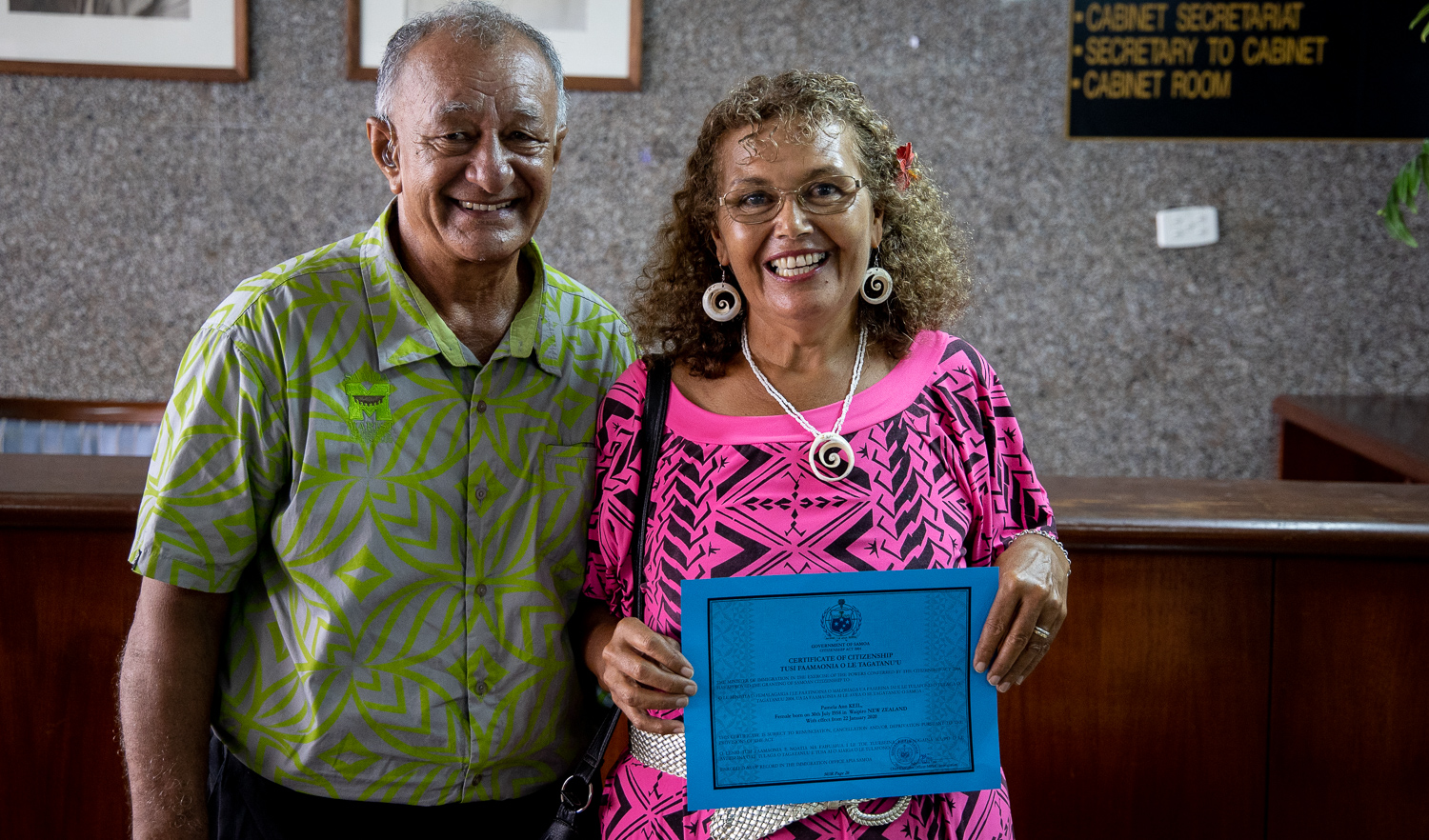 The two early childhood teachers met in New Zealand in 1977, and their love brought them back to the Palea’e’s homeland to raise their family, away from the fast paced life they lived abroad.

“We slowed things down. We started a plantation which my husband’s brother looks after in Tuana’i and took part in early childhood teaching in Samoa from 1993 to 1996,” she added.

Mrs Keil said she still dreams of contributing to early childhood education as a consultant in the future.

“My emphasis has always been sharing the love of books and where it can take you. Readers are leaders.”