“These are all the children from around this area… they tend to like the sport so we’re giving them a chance to learn the sport.” - Marist B.I.G. vice-president Fepulea'i Falani Tupuola (Photo: Aufa'i Areta Areta)

Marist B.I.G. started a junior golf programme on Saturday at Faleata for the children who normally wander the course picking up golf balls to sell.

The club has hired professional golfer, Asiata Van Wright, to run the programme, which will last for eight weeks.

“That’s the initiative of any Marist group here in Samoa, it’s about giving back,” he said.

“These are all the children from around this area… they tend to like the sport so we’re giving them a chance to learn the sport.”

“Having this opportunity to get a lesson from Van, it’s a bonus. He’s one of the best players in Samoa.” 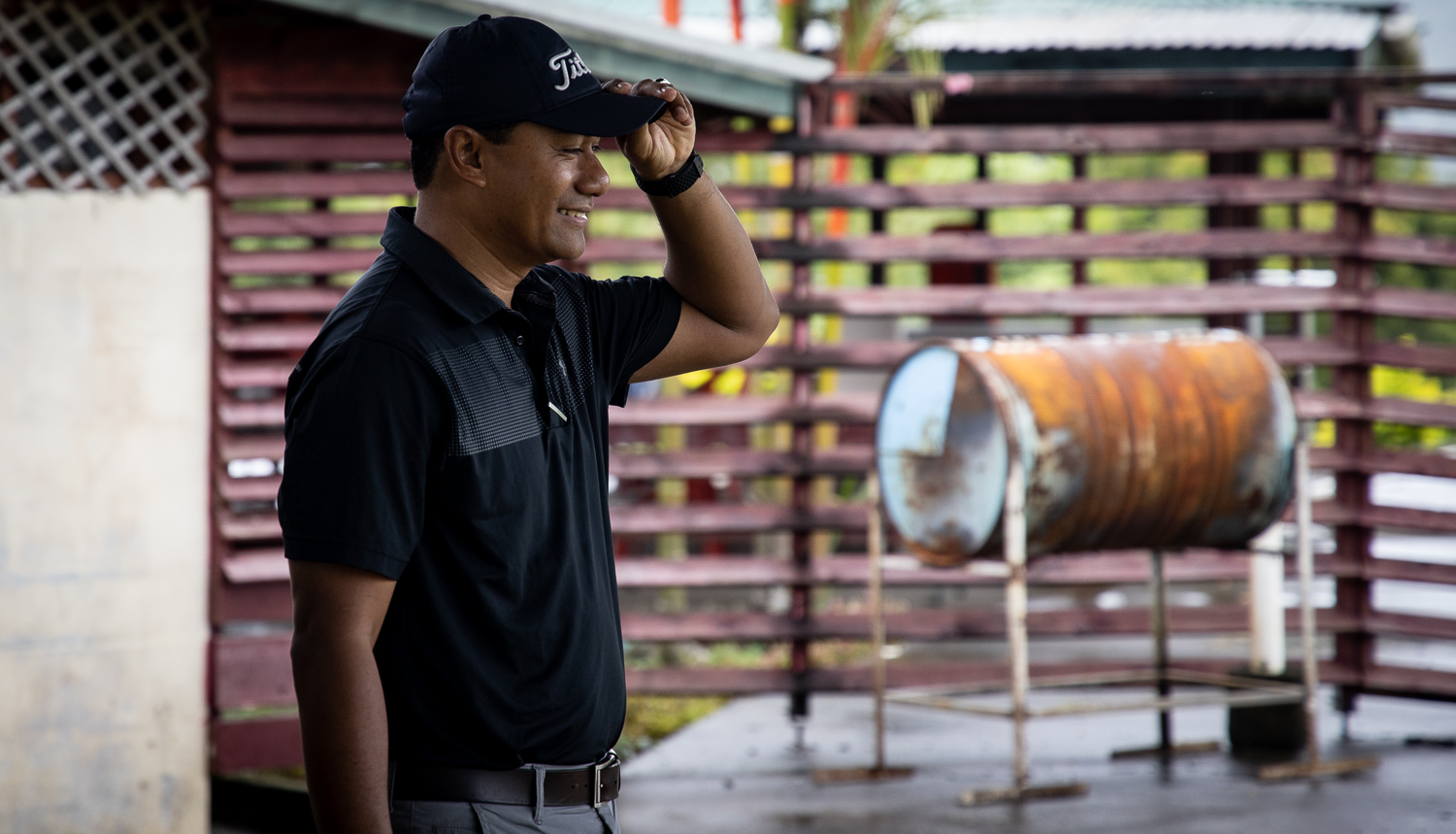 Asiata said it was amazing to give back to the sport which has given him so much over the years.

“That was one of the main reasons why I took the initiative to submit a bid for the driving range and the pro shop here at Faleata, was more or less motivated by my involvement with the kids,” he said.

“I started here [as a golfer at Faleata] but we did not have any junior programmes when I was around. I was just grateful my father could take me overseas every summer.”

Asiata gave the children lessons not only in the sport itself, but the etiquette around it.

He said the discipline required for golf contains important lessons for a group of kids who largely don’t attend school.

“What I’ve noticed this past week is they’re right into people’s faces here on the driving range. People want some space, and I’m trying to tell them the rules of the range as well,” Asiata said.

He runs his own First Tee junior programme on Fridays for those who can pay for it.

“We’re targeting everyone, we’re not leaving anyone behind,” Asiata said.

Marist B.I.G.’s Taula Twilight Series last year raised the funds which made putting the programme on possible, and Fepulea’i acknowledged sponsors Taula and Taxi for making it happen.

The second Twilight Series is coming up at the end of January.