Members of the Cabinet Development Committee have done an inspection of Government-funded projects on Savai’i.

The inspection was led by Prime Minister Tuilaepa Dr. Sa'ilele Malielegaoi who was accompanied by Ministers and senior Government officials.

A health facility at Vaipouli was the first stop for the Committee’s members with a Ministry of Health official making a brief presentation to update the leaders on the status of the project. 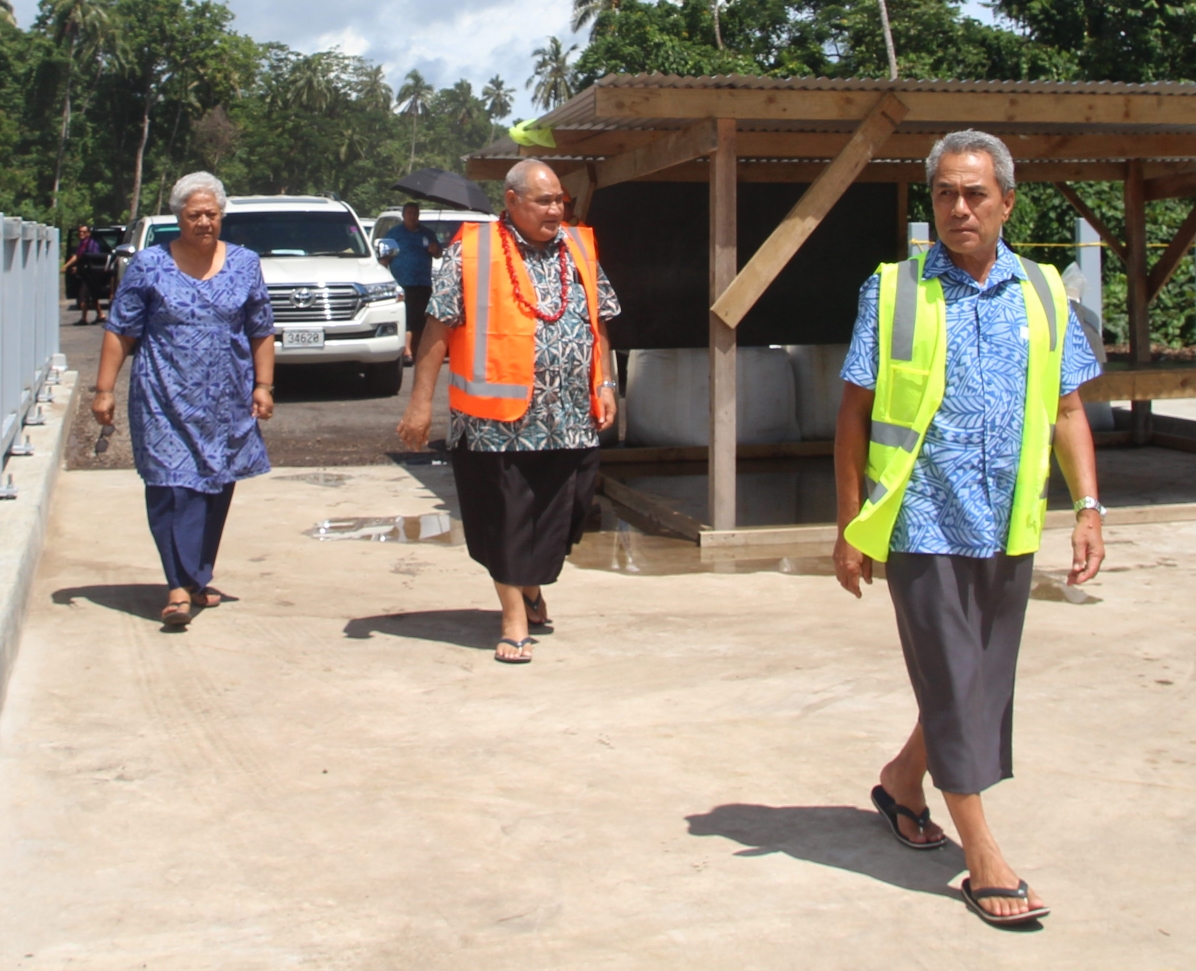 The second stop was at the Mali'oli'o Bridge at Samalaeulu, where Land Transport Authority C.E.O. Galumalemana Ta'atialeoitiiti Tutuvanu-Schwalger, advised that construction is in its final stage and will be opened soon.

The Prime Minister then asked when the bridge is likely to open, only for Galumalemana to apologise, saying that the delay is due to additional minor work that needs to be done before it will be officially opened to the public.

The C.E.O. assured the P.M and the Committee members that the Mali'oli'o Bridge will be opened in March along with the Vaisigano Bridge in Upolu. 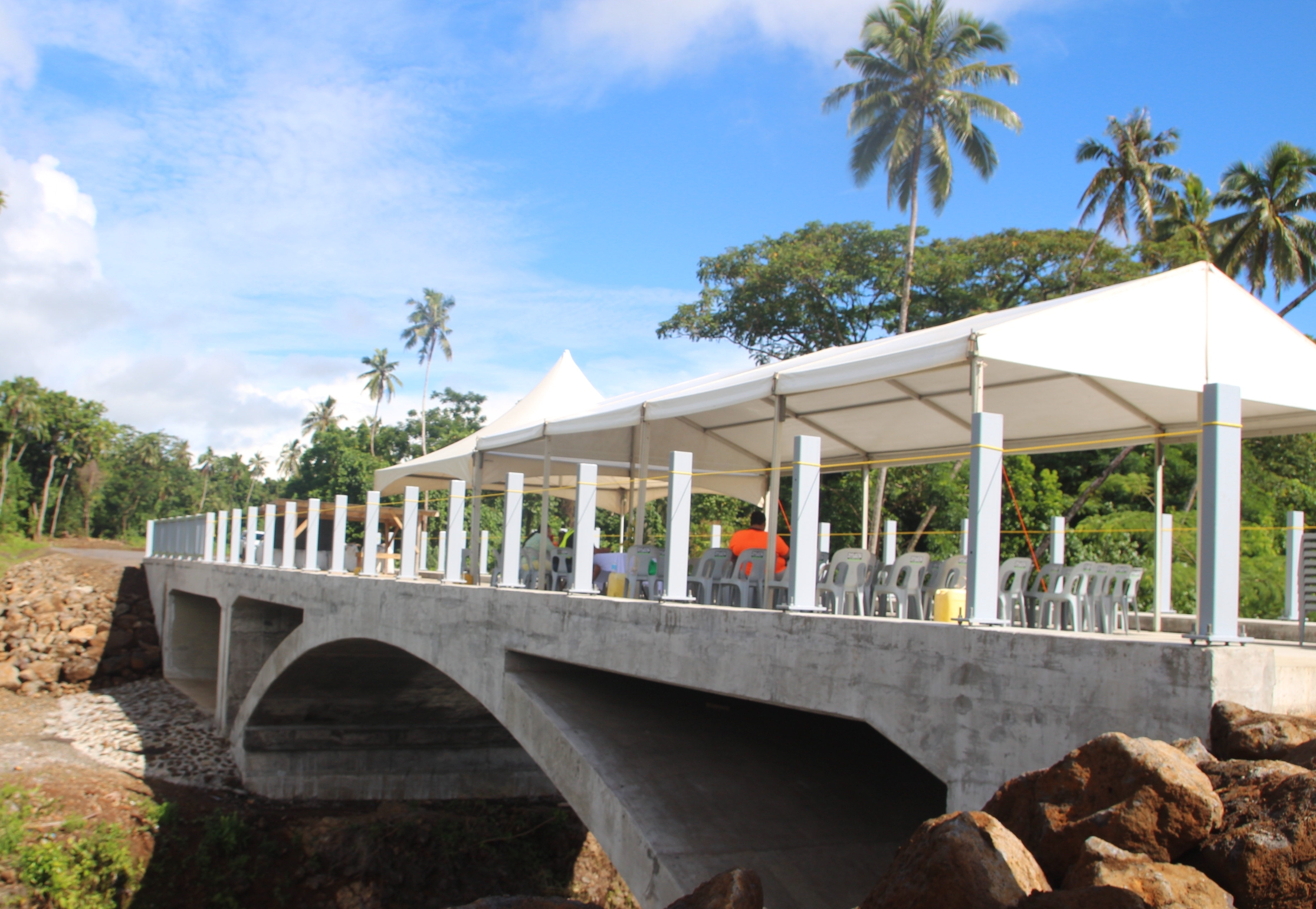 Speaking to the Samoa Observer, Galemalemana said she is optimistic about the soon-to-be opened project.

"The main reason why we decided to build the bridge over the Mali'oli'o River is to make sure that travels across the island won't be disrupted when the river banks burst during bad weather conditions," she said.

And the C.E.O. added that they will not rest after the Mali'oli'o Bridge is completed.

"Once this project (Mali'oli'o Bridge) is finished, we will then look at other places and areas in Savaii where there has been difficulties to travel across the island during bad weather like the ford at Sasina and Lano," she said. 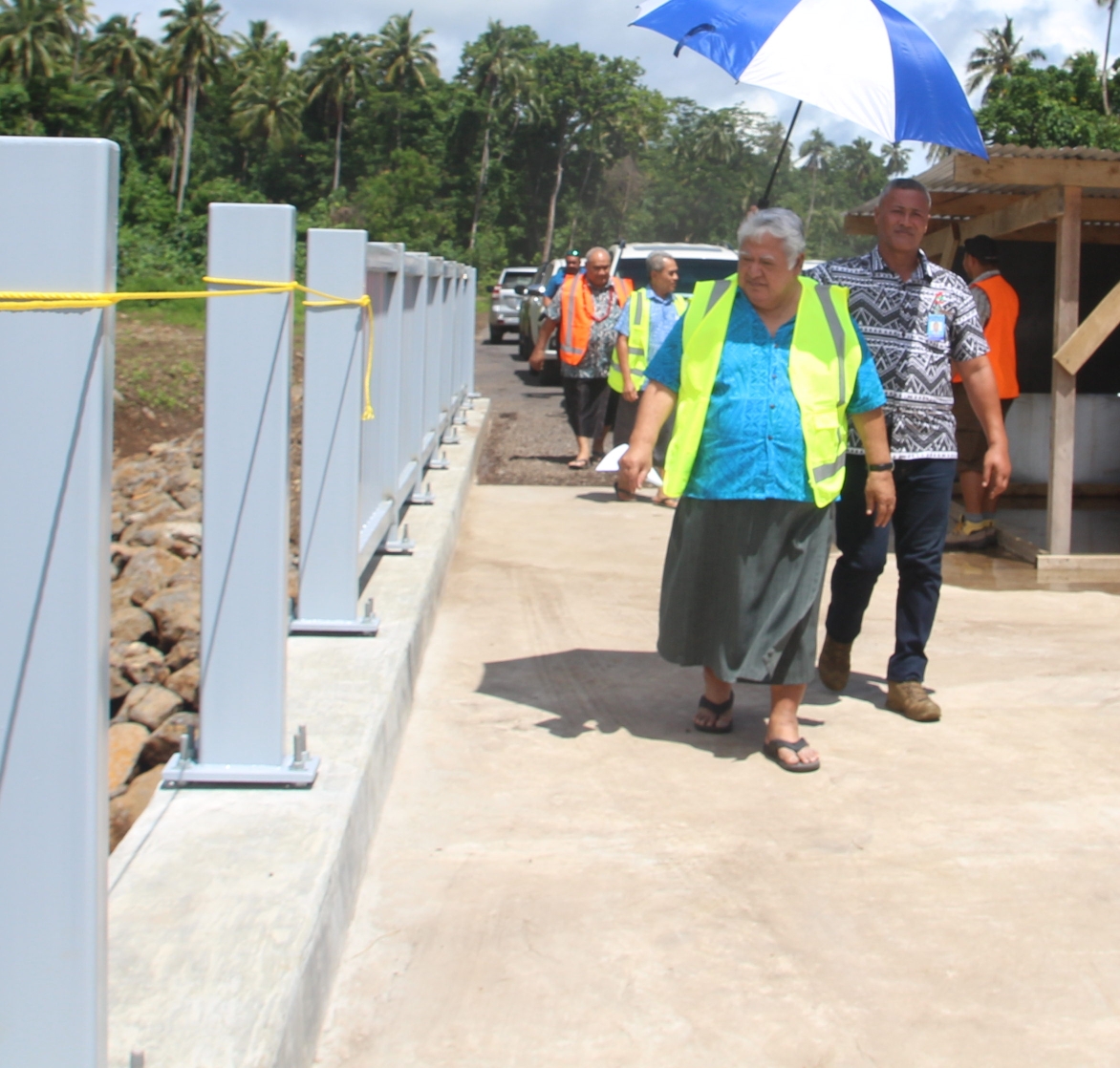 "L.T.A will then move to commence work for other bridges with funds by the World Bank to carry out work for those projects. We will get to that.

"The goal is to build strong and better bridges and roads so that people can continue to get across and around the island easier even during rainy seasons."

The construction of the Mali'oli'o Bridge is in its final stages.

"The main work that's left includes applying tar on the surface of the new access road that is connected to the bridge, merging of the bridge and the main road and rails." 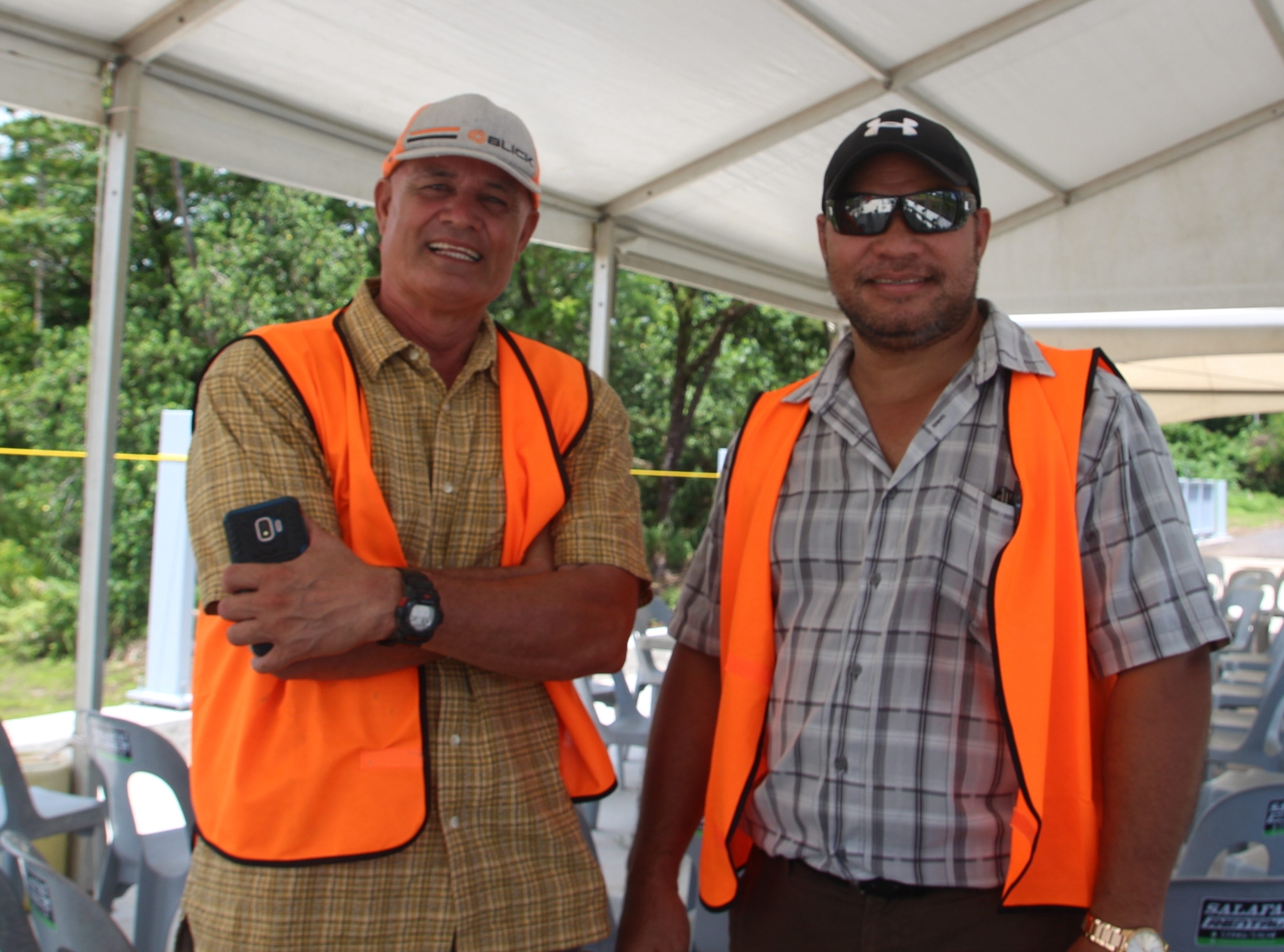 The new bridge is 37 meters long with a new 2 km road connected to it. Footpaths have been built with concrete boxes where utility services such as water supply, electricity, and telecommunication cables will be installed.

During the on-site inspection by the Committee, the Prime Minister visited the site and asked the engineer-incharge for an update on what is left in terms of work

Tuilaepa then suggested that instead of lifting up the existing main road to align with the level of the bridge, they should just build a slope connection from the bridge to the main road. 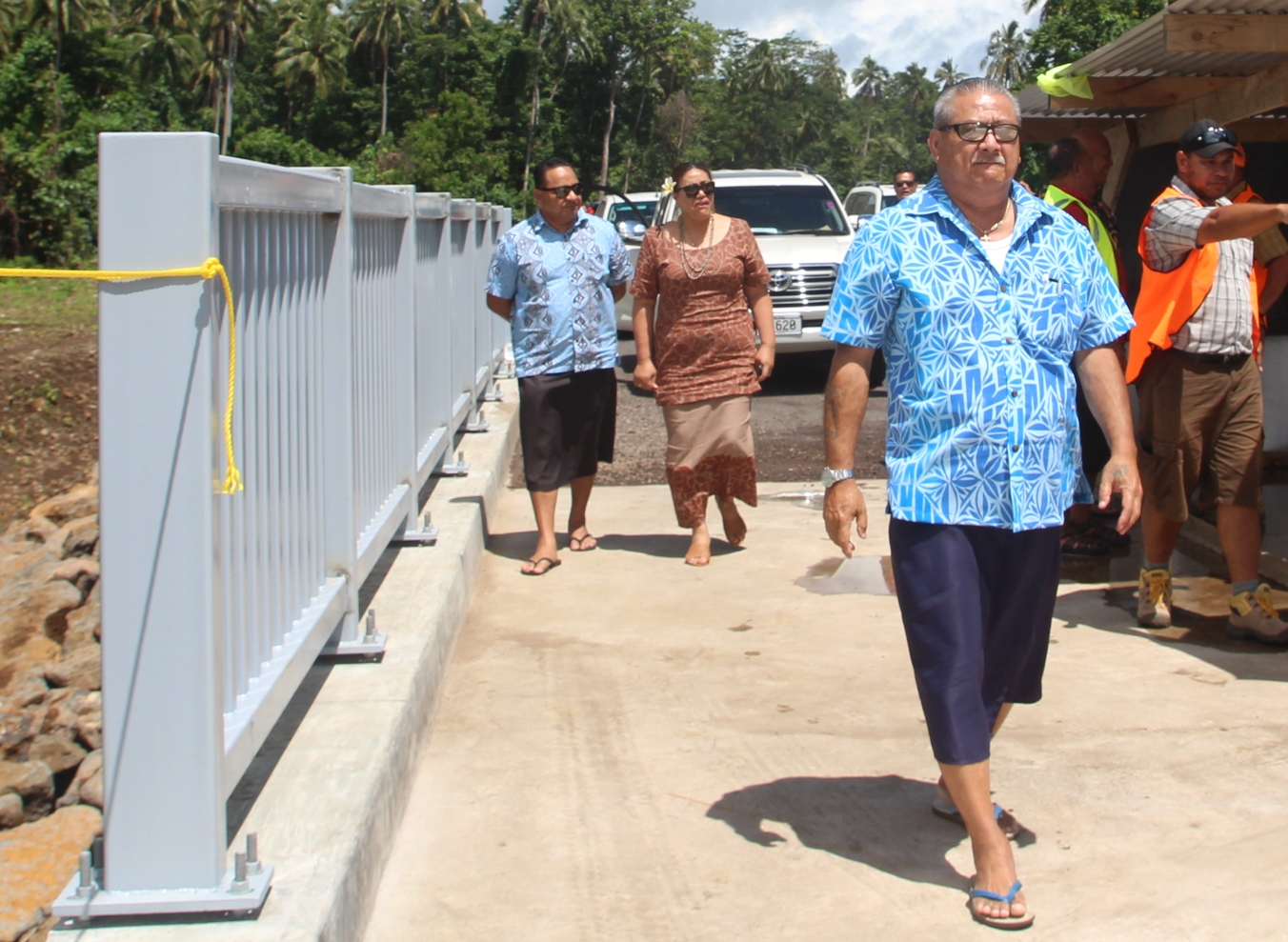 This is so they could avoid going through a lot of work and to "speed things up", according to Tuilaepa.

The Mali'oli'o Bridge is part of a US$26.35 million grant from the World Bank and Australia’s Department of Foreign Affairs and Trade (DFAT). The objective of the project is to restore key road sector assets damaged by extreme weather events and to enhance the climate resilience of critical roads and bridges in the country