M.E.T.I. has been providing training for a number of village farmers. (Photo: Vaitogi Asuisui Matafeo)

Organic farmers from the villages who had been working with the Matuaileoo Environment Trust Incorporated (M.E.T.I.) showcased their produce in town on Friday.

The opportunity to do this was presented during a Market Day at the Malaefatu Park at Sogi. 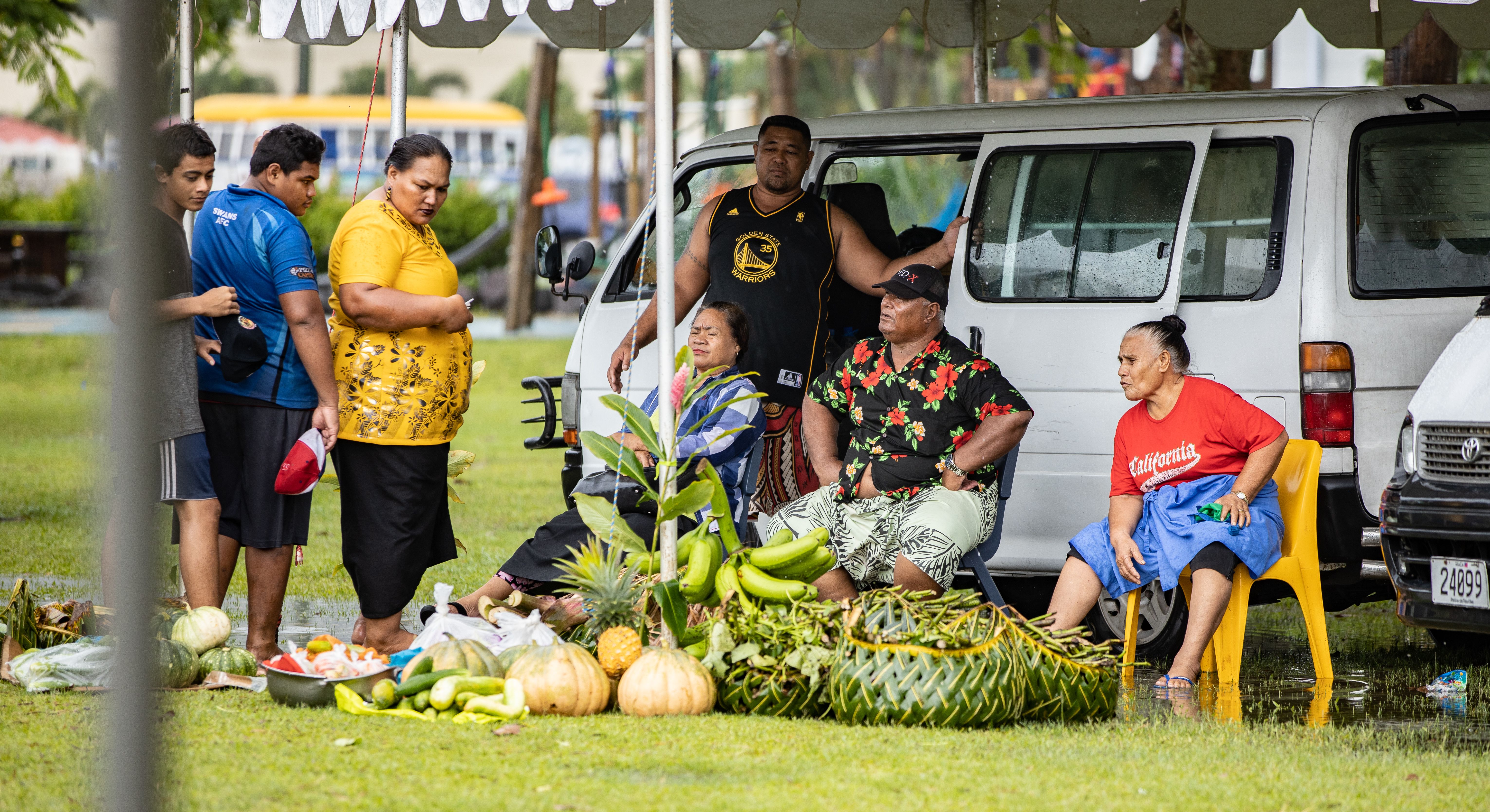 The farmers benefited from a project funded by the Pacific-American Climate Fund (P.A.C.A.M.) through the United States Association for International Development.

Through the project, M.E.T.I. provided permaculture training in organic compost production, kitchen gardens and provided healthy living tips to the villagers among other things.

The participants were then trained to facilitate training workshops for farmers who became eligible to join the Participatory Guarantee Scheme (P.G.S.) Samoa as certified organic farmers.

One farmer told the Samoa Observer the programme was extremely useful. Felolina Aukusitino from Mulifanua acknowledged M.E.T.I. and the work they do.

“The work that they do is very important to me because of what I have learned in the village,” she said. “I’m glad to be making a living from something that I can grow with my own hands.”

Ms. Aukusitino said M.E.T.I. reached out through their village committee leaders and women in their community.

They soon became a part of their organic participatory guarantee scheme programmes and the rest is history.

“Some of us went over to their workshops that were held in Nu’u, and there we were taught of the different seeds to farm and how to plant them,” she said.

The produce on display, from beans, cucumbers to pumpkins and eggplants were all organically grown.

Ms. Aukusitino said they are grateful for the opportunity.

“I am now able to use their teachings at home in my garden,” she said. “I’m buying seeds to grow more variety at home which I can sell for more income.”

She believes this is a great opportunity for more women in her village and Samoa to realise their potential.