The squad of 22 leave on Monday for the tournament, which will be played from the 25th to the 31st of January in Auckland, New Zealand.

The median age of the group is just 23, though head coach, Fa'aeanu'u Paul Ualesi, is happy to have several veterans in the team to help guide it.

“It’s a mix of experience and young ones, we see a lot of potential in the young ones,” he said.

“It’s a great opportunity to use them to build.”

Fa'aeanu'u said getting those youngsters experience and exposure overseas will help the long-term outlook of not only his club, but the national team.

“Because we have the Nations Cup coming up, some of the boys will be trialling for that,” he said.

Samoa will play American Samoa, the Cook Islands and Tonga in March for the right to play in the 2020 O.F.C. Nations Cup in June.

The Lupe squad features eight current national representatives who played for Samoa at the Pacific Games in July, including captain Andrew Setefano. 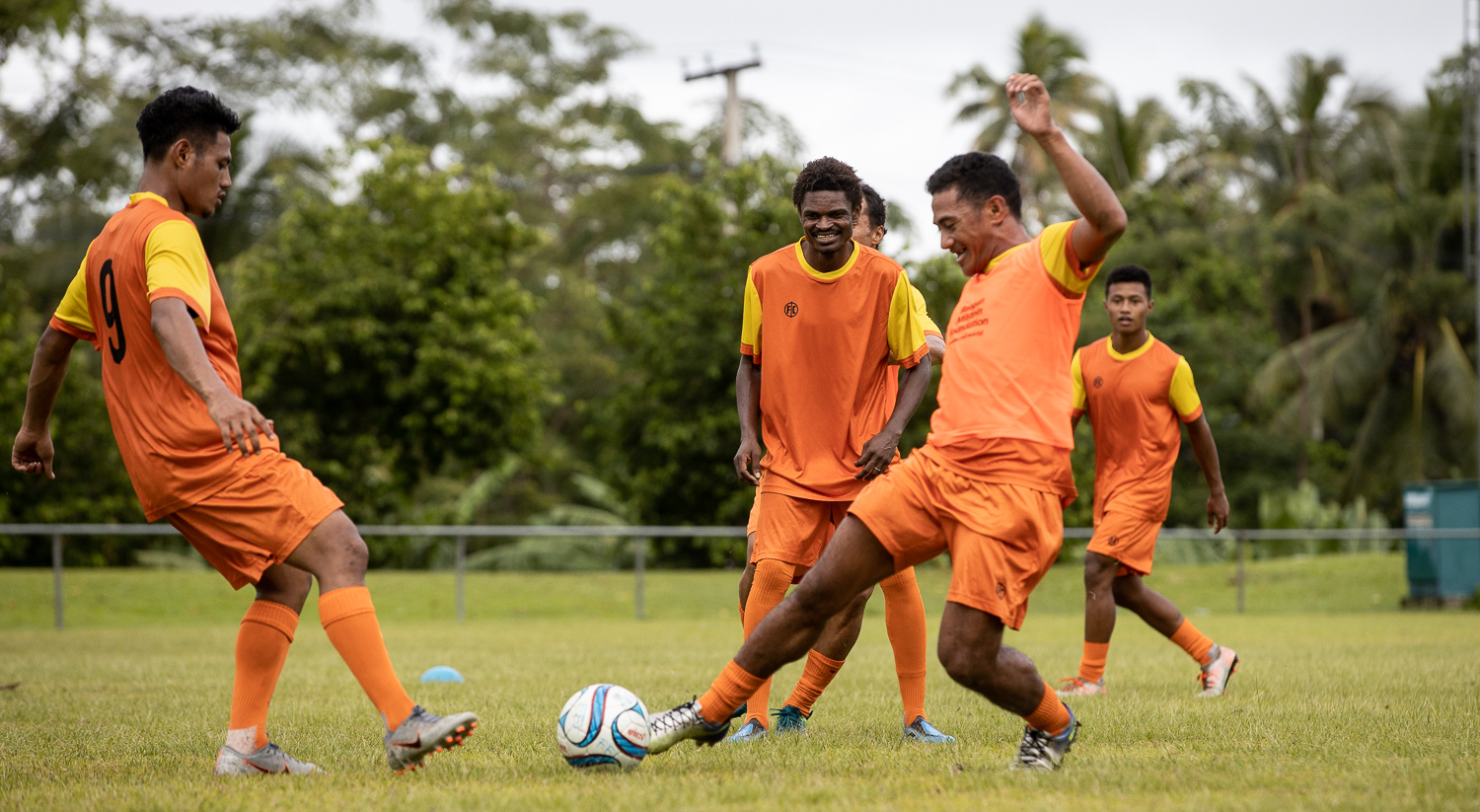 He is one of 20 locally-based players in the side, with Mathew Chant and Zane Green meeting the group in New Zealand.

Chant (England) and Green (New Zealand) along with Kenneth Kerewi (Nigeria) and Oscar Yaw Anto (Ghana) are the only non-Samoans in the squad.

All the locals have been in camp at the Football Federation of Samoa complex since last Friday.

Fa'aeanu'u said their fitness has improved markedly over the last few weeks.

“We’re not going to work any more on fitness, we’re just gonna focus on our plan, structure, and trying to gel all our combinations and everything,” he said.

For coach Fa’aeanu'u, the remaining week before their first game on the 25th isn’t about hard work, but light training and getting the togetherness of the team right.

While acknowledging the risk of playing a high defensive line, Fa’aeanu'u thinks that sort of pressing game will pay off in that opening match against Tonga’s Veitongo.

“Put more pressure on them, make them give away the ball [in dangerous positions],” he said.

The plan for game two against Tupapa Maraerenga on the 28th will depend on what sort of team the Cook Islands club field.

“Every year they change their players, unlike Tonga and us who remain the same in terms of players,” Fa’aeanu'u said.

“We’ll see about our plan, we’ll work out from the first 10-15 minutes how the game is gonna go and how we vary it.”