Heavy rain is forecast to continue lashing Samoa into next week, as the Meteorological Service warns of possible flooding and landslides.

Speaking to the Samoa Observer on Friday morning, the head of the Meteorological Service, Mulipola Ausetalia Titimaea, said Cyclone Tino, currently impacting upon Fiji and approaching Tonga on Saturday would not land in Samoa.

But side effects from the weather system, such as heavy wind and rain would doubtless make their mark, Mulipola warned.

“We are not in the pathway of [Tropical Cyclone] Tino but we are experiencing heavy rainfall that can result in flooding,” he said.

In a statement issued on Friday evening the Met service said recent wet conditions were expected to last until next week:

"The active convergence zone that links to Tropical Cyclone Tino remains in the vicinity of Samoa and will continue to bring heavy rain and strong to gusty winds. These conditions will persist through at least Tuesday next week," the statement read,

Increased rainfall is expected to increase the strain on the nation's waterways and potentially result in their spilling over.

Recent heavy rain resulted in three peaks of high run off and rapid discharge from the Vaisigano River on Thursday, according to the Met Office. 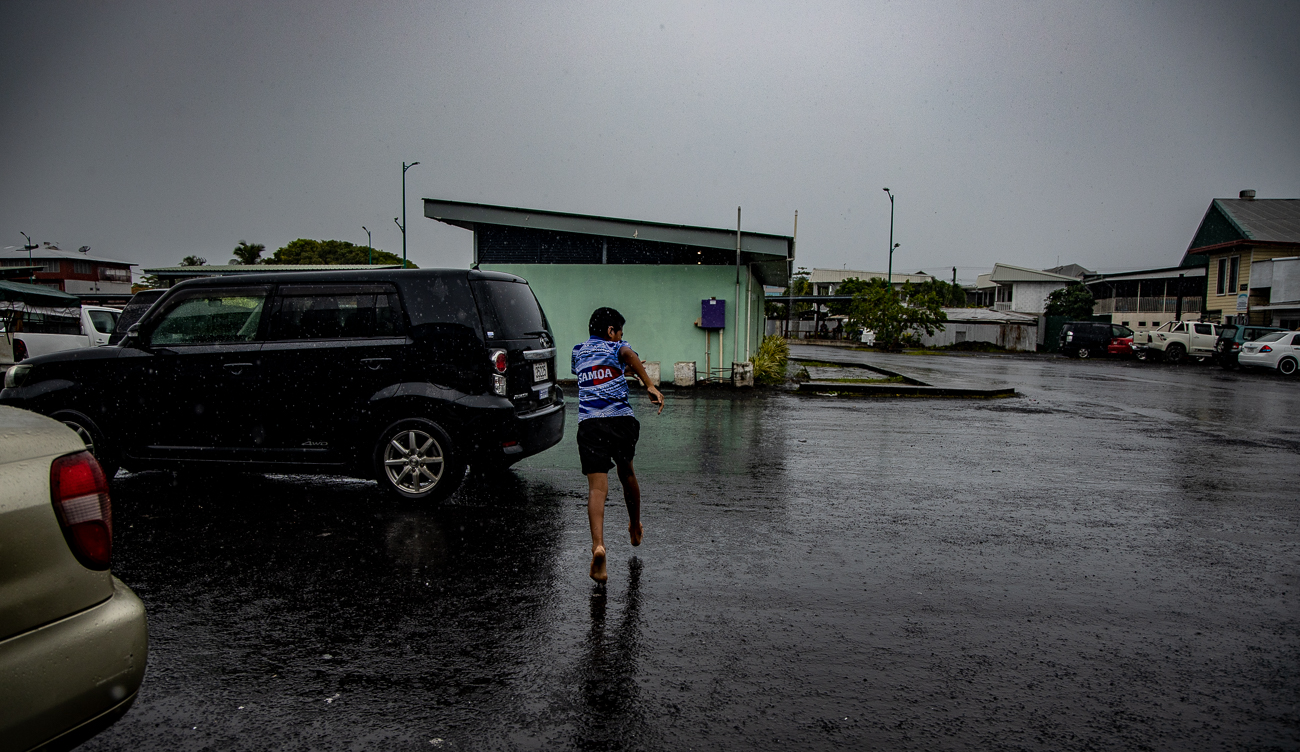 “The heavy rain advisory [has been] upgraded into a heavy rain warning, due to following rain bands approaching Samoa," the Service said in a statement.

“[Its] potential impacts [include]: heavy downpours with poor visibility, fresh and gusty winds, foggy and slippery roads over mountain passes and ranges, pooling near roadsides and waterways [and] strong currents as well as rough seas.

"Tropical Cyclone Tino was located about 1019 km to the west of Apia at 2pm [on Friday] and is slowly moving southeast."

Meanwhile projected swells of up to 4.5 metres would leave a small craft advisory in effect until next Wednesday at least, the S.M.S. said. 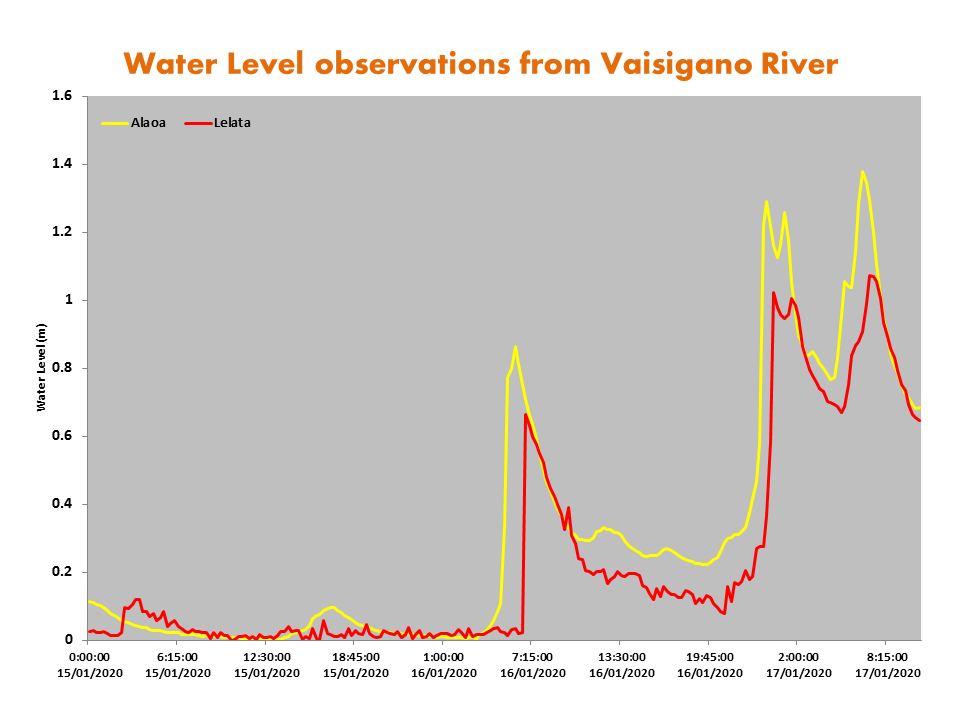 Last week, the Samoa Observer reported the nation would see below average rainfall in the upcoming months, making this week a potential anomaly whilst a tropical cyclone is gathering over the region.

The Vaisigano River is a known flood risk which has devastated properties and livelihoods in the recent past.

It is currently the focus of a US$65.7 million ($172.85 million) project to bolster its riverbanks to resist flood pressures and to make its banks more resilient to the impacts of climate change.

Several components of the project have been completed, including the building of river walls alongside the banks. The project is expected to be completed by July 2023, nearly six-and-a-half years after it began, and continue to provide protection for 25 years.