Second hottest year ever but hotter still for the Pacific

New analysis released on Thursday by the American National Oceanic and Atmospheric Administration concurs with the recent findings of a range of other international climate agencies including the World Meteorological Organisation.

The new data shows that the previous five years collectively have been the warmest such period recorded in human history.

Four different organisations are also now reporting that the last decade was the warmest on record, with 2019 almost 0.6 degrees warmer than average temperatures from 1981 to 2010.

Carbon dioxide concentrations in the atmosphere continued to rise in 2019, at a greater pace than the previous year.

The Intergovernmental Panel on Climate Change (I.P.C.C.) has warned that the globe cannot withstand temperature rises of 1.5 degrees centigrade after 2030. Against that backdrop, several climate scientists have declared the latest data as particularly concerning. 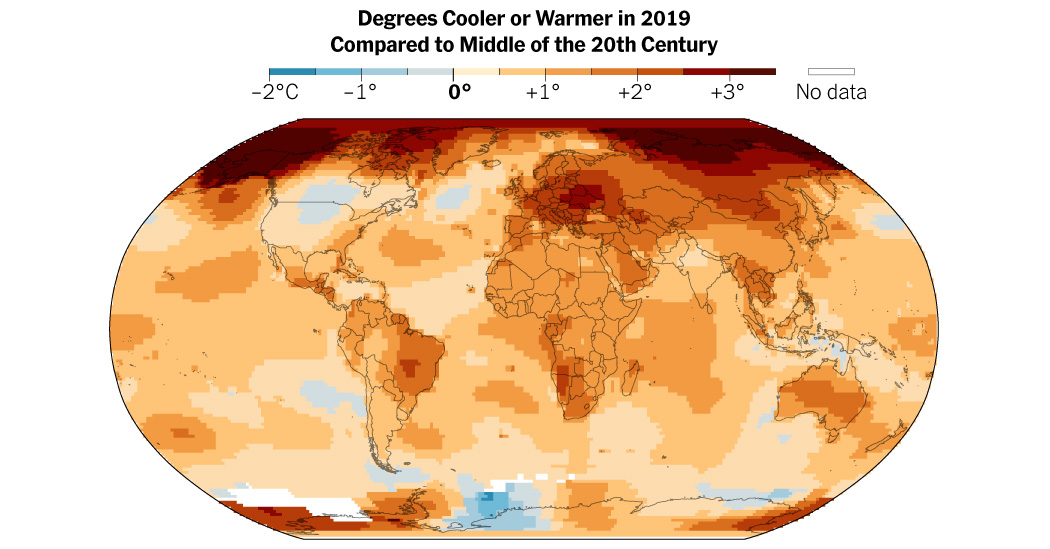 Secretariat of the Pacific Regional Environment Programme Climate change advisor Espen Ronneberg said the Pacific region sees higher temperatures on average than the rest of the world and accordingly bear the brunt of temperature increases.

“There are a number of reasons [behind the impact on the Pacific]: geographical, geological reasons, it has to do with currents and sea level, there is a whole range of factors that come into play,” he said.

Low lying atoll countries such as Tokelau and Kiribati can also expect to face disproportionate impacts from climate change are not radically reversed, as sea level rises threaten to inundate their islands.

On top of that, the increase in sea surface temperature and changes in rainfall patterns is projected to render some islands "unliveable".

“There is a risk that, as the world grows warmer, there will be a tipping point [at which] the sea level rise will begin to accelerate: this has to do with the ice sheet glaciers melting and the thermal expansion of the oceans,” Mr. Ronneberg said.

“The oceans have absorbed a lot of excess heat but I think what we are seeing is we are coming to a point where this capacity is being exceeded…the oceans, and the Pacific in particular is one of the biggest drivers of the global climate in any event so having this extra energy being absorbed in the oceans is quite a bit of a concern.” 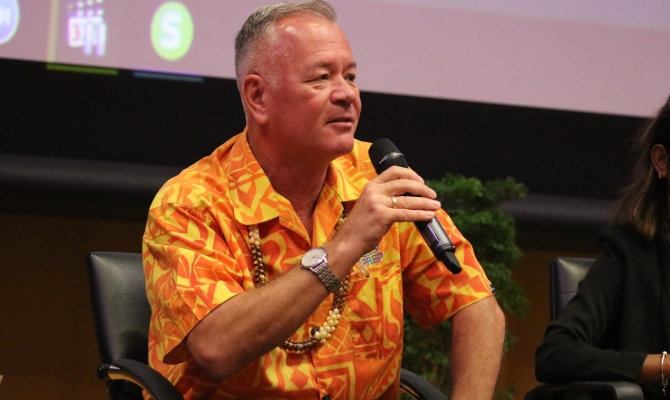 Mr. Ronneberg said the newly released data was mostly already available and known and does not signify a serious increase to the existing threat of global warming.

But despite the concerning reports and the international alarm sounding, he doubts the science will have any effect on internationally agreed upon targets and obligations to curb the industries warming the planet.

“I don’t think the main obstacles to agreement are going to be swayed by any more significant scientific reporting; it just doesn’t seem to matter to certain parties what the science is telling us,” Mr. Ronneberg said.

“It’s an uphill struggle… it has been since the beginning. We will just have to keep at it.”

Last month international climate change negotiations held in Madrid did not reach consensus on targeting more ambitious cuts to carbon emissions. The meeting was resoundingly labelled a failure, despite high expectations by the United Nations.

In the meantime, the Pacific Islands face a seemingly immeasurable task of adapting to a new global normal. Maximising the usage of data and modelling is one of their best lines of defence.

“What has to be done is to ensure the national and regional climate outlooks are supported,” Mr. Ronneberg said.

“We have to try and use the modelling that is available to us to make as good predictions as we can with national weather services for each country so they can be a little bit better prepared than without that information.

“We are hopeful that we have a little bit of time to begin to reverse these trends and bring down greenhouse gas emissions.”

While some initiatives in pollution reduction and renewable energy have come from the Pacific, and the small islands' leadership have been leading the charge to react to climate change, there is still more to be done, Mr. Ronneberg said.

“We have to prepare to adapt to some fairly significant changes,” he said.

“There is work to be done on new technologies and methods for coping with climate change, there is a lot of work towards decarbonisation that needs to be done both in the electricity sector and in transportation.”

The increasing temperatures and state of the earth’s environment have also captured the attention of international business, with the World Economic Forum (W.E.F.) naming all five of their top rated risks for the next decade as environmental ones.

The threat projections place extreme weather events; failure of climate change mitigation; environmental crime; human-made and natural disasters; and major ecosystem and biodiversity collapses were each named by the W.E.F. as the foremost international risks.

“We have only a very small window and if we don’t use that window in the next 10 years we will be moving around the deckchairs on the Titanic,” said President of the W.E.F. Børge Brende.

“This is the year when world leaders must work with all sectors of society to repair and reinvigorate our systems of cooperation, not just for short-term benefit but for tackling our deep-rooted risks.”

The W.E.F. will meet in Davos next week, where climate change activist Greta Thunberg has challenged participants – national leaders, private institutions, banks and companies – to immediately halt investments in and subsidies for fossil fuel exploration and extraction as well as complete divestment from fossil fuels.

“The world of finance has a responsibility to the planet, the people and all other species living on it. In fact, it ought to be in every company and stakeholder’s interest to make sure the planet they live on will thrive. But history has not shown the corporate world’s willingness to hold themselves accountable," Ms. Thunberg wrote in a piece for the Guardian newspaper.

Other organisations to have also found 2019 to have been significantly warmer include the United Kingdom's Meteorological Office with the University of East Anglia; the National Aeronautics and Space Administration (N.A.S.A.) and Europe’s Copernicus Climate Change Service.