Craig Mansfield and Vicki Lennon in Samoa to spend time with family and away from the Australian toxic air. (Photo: Aufai Areta Areta)

A son of Samoa, Craig Mansfield, and his fiancée, Vicky Lennon, say they are counting themselves more than lucky after bushfires ravaging Australia for months narrowly missed their family home.

The family's home in Buxton, in the south-western suburbs of Sydney, was spared last month when the path of a raging bushfire somehow carved a path around their street sparing their home and a handful of others while other residents' were left in ruins.

Mr. Mansfield, who is from Alafua, said that their suburb had been engulfed in the heavy bushfire smoke and they were alerted to the advancing inferno but were initially not aware of how close their home came to the fire line.

On December 19, he and his fiancée woke up to heavier smoke than usual but did not think anything of it. Sydney had been affected by bushfire-related smog for several months.

At that point Mr. Mansfield's phone began sounding the alarm; an application warned them that their suburb was in the path of oncoming fire.

Working an hour away from their house, he began to worry, calling his fiancee to see if they could find any information about whether their house was facing an imminent threat. But both were unable to go home and check because roads leading up to their property were blocked.

Soon after, the bushfire tracking application issued an alert that 90 per cent of the houses in a nearby street had been burnt by the fires, which were now headed for their street.

At this moment, the fire map tracking app on their phones showed that the fires had burnt 90 per cent of a nearby street and spread over to their street.

For hours, they were resigned to the loss of their home.

"All I heard was that our area was burnt down," said Ms. Lennon.

"We were thinking what's going on with our house and it was just really scary. And there were some people still stuck there, they couldn't get out.

"We were one of the lucky ones." 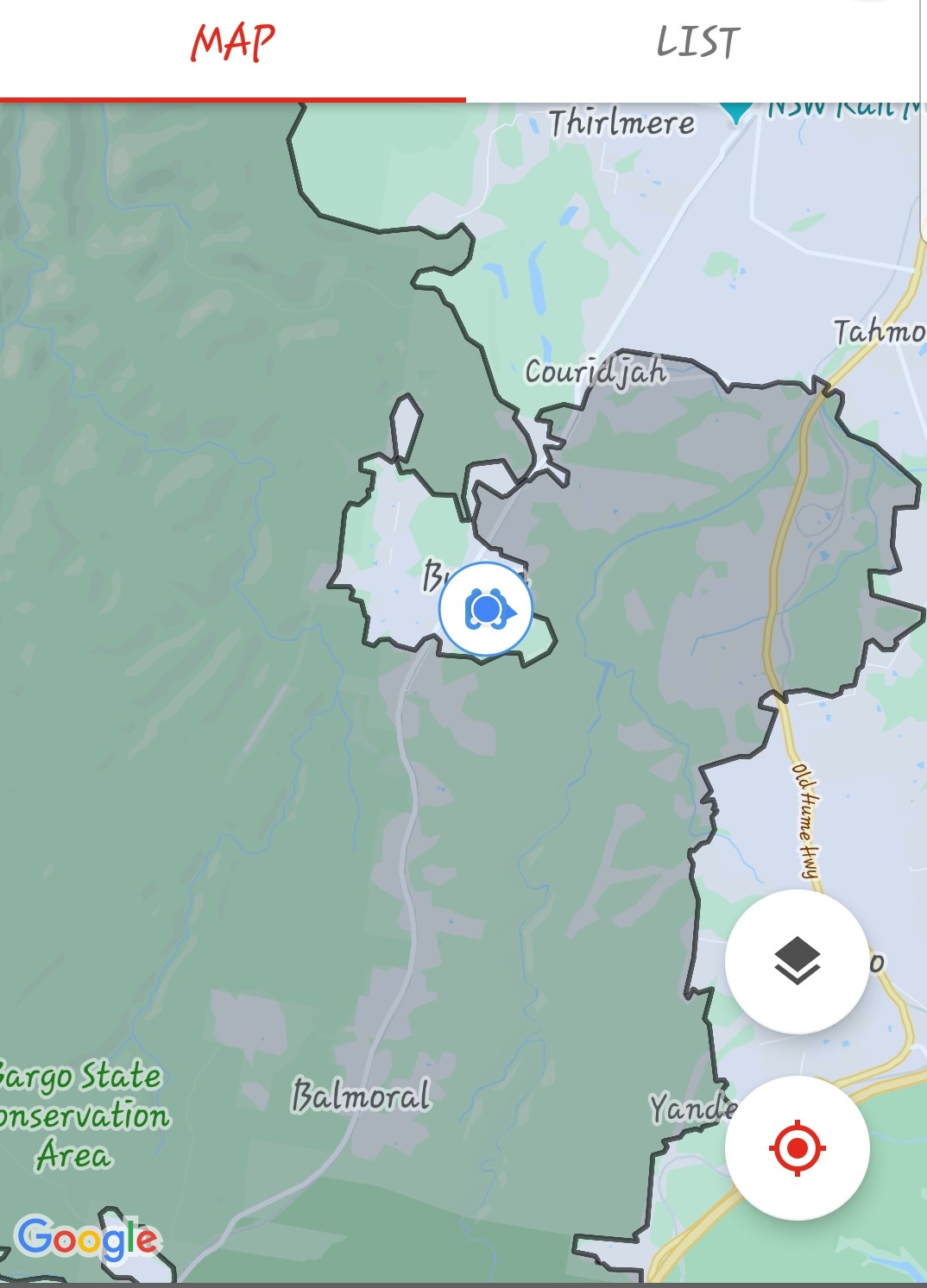 The couple says they feel more than lucky that the fire's path did not touch a small "bubble" of about 11 streets in Buxton. They feel blessed.

On that day, their house was saved when the fire literally went around their corner of the suburb while other nearby homes were reduced to rubble. The couple placed all their faith in the power of prayer and, they say, it held true.

"I remember when I called [Vicky] that I cannot go home [...] I remember exactly what she said: 'All we can do is pray', and so I did," Mr. Lennon recalls.

"We both have been praying and all of families and good friends sent their thoughts and prayers.

"And then when I looked at the map later, hours later, they updated the fire map and [fire] was literally around [our house]; I couldn't believe it."

Ms. Lennon said those few hours of waiting for an update were a mixture of stress, tears and, most of all, prayer.

"Even his mum here in Samoa said she was praying every day for us," she said.

"I mean we always pray for our home and neighborhood. But how can it just come and go around, and it just feels like a blessing."

They were only allowed back in their suburb days later, on December 22.

The couple who have been together for about four years are still praying though as they still have a few weeks left of summer.

"Fingers crossed but that's something you have to live with when you live in Australia," said Vicky.

The couple's sentiments of feeling blessed were mixed with sadness as they know a lot of lives that have been claimed by the blaze.

While large parts of Australia's worst fire-struck regions welcomed heavy rain on Thursday, the catastrophe will be felt for years with more than 2000 homes estimated to have been burnt to the ground so far.