Vaipuna residents are lamenting the heavy rainfall which flooded the main road and got families worried about their homes getting caught in the deluge.

Vaipuna resident, Leo Leola, whose house is next to the main road, told the Samoa Observer that the flooding is not a new problem and they have raised it with the authorities.

“For years, we have experienced flooding in terms of the main road, but we have also raised it with Government officials,” he said.

“During the cyclone season Samoa experiences heavy rainfall and it is these times that we dread the most. With heavy rainfall comes floods, because our home is built close to the ground, it easily gets flooded and that is something that we have to deal with so many times,” she said. 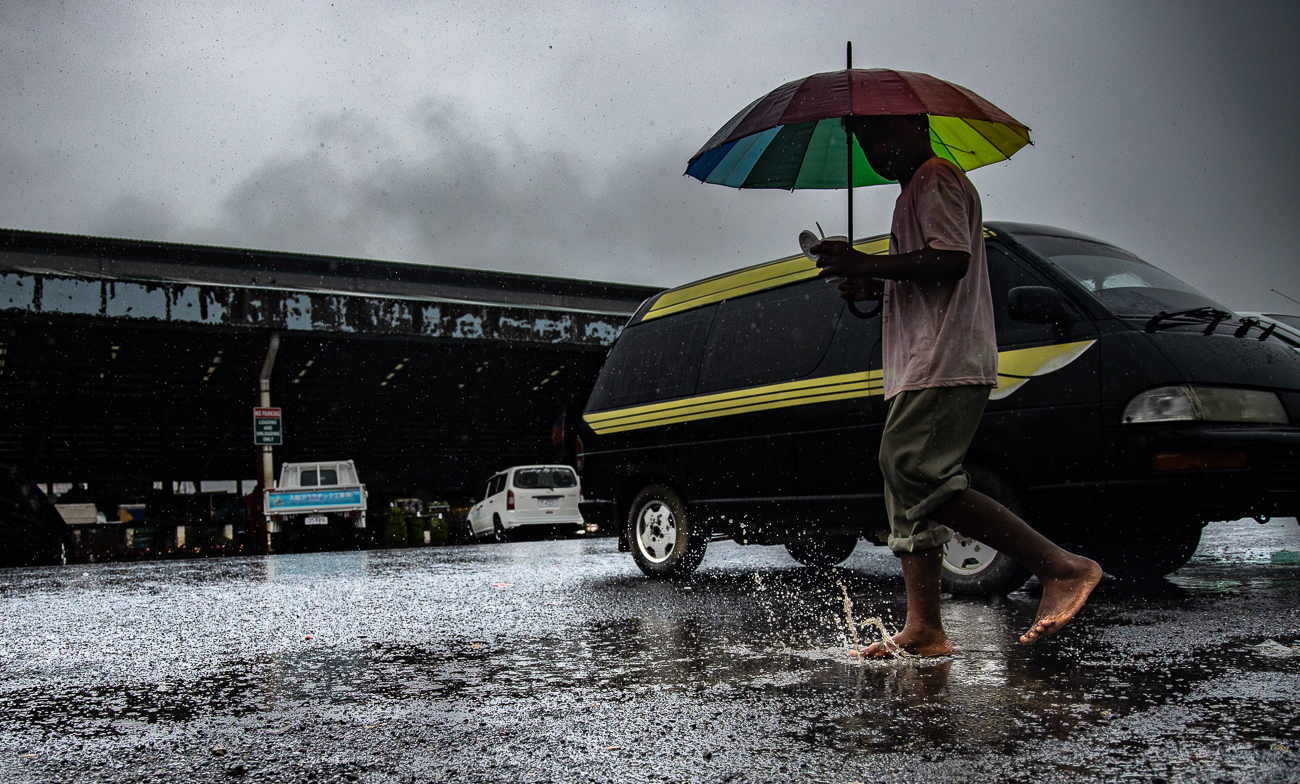 “When it gets really bad we have no choice but to move and stay at some of our relatives, just so we can avoid living in a flooded environment.”

She said due to the flooding on the main road, water flows back to their home to endanger their personal possessions as well as young lives.

“Last year, there was a proposition by some of the residents to build a cemented road but I guess it did not work out because everyone had to fork out $2,000. The costs or fees for the new roads are an inconvenience for some families, because they have to prioritise putting the children through schools.”

While the Vaipuna residents are hoping for clear skies after three consecutive days of rain, the Samoa Meteorological Service has advised that a heavy rain advisory remains in force for all of Samoa. 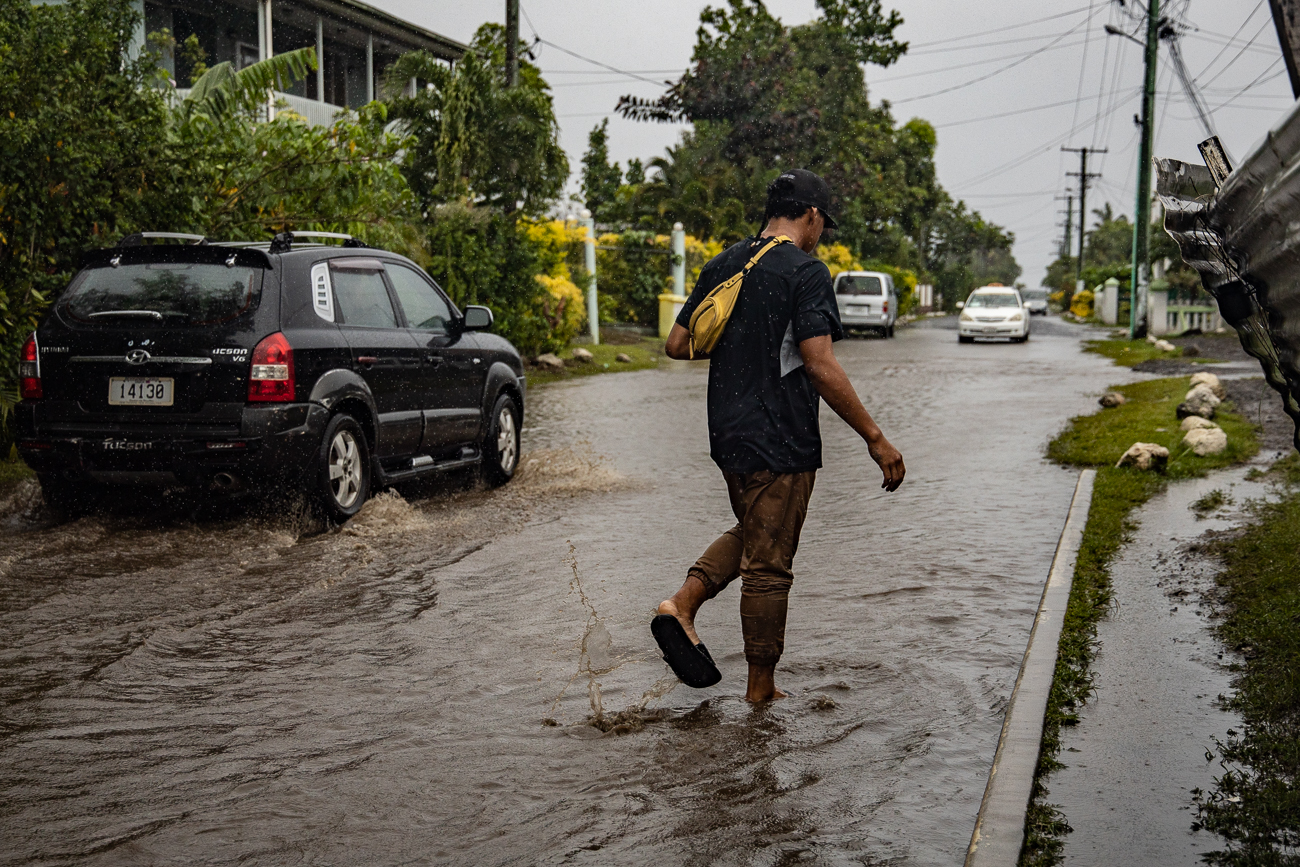 “The active convergence zone lies just south of Samoa. Areas of heavy rain also shifted southward. However, a trough of low pressure lies just north of the group and will maintain unsettled weather conditions across the area,” the Service stated in an update.

“The deep upper level westerlies will enhance the development of heavy showers and gusty winds across Samoa. Global models suggest these rainfall activities to remain nearly stationary through tonight.”

The Service has also warned that due to heavy rain, there is potential for poor visibility, gusty winds, foggy and slippery roads over mountain passes and ranges pooling near roadsides and waterways. 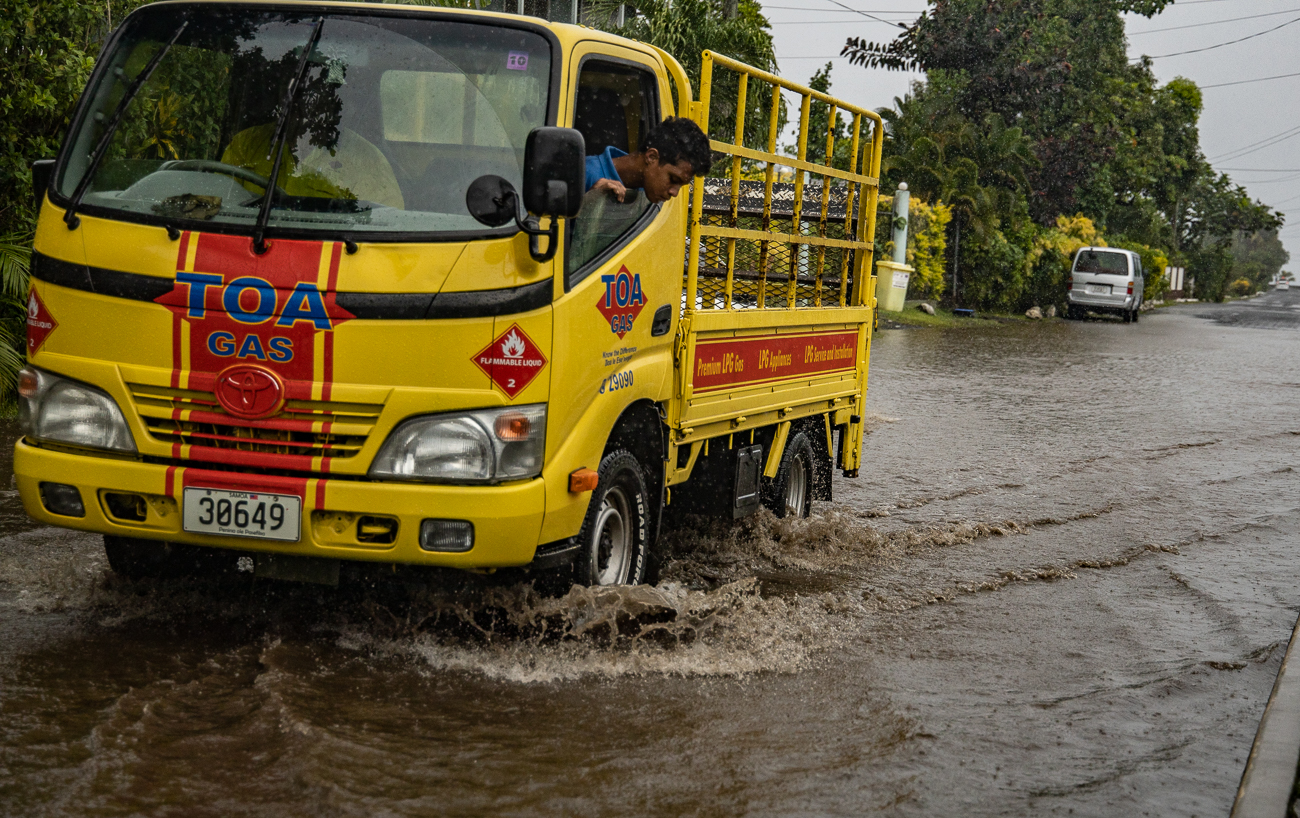 A small craft advisory also remains in effect for all of Samoa’s open waters due to high swells.

“Global models suggest these northerly swells to fall below the advisory threshold tonight. These conditions are necessary to maintain the small craft advisory for all Samoa open waters for safety. Potential Impacts include strong currents as well as rough seas.”