The taxi involved in the crash. (Photo: Aufai Areta Areta )

Three vehicles were involved in a car crash at Malie on Saturday afternoon.

The vehicles included a red Nissan X Trail, a white taxi, and a grey Nissan minivan. All vehicles were heading towards Apia when the crash happened. No one was seriously injured. 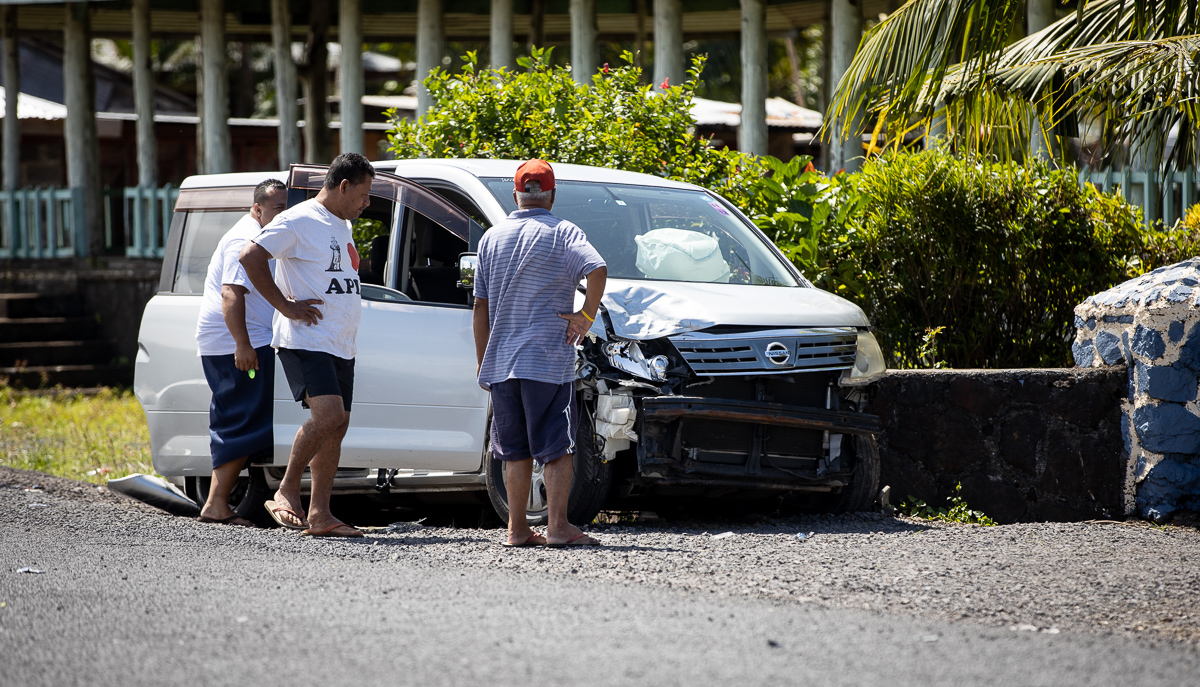 But the cars were badly damaged.

A bystander, Sam Leo. said that Police were called immediately. 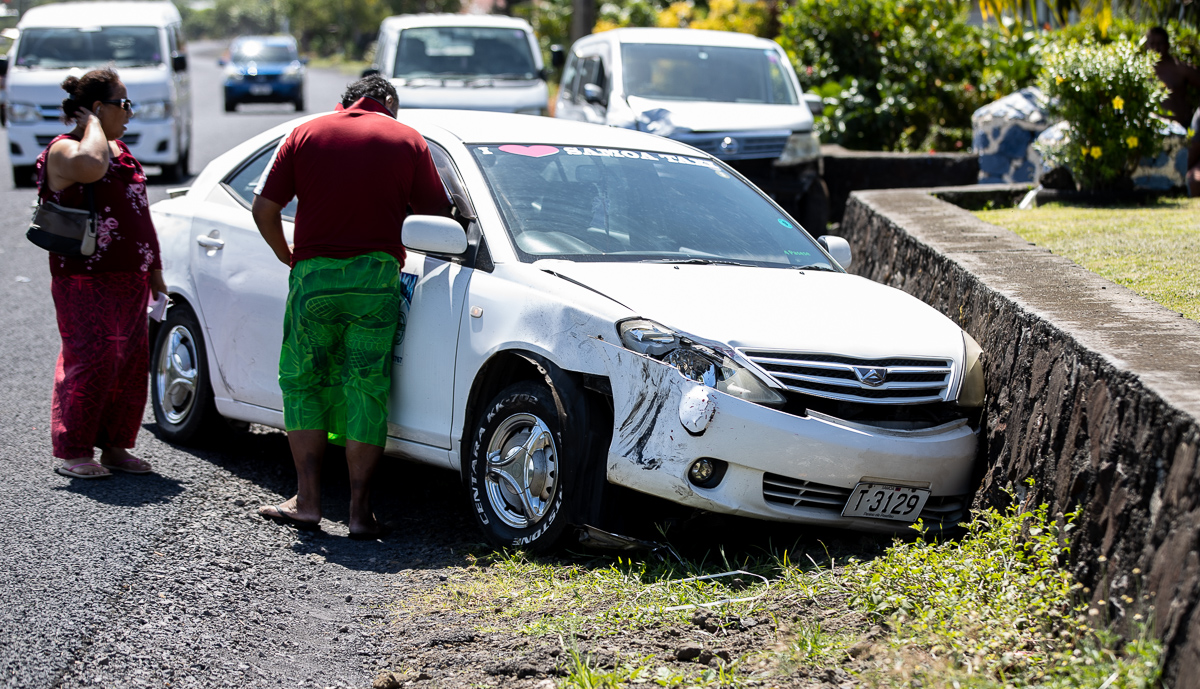 “We were just walking on the road when we heard a loud noise coming from the cars colliding," he said.

“From what we were told, the grey van was trying to overtake the taxi but it ended up hitting the taxi and the taxi crashed into the red X-Trail.

“We are very happy that no lives were lost." 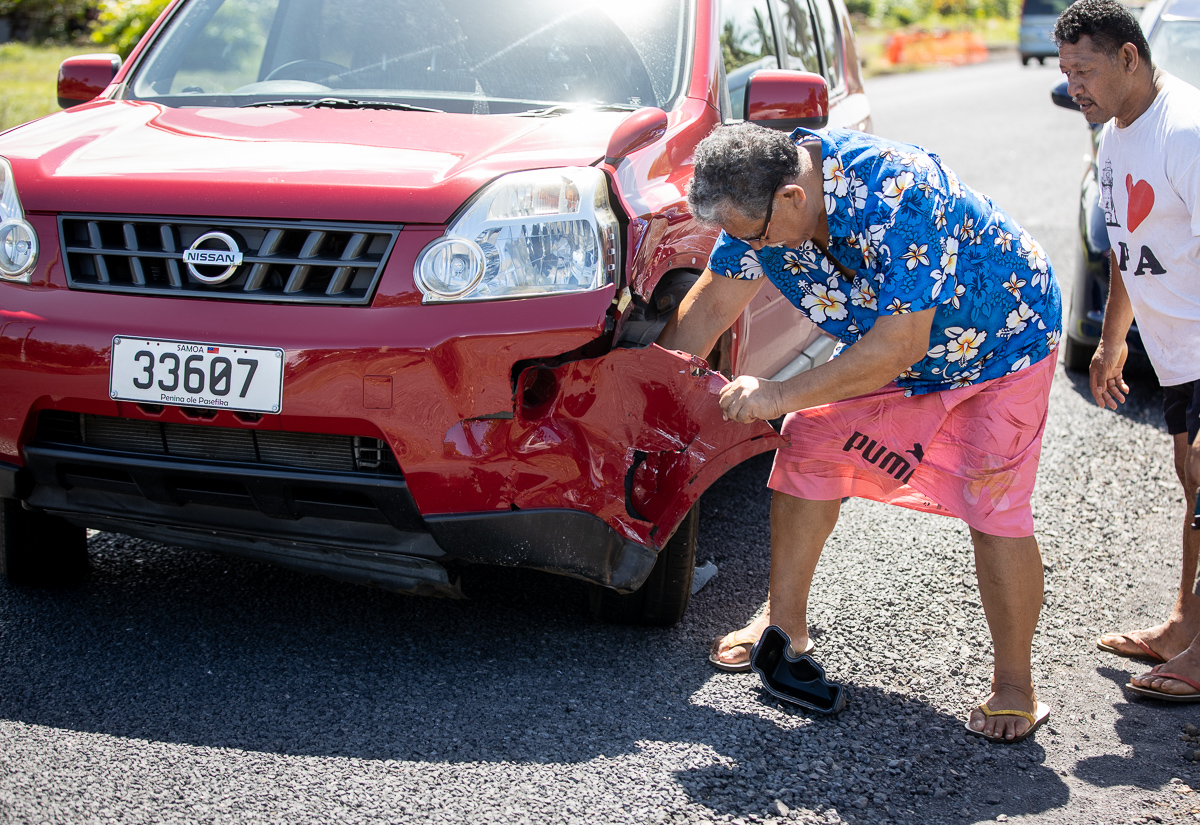 “Another good sign was no severe bodily injuries were seen amongst the passengers and drivers of the vehicles involved.”

The Police were not present when the Samoa Observer arrived at the scene.