Girl Geek Academy’s first ever coding workshop for girls and women sold out, leading the team to run a second session for another dozen girls and their mothers, aunts and grandmothers on the basics of coding and information technology.

The Learning Centre in Moto’otua was packed to the rafters on Saturday with girls, some as young as six, trying out the world of code for the first time.

At the end of a two-and-a-half-hour session of nonstop coding practice, the girls were awarded graduation certificates and taught how to access the resources they used online, so that they can keep practicing until the next workshop is planned.

Tagiilima Neemia – who organised the workshop just weeks after returning from the Royal Melbourne Institute of Technology, where she graduated with a Masters in Cyber Security – said she was overwhelmed with the turnout.

The workshop #MissMakesCode is devised by Girl Geek Academy and was originally founded in Melbourne. Co-founder Sarah Moran travelled to Samoa to help Ms. Neemia run the first session as a test-run for more to come.

Ms. Neemia said she was impressed that there was so much demand for the workshop that they had to run a second session. 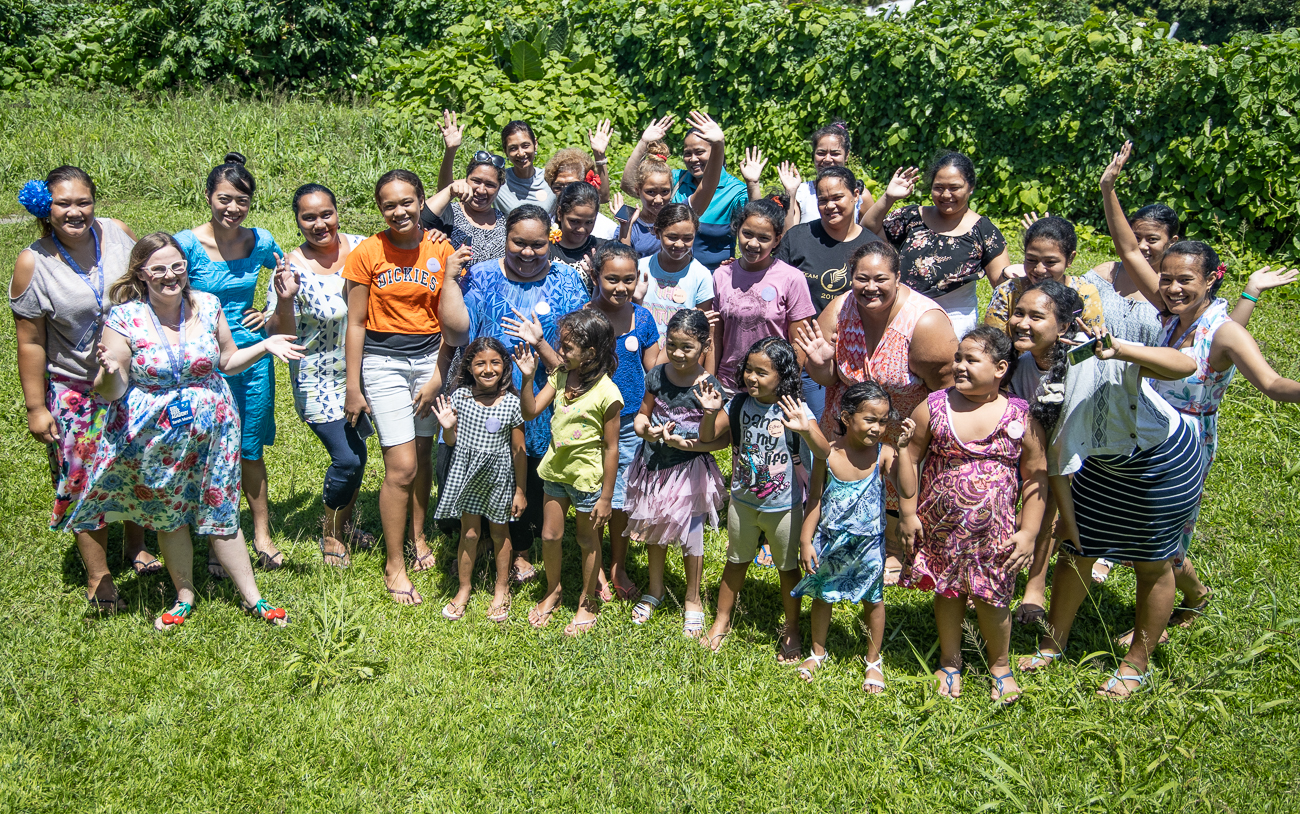 “It was amazing and we were able to saw the interest and the happy faces of kids and mums that attended," Ms. Neemia said.

“I think what’s good is that they have a take away from this, a game they created and also the friendship they have created. Not only that, they now have the basic knowledge to get started."

Poutasi Seuseu enrolled her eight-year-old daughter Victoria and 20-year-old sister in law Grandeur Leota, hoping they would benefit from learning something new.

Both said they were excited to continue practicing what they learned when they got home.

“It’s a good experience for me to learn these new things,” Miss Leota. She and the other students learned how to build a game using code, and she said she wants to make some more at home.

“It was a little bit hard so when I get back home I’ll show it to my cousins, sisters and my brothers. “It was great to meet with other students too and I am looking forward to coming back again and again.”

Ms. Seuseu said when she read about the organiser, Ms. Neemia, she liked her vision to educate young women in technology.

“For me as a working mum, computing is really useful so having that for my child and my sister, I feel it’s really important to gain the knowledge at their age,” she said.

She said she loved that parents were invited to learn alongside the children, and that the students also have the opportunity to keep practising at home using the online resources. 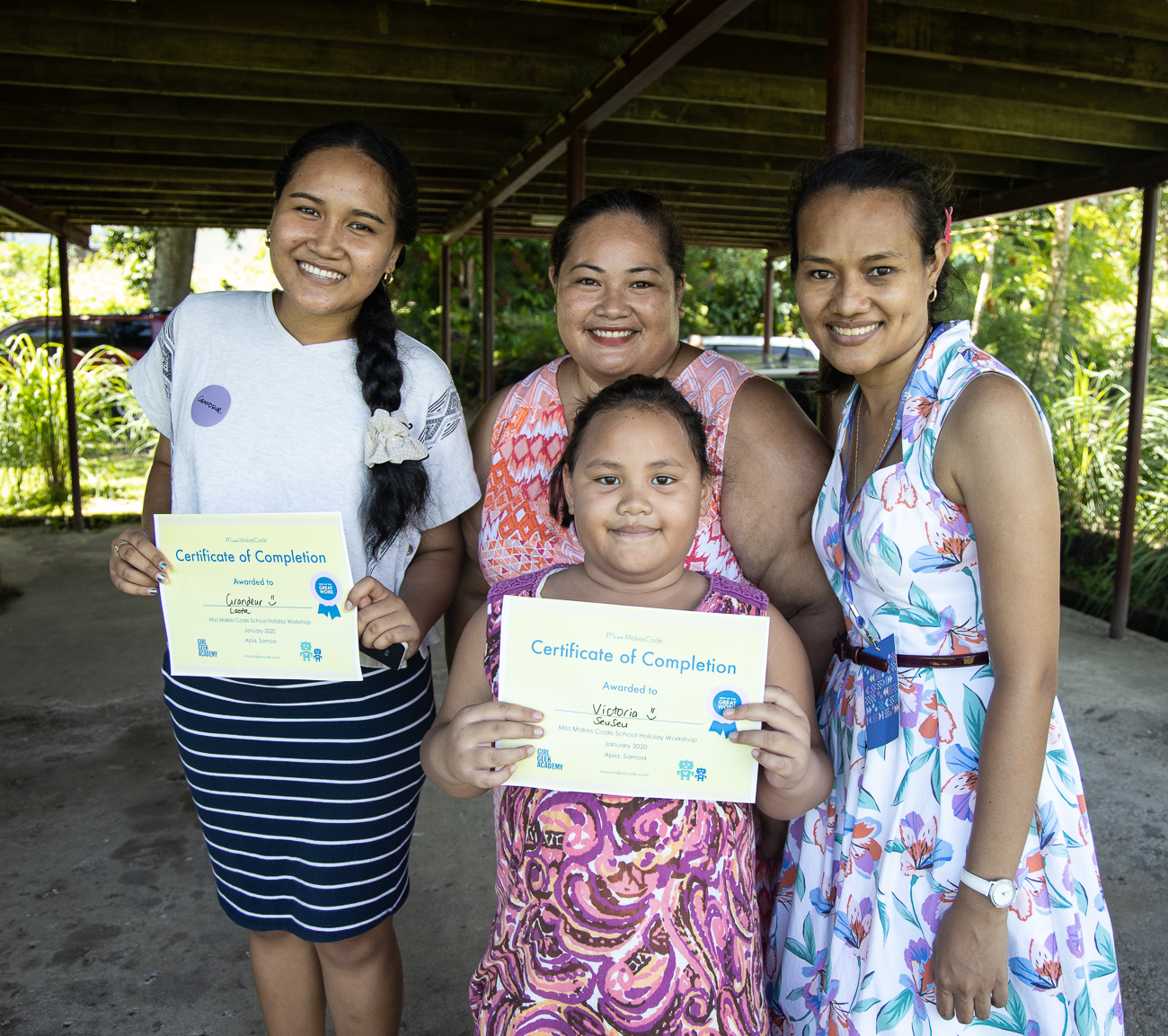 Patricia Lesatele Ainuu enrolled her ten-year-old daughter Franicia Ainuu and said it was a marvellous experience for them both to learn something completely new.

Her daughter got the chance to use a computer beyond watching cartoons on Youtube, she said.

As well as the practical I.C.T skills, Ms. Ainuu said the workshop also taught her about the importance of networking with like minded women and people in her business.

She runs a clothing store, and said usually she is too shy to network which might help her expand.

“From this training I learned, well, you need to connect with others to develop.” 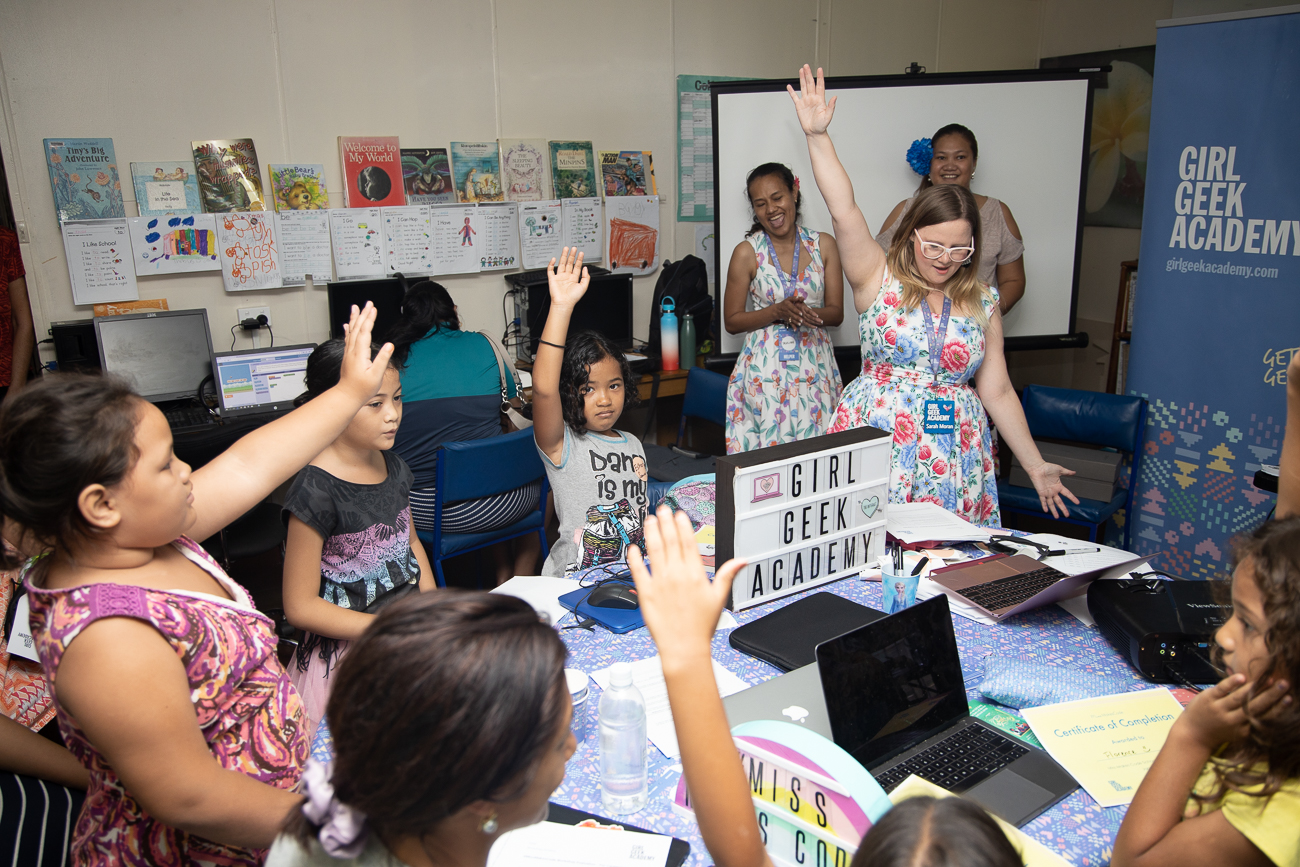