New District Court Judge Loau Donald Kerslake was sworn-in to office on Friday as the newest member of Samoa’s judiciary.

Acting Chief Justice, Vui Clarence Nelson said Judge Loau should be guided by God during his term on the bench and reminded him to remember his oath at all times.

“You must always be vigilant and alert and in all things be guided by the Lord. Rely on God throughout any challenge or difficulties, and always carry out your work in honesty, respect, be humble and have enough patience,” he said. 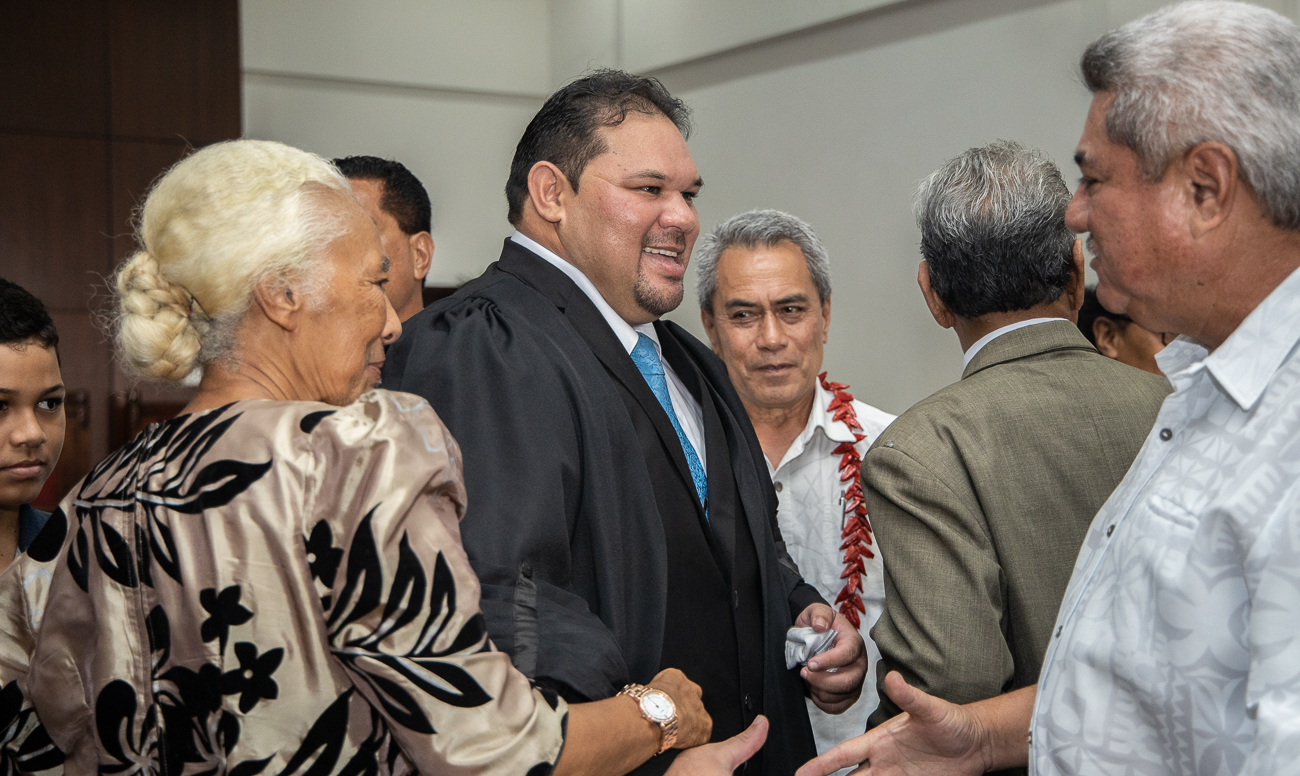 “There will be temptations and you will be hated by others but that is the nature of the work.”

The addition of Judge Loau to the bench will also add value to the District, according to the Acting Chief Justice.

“The District Court is in fact the busiest court and processes more cases than any other court room.”

Judge Loau said he was honoured and grateful for being appointed to the new role, and acknowledged that his new journey would not be easy.

“It is a very important position to serve our country and people,” he said.

The 39-year-old Judge, who is from Vaiala and Saoluafata, thanked Justice Vui for his words of encouragement. 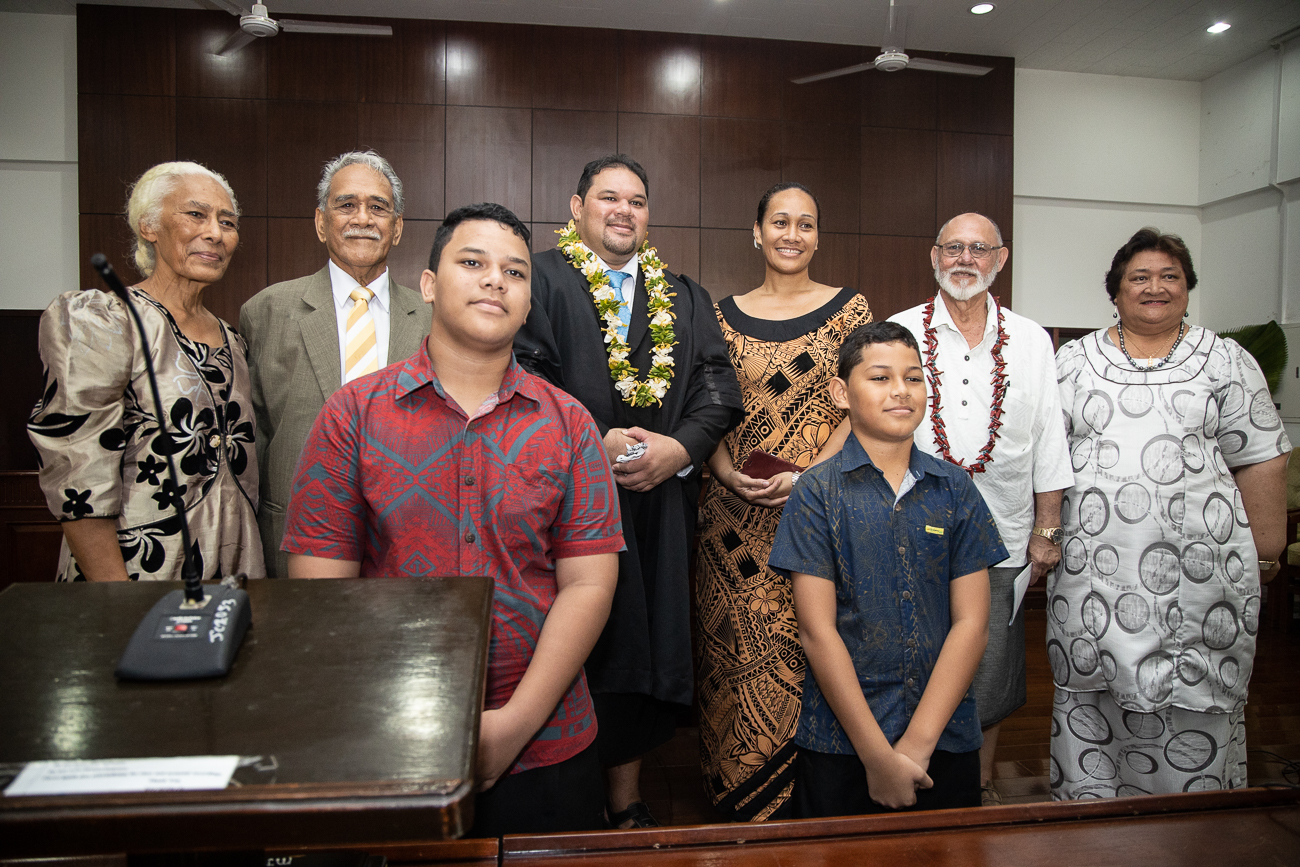 “I will not take the appointment lightly and know that there will be great challenges ahead, but with your oversight and vision and the guidance of my fellow judges, I am assured that any obstacles can be overcome,” he said.

“The challenge is not easy and I still need to seek help from God, other judges, and families.

“I also thank my colleagues here for the advice leading up to my new appointment. I can only pray that our Heavenly Father continues to shower blessings upon all of you as you continue to serve our nation in duties and obligations.” 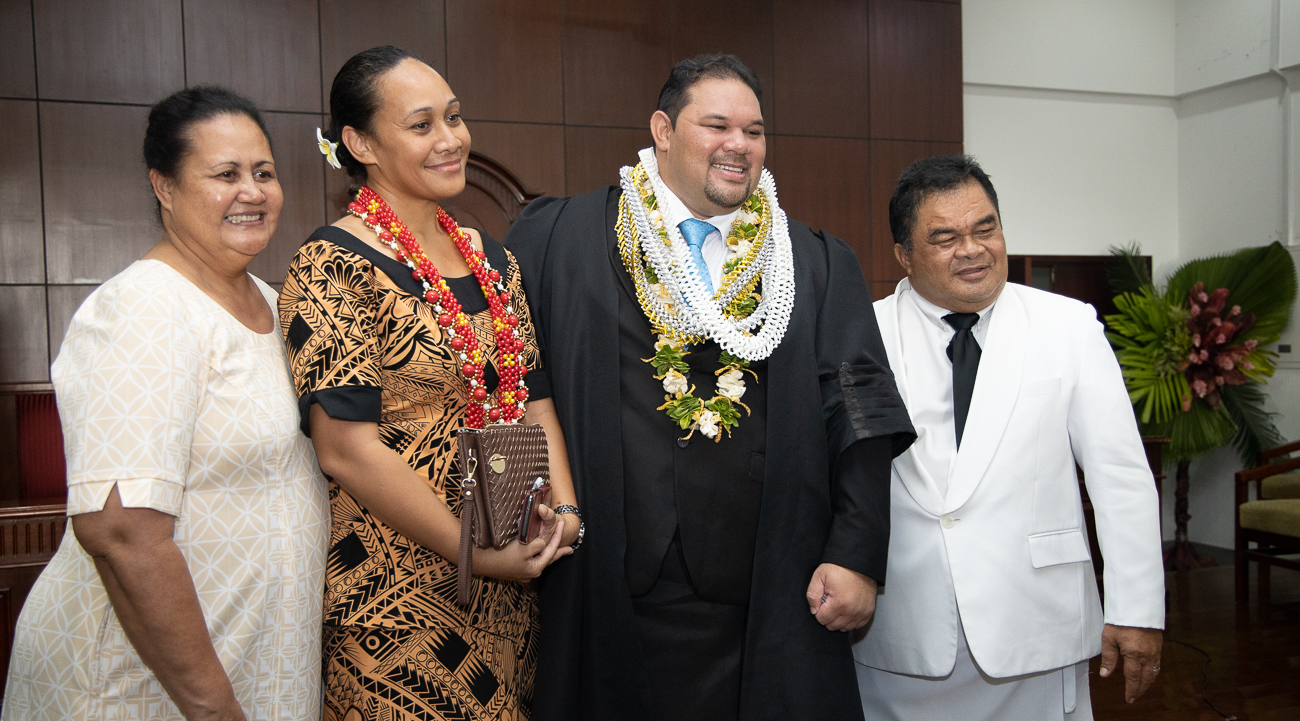 Currently, he is a member of the Pacific Red Cross Societies Constitutional Advisory Committee.

Previously from July 2009 to July 2012 he was an Assistant Attorney General in the Civil Division at the Attorney General’s Office in Samoa, and a former partner at the Meredith and Kerslake Law Firm.

He is married to Elisapeta Alailima-Eteuati and has four children.