Samoa
Muavae Va'a, President of the Pacific People's Partnership from Canada with Fuiavailili Luteru Taulia who spoke on his behalf throughout the ava ceremony. (Photo: Vaitogi Asuisui Matafeo)

Canadian non-profit the Pacific People’s Partnership and the Samoa Social Welfare Fesoasoani Trust have teamed up to reach more victims of the measles epidemic, which has claimed at least 83 lives and infected around 5700 people.

In a charming ava ceremony led by participants of the Fesoasoani Trust programme, President of the P.P.P, Muavae Va’a, was welcomed and thanked for the money and resources he carried from Canada to Samoa.

Mr. Va’a will spend time this week visiting families and communities devastated by the measles epidemic, as well as get resources to those in need including the district hospitals.

“I want to visit families who were affected, it’s an opportunity to connect with them at let them know we are thinking of them,” he said.

He has also brought with him a book of supportive messages from his community in Canada to share with families. 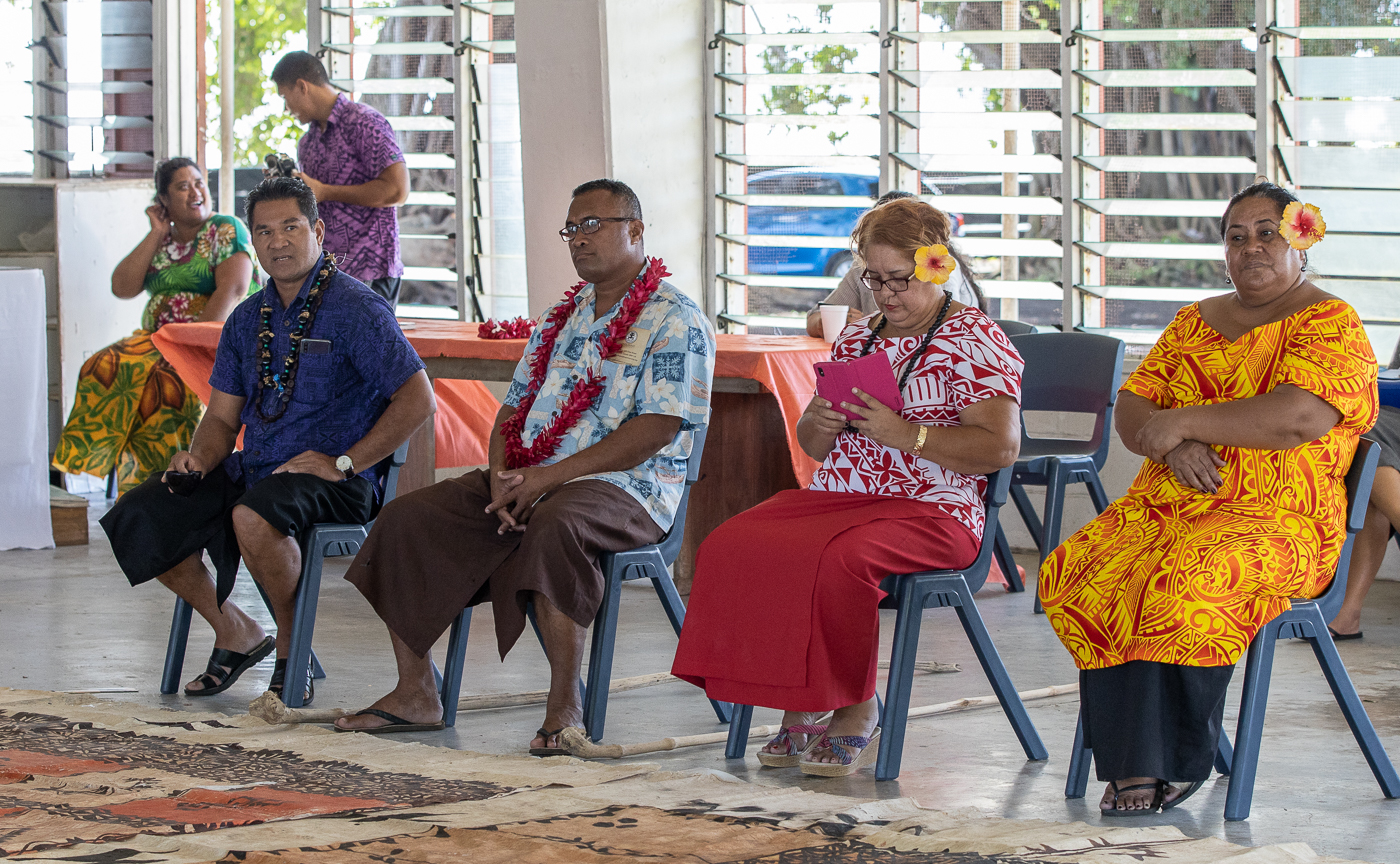 Their local partner is the Fesoasoani Trust, whose operating budget is funded partly by the P.P.P.

Chief Executive Officer, Leaula Theresa Asiata, said they have been good partners to each other.

He was Peter von Heiderbrandt, and the first child lost to the disease. Many more would follow.

She said she immediately turned to her Canadian partners to ask if there was any way they could help, and they leapt at the opportunity.

Mr. Va’a opened a financial appeal and have started fundraising before landing in Samoa last week.

He will also fund a washing machine for Lalomanu district hospital that told the Fesoasoani Trust they are without one.

“I felt as a Samoan I need to do something. I began to talk to our board members and pushed for a fundraising project,” Mr. Va’a explained.

Private individuals, businesses and organisations have all supported the fundraiser, including Mr. Va’a’s missionary organisation Youth with a Mission.

Leaula has partnered her organisation with the Samoa Red Cross in order to reach the families who need support, and extended the resources of the Trust to families too.

The Pacific People’s Partnership (PPP) is an organisation focused on supporting the Pacific People in Canada, and is a marriage between not only Pasifika but also the indigenous population of Canada.

Mr. Va’a is married to a member of the Tsartlip First Nation, and believes the two cultures have a lot in common.

“When we talk about the connections, we look to the sea,” Mr. Va’a said in an interview with a P.P.P. intern.

“The Pacific Islanders and here [Indigenous peoples of Canada] have respect and protocol for the land and waters.”