The Ministry of Justice Courts and Administration is ready to confront the challenges and welcome the blessings of the New Year.

This followed a prayer service held on Tuesday morning at the Supreme Court Room 1 to commit the year's work to God Almighty.

Members of the Bench of the various Courts, the legal fraternity and the Ministry of Justice staff were also present.

Archbishop Mataeliga told the gathering that he understands the work of the Courts is not easy but is of the firm belief it is done with righteousness. He urged the workers to depend on God so they can do their work not only for what is right but with love.

The Acting Chief Justice, His Honour Vui Clarence Nelson, spoke about the past year, describing it as turbulent.

He paid tribute to the former Chief Justice, Patu Tiava’asue Falefatu Sapolu, whom he said “delivered a loyal and faithful service to the rule of law for over 25 years”.

There were other notable developments.

“We boycotted/endured a Parliamentary Inquiry into the Land and Titles Court system, an unfortunate but understandable reaction by the judges of that Court,” he said.

“We witnessed for the first time the suspension and dismissal of senior judicial and court officers, the retirement of others; and the reinstatement by Parliament of the President of the Land and Titles Court..

“This was no easy or pleasant time for the Judiciary, the Judges, or the Ministry of Justice and the Court staff, who had numerous disciplinary issues to contend with.” 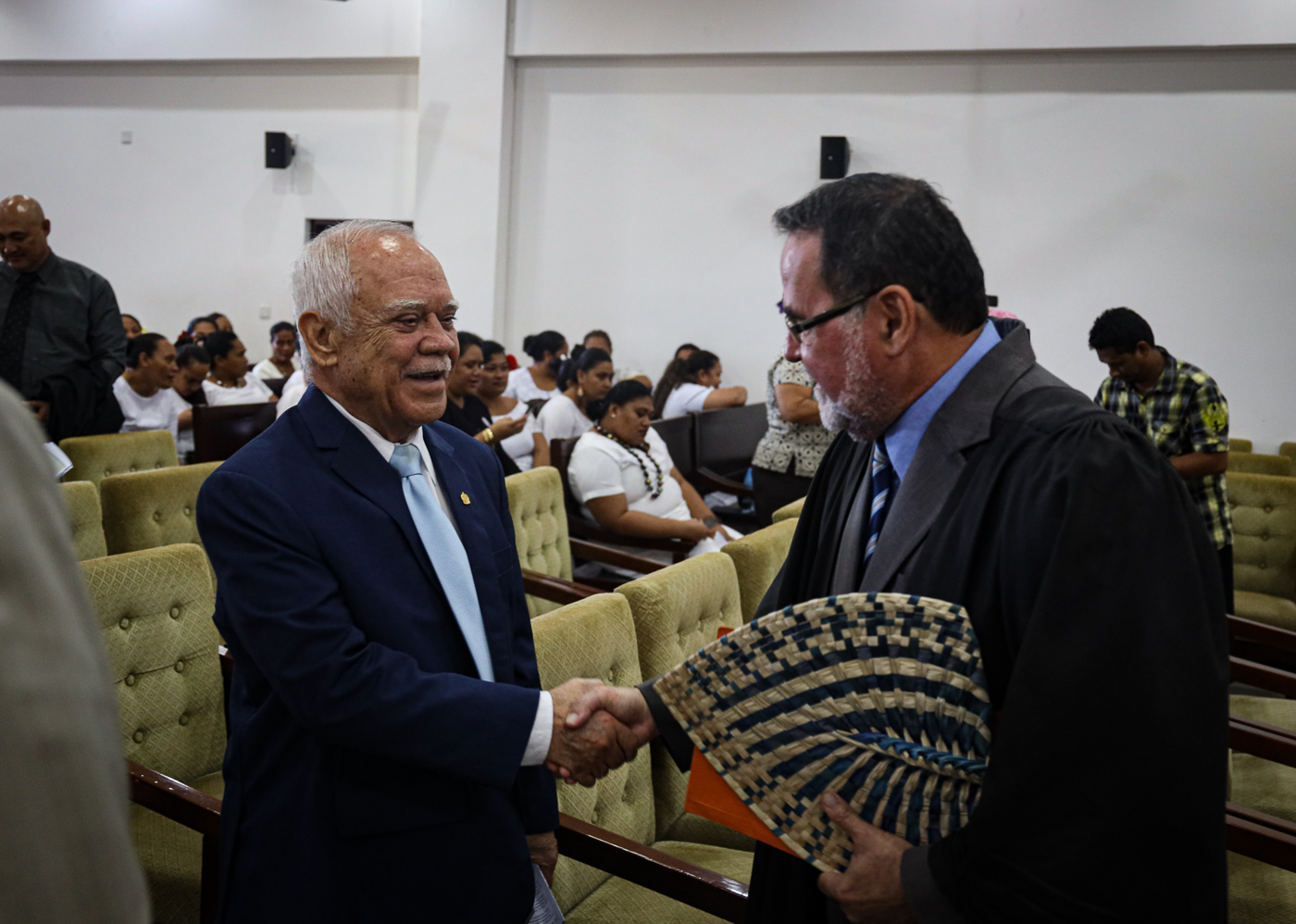 But the Acting Chief Justice referred to a well-known quotation “a bend is not the end of the road, unless you fail to make the turn” to describe the journey they had gone through.

“I believe we have turned a corner and emerged better and stronger for the experience,” he said.

“It is now time to look to the future and the development of the Courts of the country.”

He acknowledged the continuous support from Prime Minister Tuilaepa and the Government. In addition, he thanked the assistance from development partners of New Zealand and Australia through their various judicial programmes.

He said such support is essential to ensure the proper and efficient functioning of any stable, vibrant and progressive society.

All this support will manifest itself in the programmes planned for the year 2020, he said.

The workshop and training will start rolling out on Wednesday this week for 24 Judges of the Land and Titles Court.

This will be followed by a complete revision and re-issue of a Benchbook for all Land and Titles Court Judges.

“It is hoped these tools will promote the swift, efficient and economic delivery of decisions of that Court,” said Justice Vui. 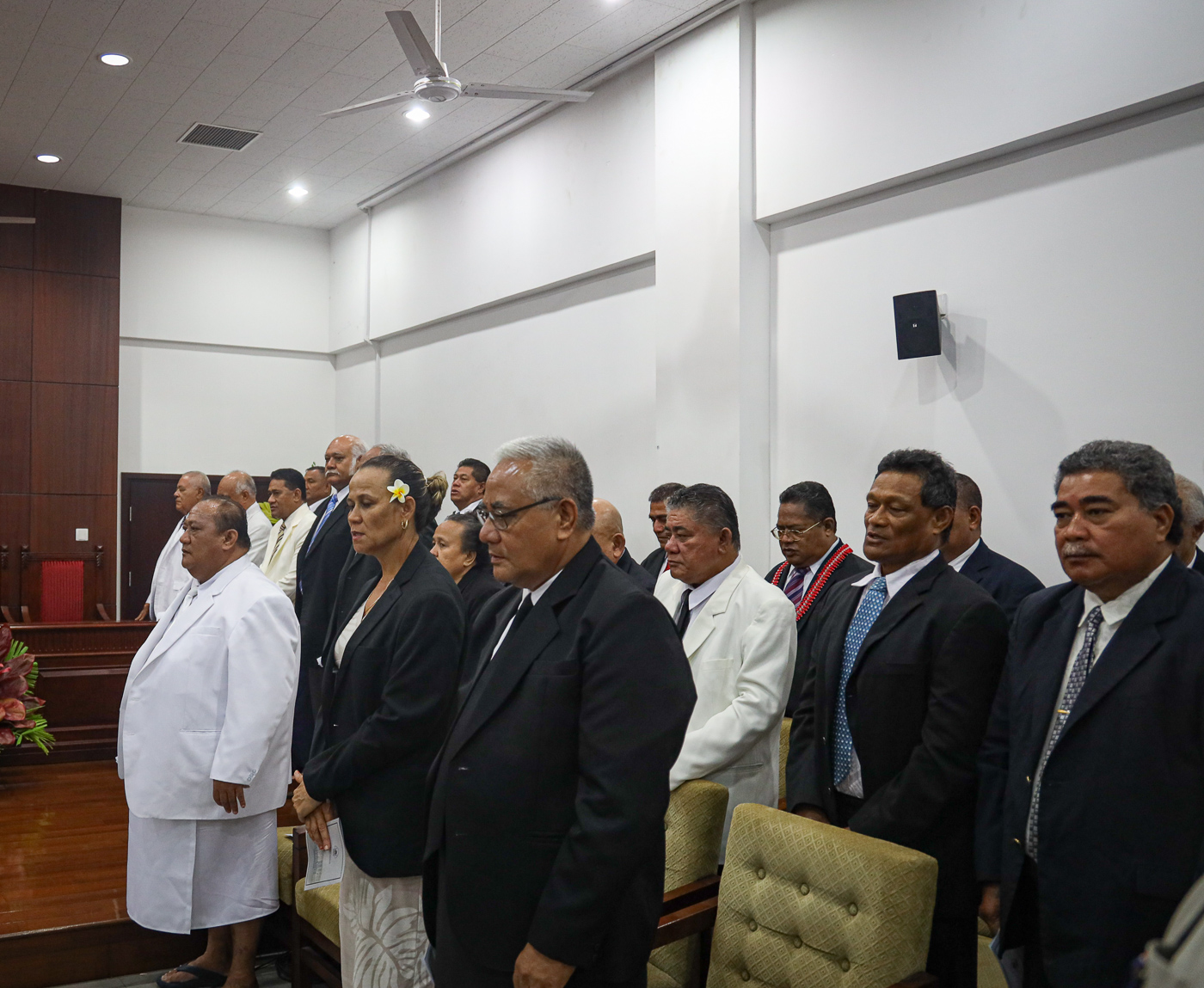 Further workshops are planned during the year for the judges of the Supreme and District Court to refresh and update their Honours on new trends and developments in the law.

“We have a busy Executive Branch and Parliament, and the law is akin to a living and breathing organism,” said the Acting Chief Justice.

“Constantly reshaping itself, modifying, changing and evolving, for the betterment of the people it serves.

“So that it may competently and effectively discharge its primary function of interpretation and the just, fair and equitable application of the laws of the country.”

The conclusion of 2019 saw the appointment of ten new Judges of the Land and Titles Court.

Justice Vui said this year begins with the appointment of two new Judges; a new District Court Judge and a new Supreme Court Justice to be sworn in hopefully next week.

“These appointments are essential to meet the increasing number of cases being brought not only in the Land and Titles Court but also before the Civil and Criminal Courts,” he said.

“The proliferation in cases being matched only by the complexity and ingenuity of the arguments and issues advanced by the lawyers and the parties bringing such claims. Other measures will be adopted both by the Judiciary and the Ministry as the year progresses in order to cope with this ever increasing workload.” 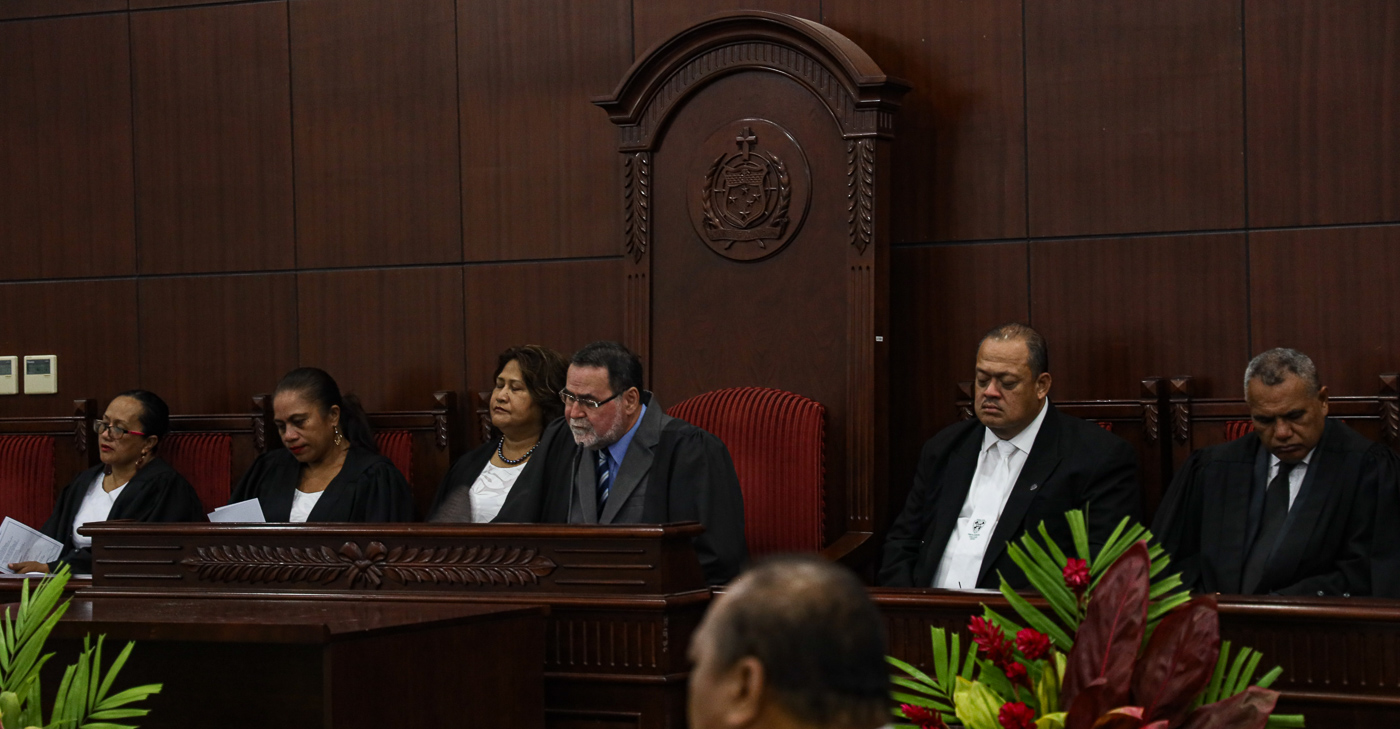 The Ministry of Justice has also identified three key goals for 2020: the reduction of Court delays, the improvement of its record management systems and professional staff development and upgrading of existing facilities.

The Judiciary is also hoping the Salaries Remuneration Tribunal will look with kindness on the recommendations of the Report on the Working Conditions and Entitlements of the Judiciary, with a view to improving the working conditions and benefits of the Judges, said Justice Vui.

“Only in this way can we retain the services of experienced and competent judges and recruit new ones willing to meet the onerous sacrifices of a judicial life.”