A young couple from Matautu and Salelologa had possibly the worst start to the New Year.

Lisa and Tupu Hicks lost their three-month-old son to measles on the second day of 2020, a loss they are struggling to overcome.

Salvation Hicks died after spending Christmas and New Year’s at the Moto’otua Hospital. He is one of 83 lives claimed by measles so far.

Tupu, a father of five, said Salavation was the youngest in the family.

“Salvation was admitted at the hospital for more than a week before passing just after New Year’s Day,” he said.

“Sadly, some of our relatives who contracted the measles virus also spread it to some of the other children at home and eventually led to our child having measles.”

Tupu said the feeling of losing a dear son cannot be described.

“I will never forget the time when he was undergoing treatment because it was a time filled with worries and fears,” he said.

“The death of our son was unexpected. It is disheartening because he was loved and treasured, no parent would want to lose his or her child.”

The 28-year-old said doctors and health workers tried everything to save his son.

“The doctors said that it was hard to cure the measles virus. The other issue was my son also had developed pneumonia so it made things even harder,” said Tupu.

“At times, I cannot accept that my child is no longer with us.

“Our family has planned that on the 14th of January we will host his family service in Upolu before we take his body on the boat to bury him on the 15th of January in Savai’i.”

The family’s planning for the burial received a helping hand from the Asa Foundation and the Kiwi Coffin Club of Rotorua. 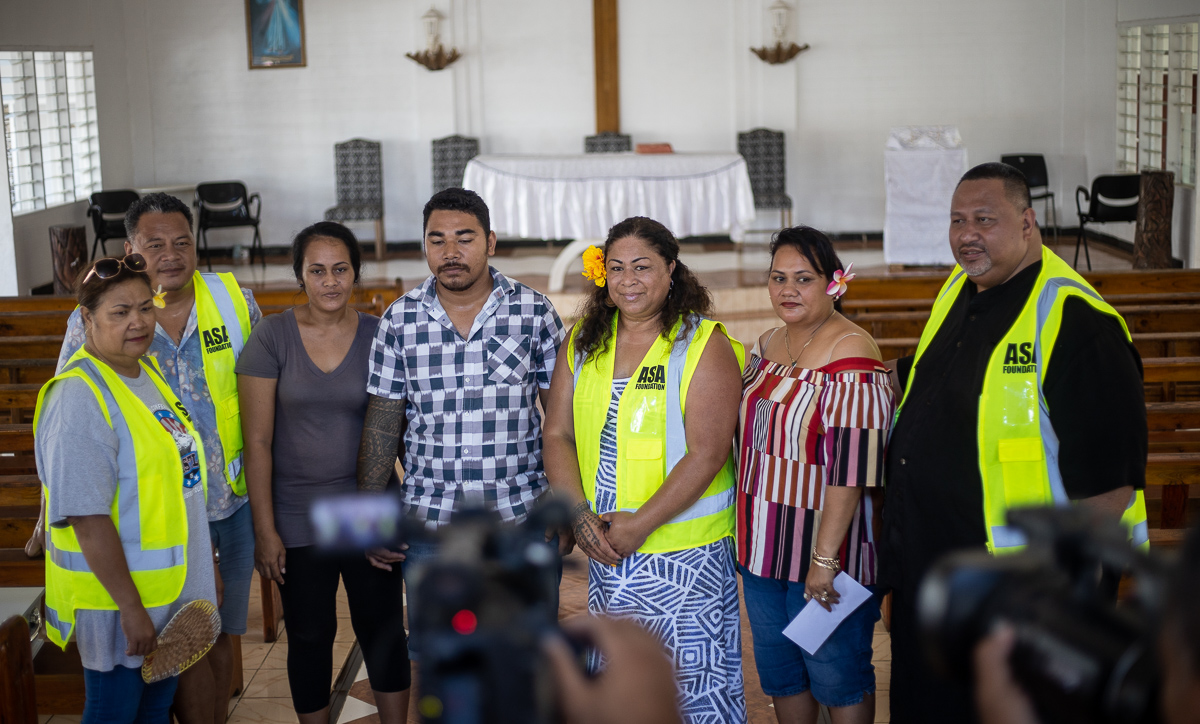 Chairman of Asa Foundation, Teleiai Edwin Puni, said their assistance of a coffin and $300 is their way of lessening the burden on the family.

“We also know that the funeral services given by Sefo will not cover all expenses with the payments we have given but the funeral parlor has offered their support by saying it is enough,” said Teleiai.

“We acknowledge all our donors for lending a helping hand. This is a sad occasion yet it is with gratitude that we have come to help those who are in mourning.”

“My wife and I can feel the warmth of your kindness as you all stand together to ease the burden that we carry.

“We thank you from our hearts and despite our loss and the sadness that we feel there is a need for us to remain strong for the sake of our children who are still with us. We only pray that God may bless each and every one of you who helped us.”