Samoa
Sili Iamanu was one of ten recipients of a $200 tala cash prize for the Pacific Ezy draw (Photo: Duwayne Lino)

A father from Saleimoa has thanked his daughter who works for a meat processing company in Christchurch New Zealand for continuously sending money back home to help.

Sili Iamanu from Nu'usuatia and Levi Saleimoa was one of ten recipients of $200 tala cash prize from the Pacific Ezy Money Transfer for the Christmas draw cash prize promotion.

Pacific Ezy Country Manager, Magele Daniel Ah Kau, presented the cash prizes to Mr. Iamanu and six others that were able to pick up their prizes.

Mr. Iamanu, who works for Western Union had his name randomly drawn out for the promotion after receiving money during Christmas from his older daughter working in Christchurch, N.Z.

Mr. Iamanu said he is the sole bread winner for his family in Samoa and often depend on his daughter, Deborah Tila Lupe, in N.Z. for financial help.

His daughter who was adopted to his sister in Christchurch for a better life works for a meat processing company in the city. 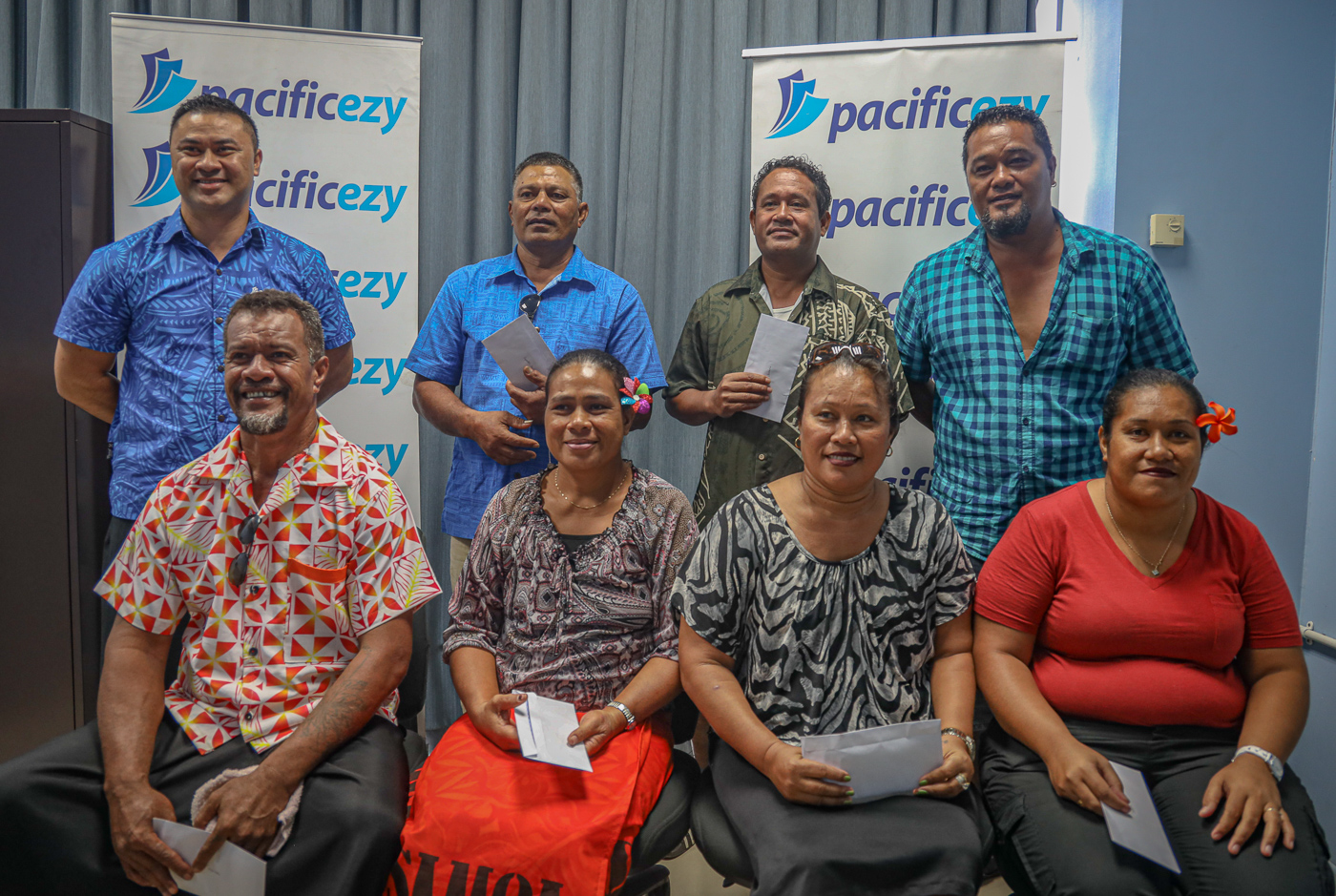 “The money she sent during Christmas holidays was to help me and my wife to buy some things for her young sibling and help us with church commitment,” said the father of five.

“That money is also intended to help us with the kids when they return to school the beginning of this year.

“My daughter was adopted in 2016 and had lived in New Zealand since and it was all so she can help us and her younger siblings in the future.”

Mr. Iamanu added often children are being sent off to live with relatives in New Zealand so they can get better work and future so they can in turn help their families back in the island.

He also thanked the Pacific Ezy company for providing an avenue where families living overseas can send money back home.

Ten other people living in New Zealand were winners of NZD$200 cash prize for being senders of money to their relatives in Samoa.

Another winner of the cash prize, Feleti Taliaoa thanked Pacific Ezy on behalf of the Samoan recipients.

Two of the winners are from Savai'i.