The Schuster family event brought together members of the family spanning from their third generation to their seventh. (Photo: Nairah Matafeo)

More than 350 members of the Schuster family from around the globe assembled in Samoa last week to celebrate their roots with a family reunion.

The family reunion's President, Marina Keil, told the Samoa Observer that what made this reunion so special was the sheer extent of the visiting overseas delegation of family members.

The Schusters last had a reunion in 2016.

Family members arriving from New Zealand alone included more than 150 arrivals, many of whom have strong Maori ties.

The Schuster family also had branches of the family fly in from Fiji, Austria and America but most of them remain based in Samoa.

"All of them have been supportive of the reunion," she said.

For Mrs. Keil, she said it meant a lot to her for her children to be a part of such a celebration of family ties.

"They get to meet their cousins because, at the end of the day, you don't want to be marrying one of your cousins down the line," she said.

"So this is a really good opportunity especially the youth and little ones to come together and meet each other, know their linage and know where they came from."

The mother-of-five said that planning a reunion for about 350-400 members represented an immense 18-month long challenge especially coming on the heels of the extended family's last gathering only three years ago.

"Most reunions have a long gap in between them but now we see that the most impact is made when they are done closer to each other," said Mrs. Keil.

"After the 2016 [reunion], there was a lot of hype and the desire to do it again soon, so the committee really led and spearheaded the planning and coordination, right from the last 18 months."

The huge crowd at Friday's reunion at the Sheraton Hotel in Apia on Friday was a testament to how much the family has grown over the years. 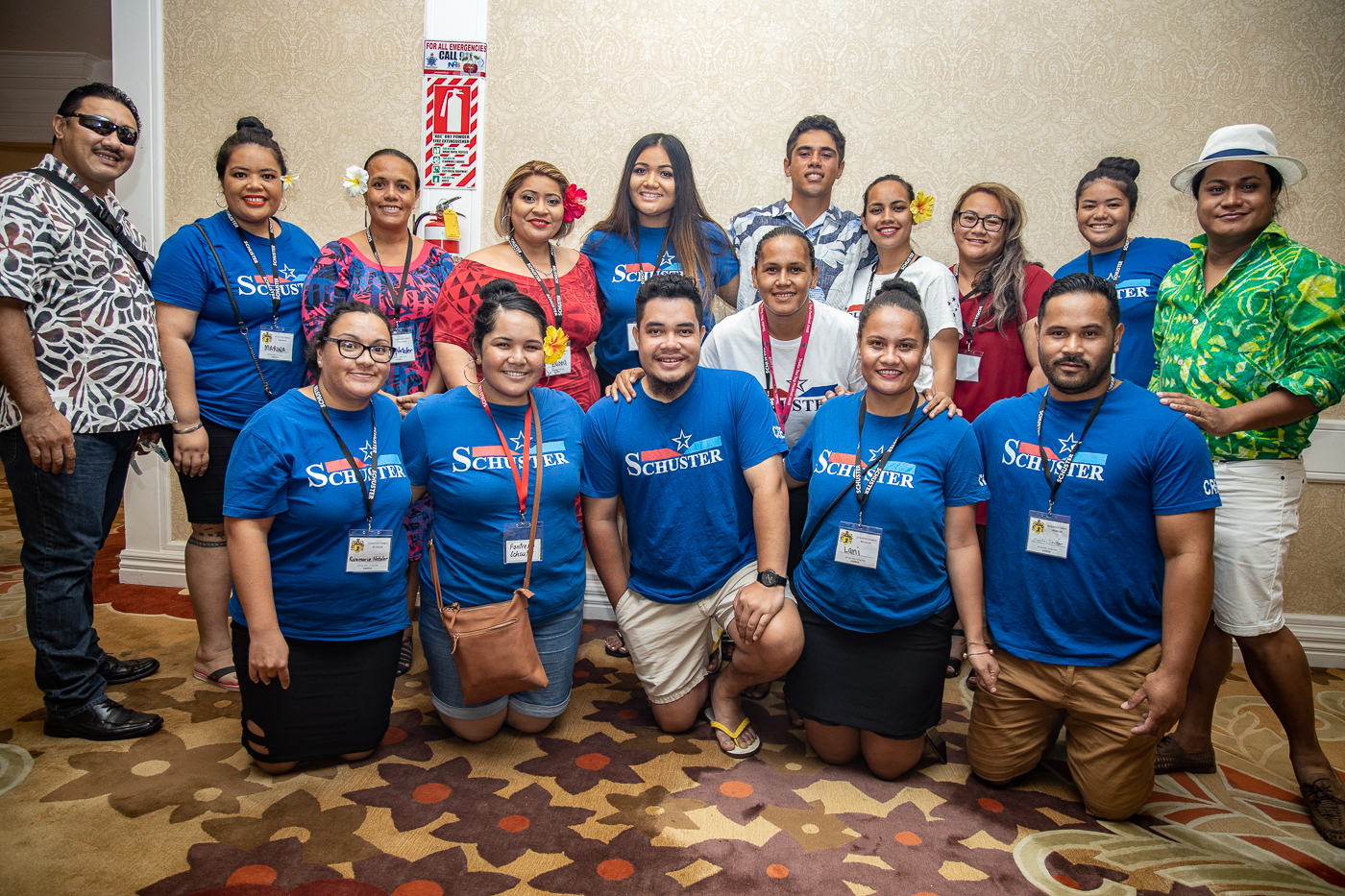 The event brought together branches of the family extending from third generation Schusters all the way right down to the family's seventh generation.

Mrs. Keil said the highlight of the whole reunion was seeing the return of branches of the family that had been out of contact for generations, who had returned to the family fold after 95 years.

"It's their first time back in Samoa," she said.

"After their parents have passed on and now they are here to see where the Schuster [family] lines started."

The family reunion, which lasted a week, was filled with activities including planting 500 trees to offset the carbon footprint incurred by those travelling from overseas; a ball; cultural exchanges between family members from different countries; and a sports day.