A son of Samoa based in Auckland, New Zealand, has urged everyone to choose Samoa as a tourist destination for 2020.

Tuala Tagaloa Tusani told the Samoa Observer he brought his family to Samoa on the first of January despite the measles epidemic affecting the country. 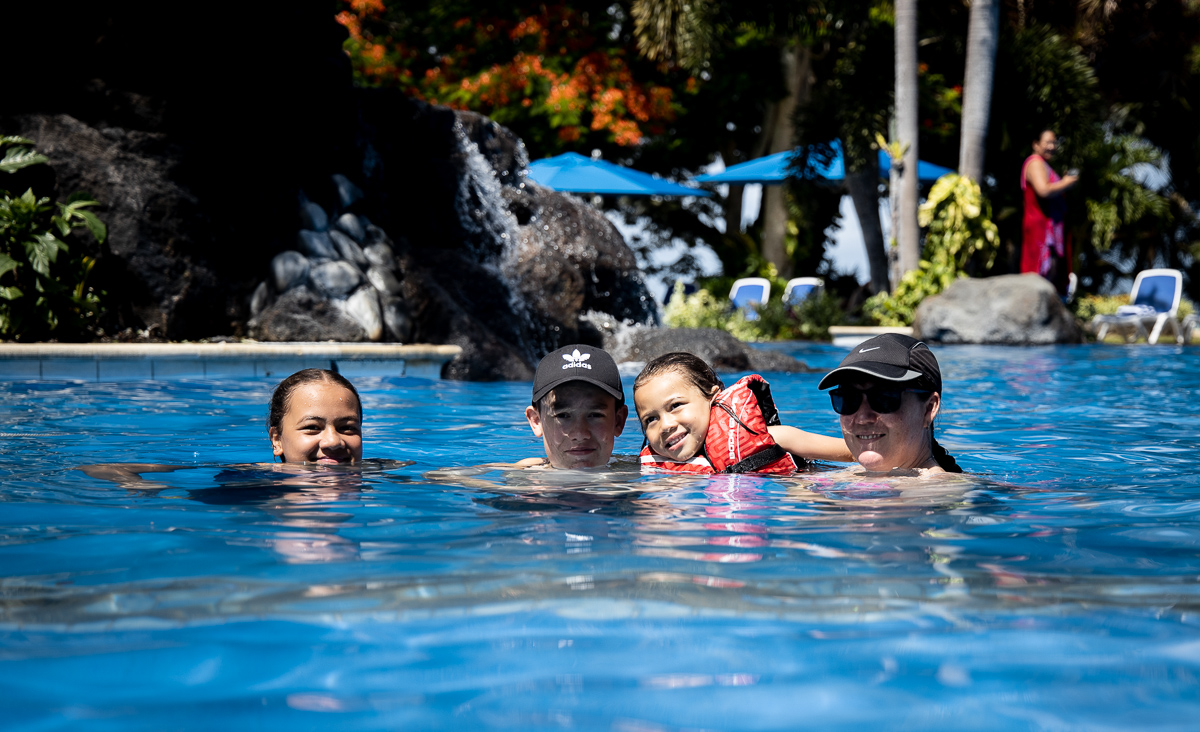 “Last year had been very tough for our country because so many families have lost loved ones to measles,” he said.

Tuala, who is the Chairman of the New Zealand Samoa Trade and Investment Commission Incorporated, added that not only did Samoa lose loved ones but it also affected the country’s economy.

“A lot of family members have not been able to work because they had to stay home and take care of their loved ones who were affected by the measles or they themselves have been sick.

“And because of that the businesses are not running as they normally would because now they don’t have the staff and with less tourists coming to Samoa it also means that our hotels and other businesses that depend on tourism have no money flowing into it.

“I am not just all talk because on the first of January I arrived here with family and mother-in-law but I would not bring my family to a place that would endanger them.”

Tuala is also a volunteer at a charitable organisation based in New Zealand called the Asa Foundation.

“The Government lifting the State of Emergency previously should give some confidence about the current measles situation in Samoa.

“We are recovering well which is why I encourage people to choose Samoa this year as a place to come for special birthdays, weddings, reunions.

“Our country needs money so come and invest or spend it here in our homeland.”

The 42-year-old added that the significance of encouraging people to come Samoa is because he was born and raised in Samoa.

“I have had so many people ask me why do I care so much and well I am Samoan and it’s my home. It means a lot to me to encourage Samoans or friends of Samoa to come to our country.

“To those overseas, you have been watching and bearing witness at the suffering that our people went through this is one way you can give back.

“I acknowledge all those who have donated and given money to Samoa but what about choosing Samoa as your next destination.”

He added that where his family is currently staying at the Sheraton Samoa Beach Resort, Mulifanua‎ there are a couple of Australians and Canadians who are enjoying their stay in Samoa.

“These tourists chose Samoa despite what they have seen on the news. Like many, I live outside of Samoa and more Samoans live overseas compared to our homeland.

“Samoa has very resilient people because despite difficulties and challenges you will see them smiling everywhere you go playing volleyball doing all sorts of things at the villages.

“Our country also has some natural scenery and great culture which is built on respect let’s not forget the organic cuisines, fruits.”