The company has expanded its presence to the Solomon Islands, Tonga and Vanuatu offering geo-spatial technology services, and in August this year launched its first e-commerce app called Maua in a first for the country.

The SkyEye Group Chief Executive Officer, 41-year-old Fa'aso'otauloa Sam Saili, told the Samoa Observer that he and his brother Unasa Nomeneta Saili set up the company six years ago.

“My brother and I were both in the information technology industry for a while and we managed IT for different organisations,” he said.

“We discovered the issues with platforms or software that we bring from overseas, and try and implement in Samoa, to solve a particular issue or problem in terms of many different ways like location.

“It never worked out as advertised, after 15 years in the ICT industry, before we finally realised the software and platforms developed overseas were for overseas markets – especially the developed world.”

“It (software) just wasn’t built for the Pacific. My brother started building his software in Samoa that takes into account the reality of the Pacific.”

Having operated as a company for six years, Fa'aso'otauloa said he has stepped away from software development and left that role to his brother.

“I am the C.E.O. and Chairman but I have stepped away from the development and technical research that’s all done by my brother. Unasa is the brains of the operation while I’m more of the public face trying to sell our message on what we are trying to do.”

The company’s regional expansion has been a highlight of their short-term success, but Fa'aso'otauloa has brushed that aside, saying they are still a small and young firm trying to meet the needs of the Pacific.

“We are still a small company, still young as well but we are meeting a need in the Pacific because we develop certain platforms that we customize especially for the Pacific. When we go to other Pacific island countries, they face similar infrastructure problems and ecosystem issues that we face.”

“A benefit in terms of our country is the development of technology that is built to cater to the needs within our country.”

Due to their decision to use more open source technology, Fa'aso'otauloa said it is less expensive than proprietary software, consequently benefiting their customers and elevating their operations.

“The one service we are known for is the vehicle tracking system. We built it from the ground up because systems from overseas do not work, and this was specifically to do with location as well as. 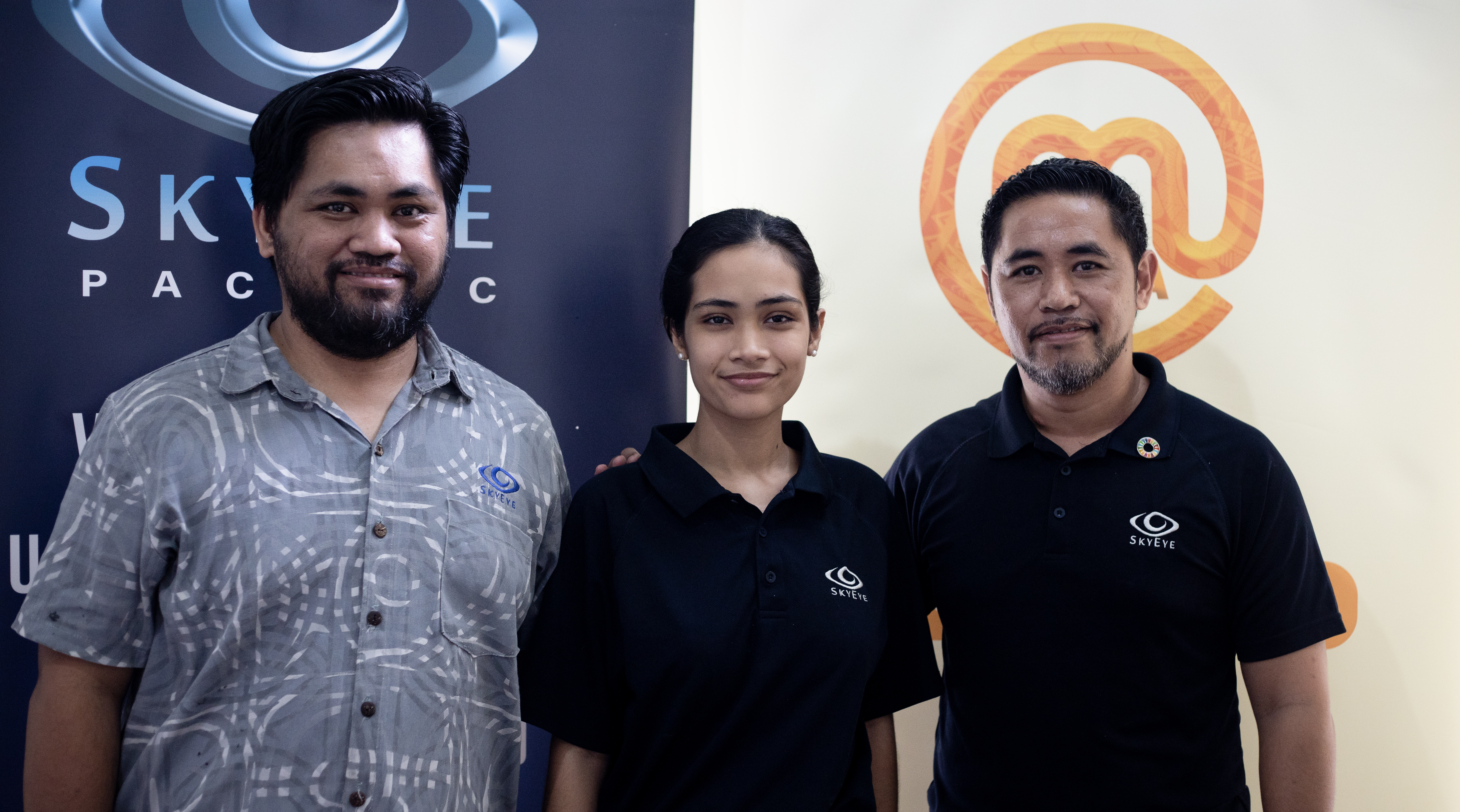 “A vehicle is an expensive capital investment and to try and make sure that’s used well they want to monitor and efficiently used. And receiving the data that contributes to making decision concerning the business is vital.”

Fa'aso'otauloa said they are also passionate about climate change and how they can use technologies to tackle some of the challenges currently faced in the region.

Their use of drones as part of their geographical information systems service is part of the climate change space that they are involved in.

“We have a few drones we regularly use, especially when it is climate change or construction an example was after Tropical Cyclone Gita last year,” he said.

“We want to fly the drones and provide detailed information for decision makers to decide on where we need to focus decisions or resources on to make sure that the environment is protected.”

On the e-commerce app Maua, he said it is focused on the community and is inclusive, giving Samoan shoppers a one-stop-shop online platform to order food, handicrafts and assorted services.

Supporting Samoa’s hosting of the 2019 XVI Pacific Games has also been a highlight for the company this year, with Fa'aso'otauloa revealing that they built an online data portal in four weeks and offered it to athletes, officials and volunteers to get accredited.

“It was a humbling experience and risky because we had to produce it in a small time frame.”

They have also assisted with the measles epidemic and united with peers in Samoa’s IT sector to support the Samoa Government. They developed a digital form that can be accessed on any mobile device, tablet or laptop and due to it being open source, there is no limit on how many devices can be connected.

“It enabled information to be sent to our database at the digital hub.”

Looking to the future, Fa'aso'otauloa said SkyEye Samoa would to continue contributing towards achieving the United Nations’ Sustainable Development Goals.

He added that the inspiration of helping others through technology was inspired by grandfather’s story of how he made a living.

“My grandfather walked the perimeter of Samoa exchanging goods for eggs as he walked from Apia to Mulifanua in one day,” he said.

“When we see street vendors, if they are able to use technology such as Maua, instead of them having to walk all over the place – they can stay home producing something that the community needs. The community will find them on the Maua app, instead of being in the sun the whole day.”

His mother Taimaaiono Saili has been the backbone of the family after his father passed away when he was 11-years-old, according to Fa'aso'otauloa.

“There were 13 of us and we relied on each other, especially our mother and her faith in family but especially in God. She made sure we worked for each other and we had education. My mother’s sole belief is to have harmony within the family.”