The Commissioner of the Fire and Emergency Services (F.E.S.A.), Lelevaga Fa’afouina Mupo has assured fearful local residents the Government's plans for a New Year's Eve fireworks display from Mt Alava will pose no threat to their safety.

“There is no need to panic," the Commissioner said.

His comments follow concerns raised by residents in the area surrounding the fireworks' launching pad that it is “unsafe” for the fireworks display from Palisi.

A petition has been circulated by several residents of Palisi to stop the government’s fireworks slated on New Year’s Eve to welcome 2020 on Mt Alava. There are 14 signatures on it and the residents hopes to submit the petition to the Fireworks Committee and the M.N.R.E.

This is the first time the nation's annual New Year's fireworks display will not be launched from the sea but rather the top of Palisi.

“It is safe. There is no way we will put our people in harm’s way. The electricity will be turned off for about 20 minutes and the E.P.C. is in charge of that," Lelevaga said.

“Also there will be firetrucks on standby, we just left the area in question, it is safe".

The F.E.S.A. Commissioner is part of the New Year’s Fireworks Committee.  Asked about whether an environmental assessment had been conducted, the Commissioner declined to comment beyond saying that the area was safe for fireworks.

Pauga Paul Meredith told the Samoa Observer that residents fear for their safety.

“The Firework activities on Mt. Vaea on New Year Eve, due to the enormous fire risk and health and safety issue involved," he said.

He said the Government has yet to disclose any environmental impact assessment that should be required to assure residents of their safety.

“Also I am an Ex-Air Force engineer and I know the impact of the sound wave and it can affect our hearing," he said. 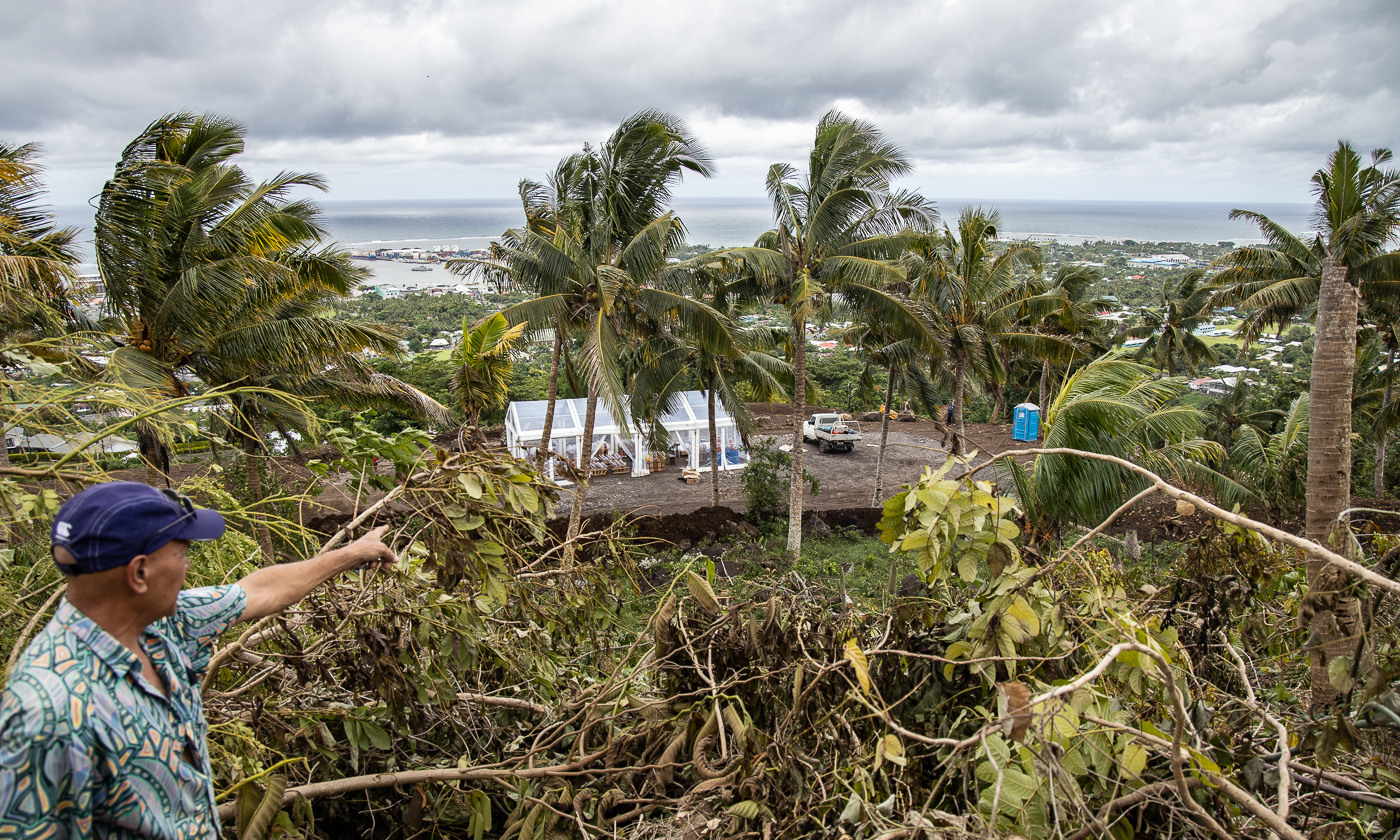 “The fireworks display is right beneath our residence and I am not sure how high it will go before it explodes in the air; and I know the strong sound effect will shatter the windows of our house,” said Pauga.

He also noted the Government proceeded without consultation.

“I have cocoa trees, pineapple farm, mangoes and this is our livelihood and it took me four years to develop and now look at this,” he said.

Meanwhile the Samoa Tourism Authority announced that leading up to the Fireworks there will be free entertainment for the public including live bands, choirs and local artists to perform at the Events Space in front of the Government Building on Tuesday, 31st December 2019.

“There'll be no food stalls so the public can bring their own food and drinks," the organisation said in a statement.

"Entertainment will be from 10am until 12.45pm, just before the Prime Minister's Address which will be screened at the S.T.A. Fale, in which the Countdown to the New Year will follow to launch the Fireworks display.”

The S.T.A. said the Government is taking all precautionary measures to ensure the safety of the public and everyone involved and to ensure the event runs smoothly.

“Works are being carried out by the relevant Government Ministries and Agencies, in partnership with some Private Sector agencies, as well as working together with the local communities involved," the organisation said.

“The Road from Lalovaea up to Palisi will be closed off from the public on Tuesday night, with heavy Police presence to avail access for Authorities in the case of any emergencies.

The public are asked to view the Fireworks display from the Apia Waterfront and other surrounding areas away from Palisi.”