Oceania University of Medicine (O.U.M.) clinical students have praised the dedication displayed by local medical staff during the trainees' recent stint on the epidemic frontlines.

A total of 13 O.U.M. students from New Zealand and Australia were in Samoa during the epidemic offering assistance in various areas such as pediatrics and surgery.

Most were already in Samoa before the epidemic was officially declared in mid-October while completing a practical module at Tupua Tamasese Meaole (T.T.M.).

According to O.U.M. clinical student Stacey D'Almeida, the experience was eye-opening as the virus' devastation was palpable and she was glad to have an opportunity to lend a helping hand.

“I have received amazing support from the T.T.M. Paediatrics Department and other T.T.M. staff," she said.

“It has also been great to receive the support from our Australian counterparts Australian Medical Assistance Teams (A.U.S.M.A.T.).”

The founder of O.U.M., Taffy Gould penned a condolence note to the Prime Minister, Tuilaepa Dr. Sa'ilele Malielegaoi, conveying well-wishes to the people of Samoa for the festive season at a time when she said words seemed too trite to express the depth of her feeling.

“Please know that everyone at O.U.M. continues to pray for an end to the terrible measles epidemic you are experiencing, and that we wish for a new year marked by good health, safety, and prosperity for you all," she said.

The University's Vice Chancellor, Toleafoa Dr. Viali Lameko, conveyed his heartfelt condolences to all the parents and families who had lost a child and a family member to the measles infection and related medical complications. 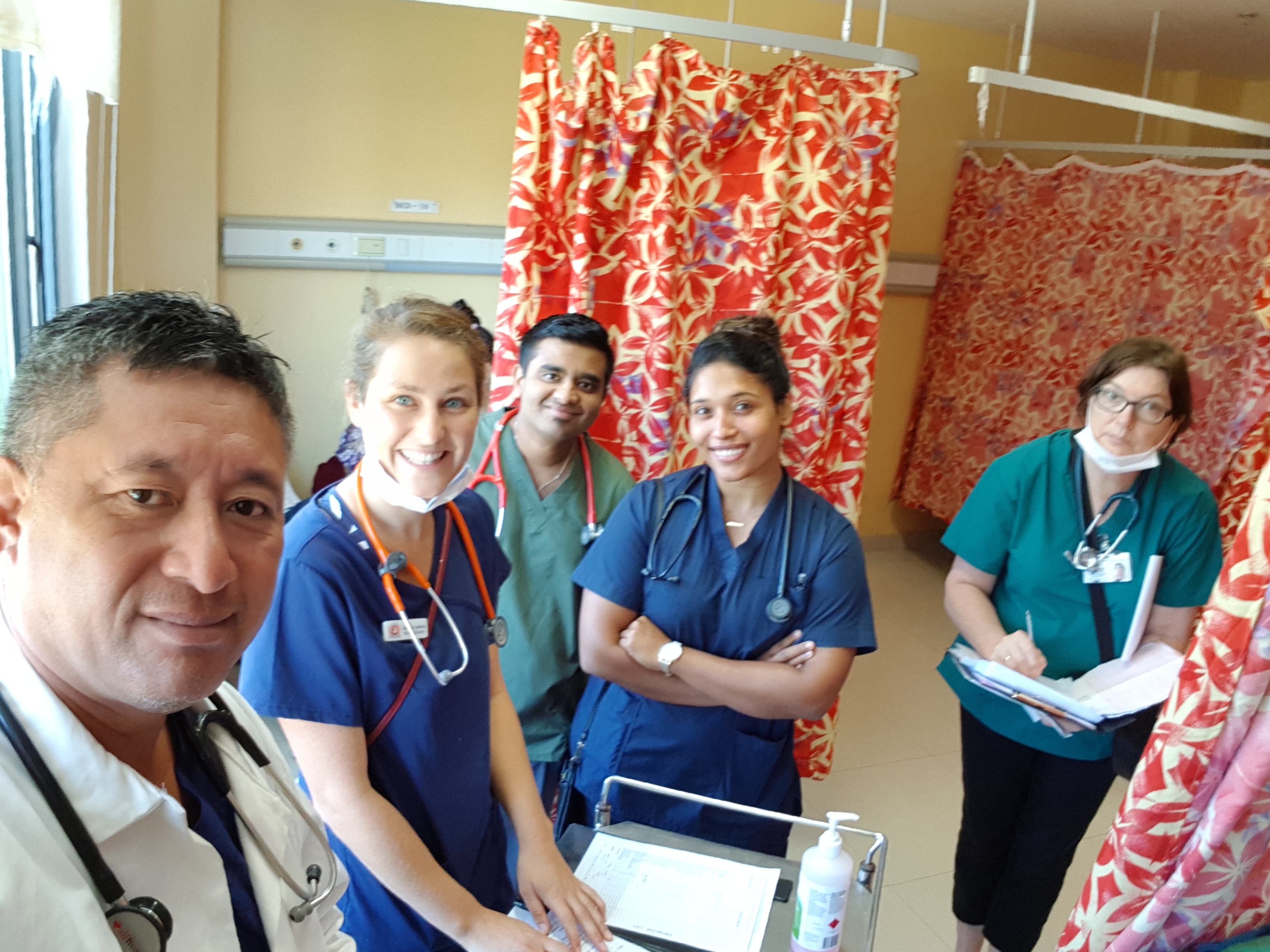 “I am also grateful for the work of our local Samoan health care staff and leaders who have worked diligently alongside with the overseas teams to curb the epidemic and to stop the quick spread of the virus among the Samoan people," he said.

“I believe that this epidemic has exposed the strengths, weaknesses, and opportunities for improvements of the health system and policies within the health sector [public and private], going forward, for this country.

“It was also a reminder for us that most of the other upstream factors or determinants which affect the health of the population are outside of the health sector, such as; water and sanitation; nutrition and malnutrition; social economic status of the people, Samoan culture and perception about illness, and so forth.”

He added that the O.U.M. overseas clinical students were especially grateful for the opportunity to learn from the local and overseas experts, who were on island during the most intense and busy periods of the epidemic.

Another O.U.M. student, Rustum Moodley, stated that the past few months had been a difficult time for the entire nation:

“I am currently doing my paediatrics rotation and I have received excellent teaching and guidance from the T.T.M. doctors and nursing staff.

“I am privileged enough to interact with our Australian and World Health Organisation (W.H.O.) colleagues as well.”

Lisa Wallace, another O.U.M. student, said that there have been great opportunities for learning whilst working alongside T.T.M. staff and the overseas A.U.S.M.A.T. team members.

“We are very well supported by T.T.M. doctors and nurses and have received excellent feedback from the A.U.S.M.A.T. and W.H.O. doctors," she said.

“I am grateful that I can help out wherever I can.