Making their vows before family and friends at the Congregational Christian Church of Samoa Letui on Friday, Lafatiilematagi-Nuualofa and Faatupualofa sealed their love after 13 years of courting.

The 27-year-old groom Lafatiilematagi-Nuualofa – better known to his friends and families as "Fati" – is a teacher at Itu-o-Asau College and is the son of Vaisa and Solomua from the village of Lalomalava.

The 26-year-old bride Faatupualofa is from Letui and is the daughter of Tina and Tutoatasi. She is currently based in New Zealand.

The couple initially met in school when they both attended the Vaipouli College in Savai’i and were able to overcome numerous challenges, including the difficult one of maintaining a long distance relationship.

Thanks to New Zealand’s immigration quota scheme for Samoans, Faatupualofa was able to get Kiwi citizenship and consequently moved to New Zealand, making the tasks of maintaining their relationship even harder. 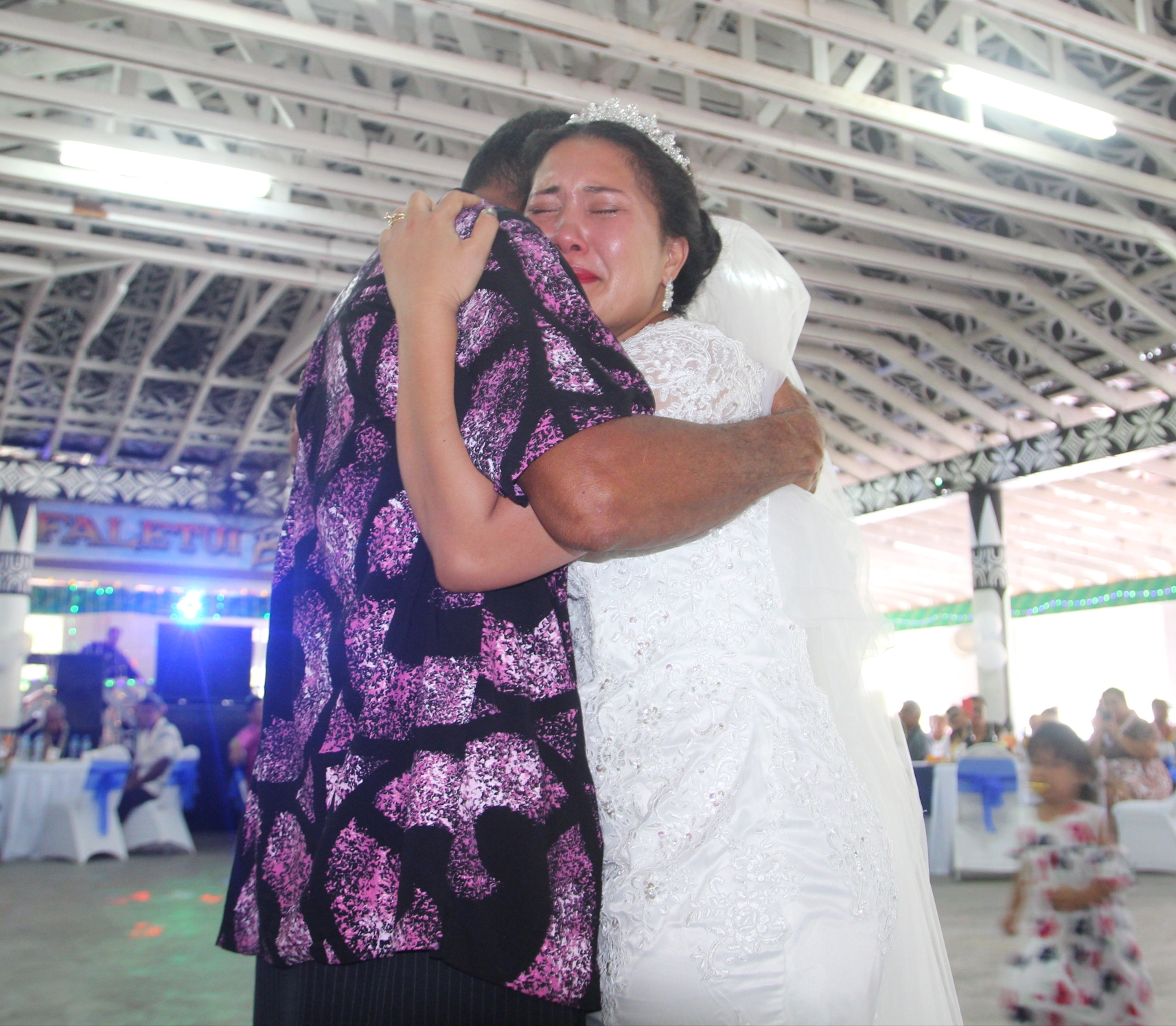 But they persisted despite the separation and their wedding on Friday appeared to be the prize that awaited them after a long and hard journey.

When the newly-wed couple was asked how they felt after their nuptials, Mr and Mrs Solomua were both emotional.

Not only did they dream of their special day for such a long time, but also because they both lost someone dear to them this year ahead of their big day.

Laufati lost his grandmother, who took care of and raised him over the years. Throughout the celebration, the couple became emotional wishing she was there to witness and celebrate their special day with their grandmother.

A reception was later held at the Faletui nightclub in Sasina to celebrate their union.