A Samoan with Tongan roots has been conferred three titles by a Tongan Prince as a token of appreciation for the elderly man’s act of love during his recent visit to Samoa.

Tuipalusami Sione, 77, of Saina Faleata, was gifted the titles Tuiono, Lauaki and Motuapuaka from Tongan Prince, Etani Tuku’aho. He was accompanied by his brother, Laupepa Tuli, when they came to Samoa to get their tatau recently.

The prominent titles for talking chiefs in Tonga belong to the family of the King of Tonga.

It was conferred to Tuipalusami to reciprocate his love for presenting traditional gifts to the Tongan royalty and offering encouragement or tapuaiga at the time they were in pain.

According to Tuipalusami, the conferment of the titles to him means his grandchildren and future generation of his bloodline will have the honour to carry the titles.

Honoured to be given the three titles, the elderly father said it was a coincidence as he was working towards revisiting his Tongan roots especially a search to connect with the Lauaki title holders.

He said his ancestors had held the title Lauaki but had since been lost through generations.

“The only way for my family to get the Lauaki title is if we go back to Tonga and restore those ties,” said Tuipalusami.

“But that all changed when I was gifted not only Lauaki but two other titles by the Prince of Tonga. I wanted one thing in return I came back with three gifts.

“The titles can be passed on to my children and their children even after I die (o le igagato).”

After receiving the titles, Tuipalusami said the first thing that came to his mind was to thank the Lord for making way to reconnect with his Tongan ancestors. 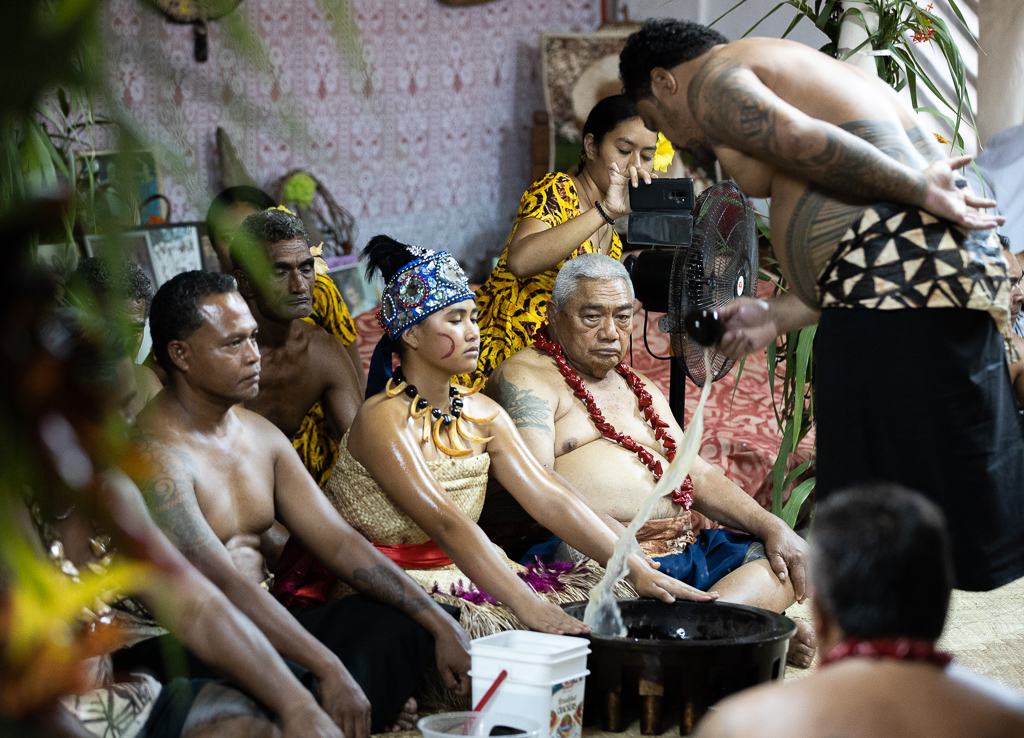 His mother was born in Tonga and had lived all her life in Samoa.

He said his mother never left Samoa and died in the country because she was unable to locate her birth certificate from Tonga.

The 77-year-old who also wears the traditional tattoo said he was asked to be present the whole time the Princes’ were tattooed so he could offer them encouragement.

Tuipalusami got the traditional tattoo when he was 70 years old, a wish he wanted for his 70th birthday.

“Because I got the traditional tattoo when I was 70 years old, Tooa Tosi Malietoa, the daughter of the late Head of State Malietoa [Tanumafili II], she asked me to be there,” he explained.

“She felt that if I was able to get tattooed in my 70s I could give the Princes some encouragement so they can see through the pain and finish their tattoos and I was there to offer them word of encouragement.”

Asked why he waited to get tattooed in his 70s, Tuipalusami said getting tattooed cost a lot of money and had waited until he could afford to get it done.

Perhaps another reason why he was determined to get tattooed is when he was challenged by one orator during a traditional exchange (fa’atau) to get a traditional tattoo.

Tuipalusami was told by the matai that his words were music were sweet if only he had worn a traditional tattoo.

In response, the 77-year-old said getting the traditional tattoo was an easy game for him but first he had to understand and learn what it meant to get inked before he does.

He eventually got the traditional tattoo and had promised he will not celebrate his big 70 unless he hears the tapping sound of the tattoo tools on his skin.

Tuipalusami said it is his wish to go to Tonga one day to find out more about his mother’s ancestors and to meet the royal family again as they now have a connection through the titles.