A mother of three from Faleatiu who had a stillborn child after being infected with measles has received assistance from an outreach programme.

Suvania Lauesi was one of several families that received food supplies and clothing thanks to donors supporting an outreach programme run by the Samoa Victims Support Group (S.V.S.G.).

The 23-year-old was infected by the measles virus while being six months pregnant.

She was fortunate to have recovered from the measles, however, she had to undertake a caesarean delivery of her child who did not survive the measles infection. 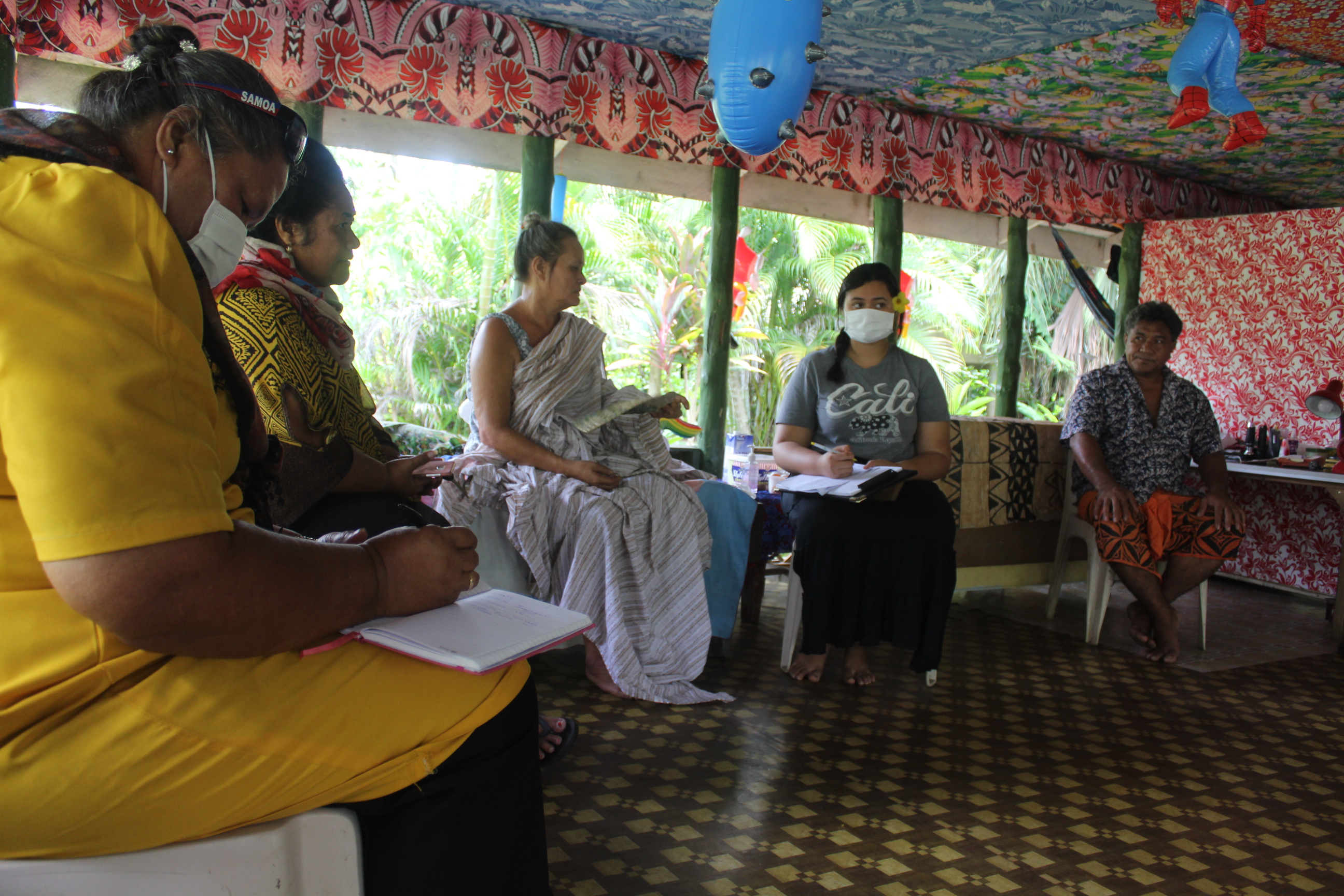 Ms. Lauesi is trying to remain strong for her three surviving children who were still weak from being infected with the measles.

A family from Faleasiu, who also lost an 11-month-old child to measles, was also offered support by the outreach programme.

A grieving elderly grandmother Gina Penoa took the loss of her granddaughter Margaret really hard, which resulted in her suffering a minor stroke.

“It is one thing to suddenly lose a child, but to have her taken to her mother’s family for burial is too much for me to bear,” she said.

Ms. Penoa added that her son is the father of the deceased.

“There is not even a grave of her so it was like she was never here with us.”

Mr. Penoa said that they both agreed for his daughter to be buried at his wife’s family at Afega.

The S.V.S.G. measles outreach programme has far covered a total of 649 people recording 35 deaths from the 91 families. Out of the 35 deaths recorded, five have not been registered at the hospital as they passed away at home and were buried immediate by their families.

The outreach programme has been ongoing for more than three weeks providing support through counselling, clothing and food supplies to measles affected families.

“Thank you for being our proud ambassadors in village communities throughout this year, especially during the Measles Outreach,” she said.

Siliniu also thanked all donors that continued to come forward to assist them in reaching the Samoan people during this time of need.

“Thank you Aumua Ming and Tofilau Fiti Leung Wai of Samoa Samoa Stationery and Books (SSAB) for the monetary donation of $300 and in kind valued at $200.00; Jim and Mindy Wiese Missionaries of Samoa for joining the door to door Outreach, sharing balloons and shoes that have brightened up the faces of the little ones during this festive season.

“To our families and friends who donated via the Givealittle page, we say faafetai lava – thank you.”