An early Christmas gift for a 24-year-old mother from Leauvaa and Afega. (Photo: Aufai Areta Areta)

Olivia Lemalie was meant to be a Christmas baby. Had she been on time that is.

Instead her proud 24-year-old mother, Ana Ah-Chong, and her husband, Lemalie Simone, were overjoyed to welcome her into the world at 2pm on Christmas Eve after a home birth.

“It’s the [most] perfect Christmas gift any parent would want,” she said.

“Though we expected her to be born on Christmas [day] which was her real due date but I guess God was excited to deliver her earlier than that and we’re so proud.”

The meaning of being born before Christmas for the family is a blessing according to Ms. Ah-Chong, who is currently resting at Leauvaa after her birth.

The couple have four children including Baby Olivia. They’re aiming for six, especially for the young father who is striving at work to provide for his new big family.

His goal is to have a big family; one that will give back not just to their family but the nation as a whole.

“He’s a very passionate man and though we’re not really developed as a family, we’re excited over what we have already,” Ms. Ah-Chong said. 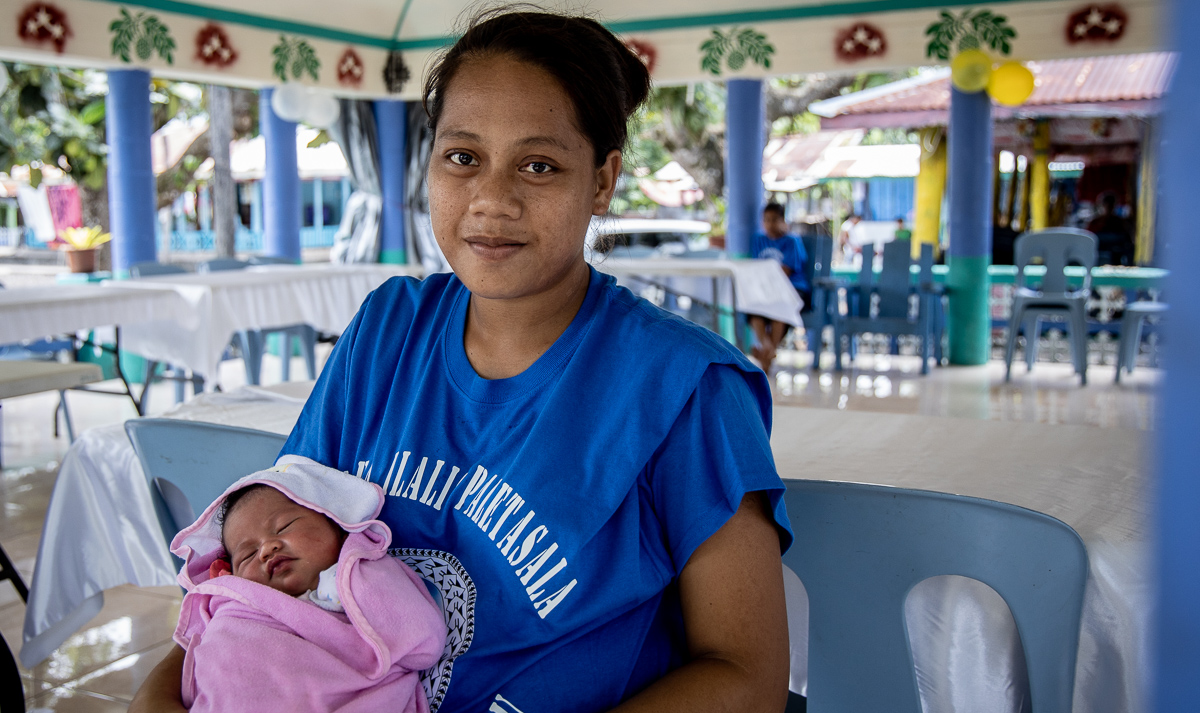 Olivia's arrival comes just before Ms. Ah-Chong's family planned reunion at Afega, which makes for perfect timing for Baby Olivia to meet the overseas members of her family and others from around Samoa for the first time.

"As I said, it's all God's planning and I'm excited she now gets to meet many people of her family around Samoa and overseas and they're already loving her," she said.

At her home in Lefaga, family members from overseas were filing in to see the latest addition to their family before they began their reunion yesterday afternoon.