Away from family, international medics find time for Christmas

Foreign accents were heard around Tupua Tamasese Meaole Hospital in the early hours of Christmas morning as health workers from around the world who had come to assist with the measles crisis continued doing their rounds as normal.

Emergency Medical Teams (E.M.T.s) from a total of ten different nations or non-Government organisations have come to Samoa to provide assistance containing measles by alleviating exhausted local hospital workers and bringing their own unique skills.

National emergency response teams from as far afield as the United Kingdom, New Zealand, Australia, Japan, Norway, and Papua New Guinea are currently on island and spent Christmas away from their families.

But at the Tupua Tamasese Meaole Hospital (T.T.M.H.) on Wednesday volunteers presented them with gifts, desserts and a Christmas feast to show their appreciation and to celebrate the festive season. 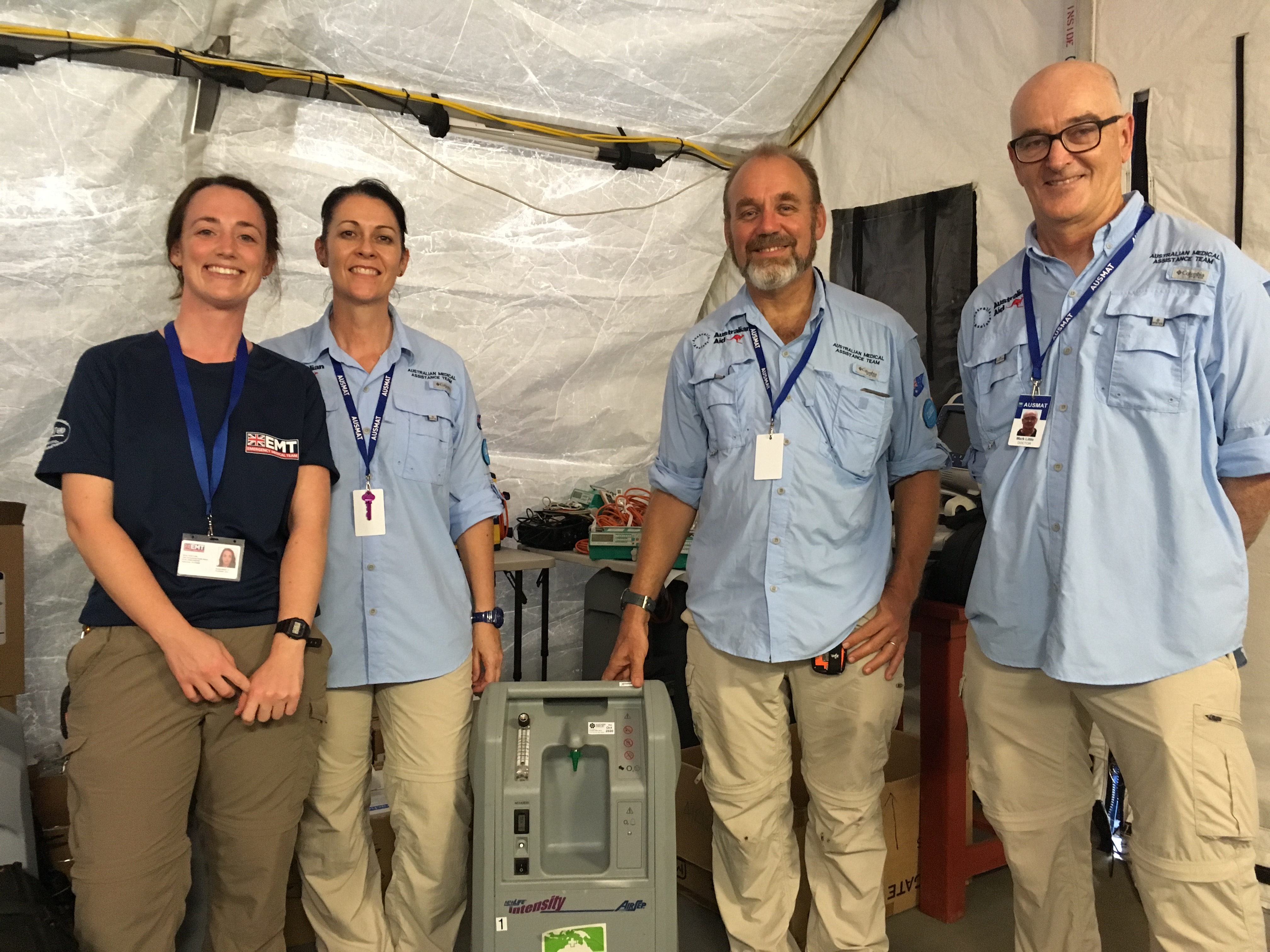 Dr. Brian Spain, an anaesthetist and intensive care doctor who joined the Australian Medical Assistance Team (AUS.M.A.T.) emergency response team at T.T.M.H. last week, as part of their fifth rotation through a deployment that began on November 6.

Despite missing his own family on Christmas, Dr. Spain said seeing young Samoan children discharged in time to be with theirs was a hugely rewarding experience.

“It’s always lovely to be with family but it can’t happen all the time,” he said.

“Certainly my family would have loved me to be with them when they’re celebrating but also they are happy and proud that I was able to help the people, and the children in particular, in Samoa.”

“We knew before we came we were coming for the Christmas and New Year period, so all the team on Team Echo were willing to give up their Christmas".

Foreign staff made sure to do the Christmas ward rounds so that the local staff could take a break to be with their families. But Dr. Spain said dedication drove many of them to only take half a day offf.

Some members of the Australian emergency medical deployment, such as Clinical Nurse Lead Bronte Martin and Clinical Medical Lead Dr. Mark Little were on the second and third rotations in Samoa and had returned to see the Australian response to the epidemic all the way through.

But they still took some time out to celebrate with two different Christmas Day feasts. Lynn’s Getaway Hotel put on a sumptuous buffet, and there were games, gifts exchanged before it was time to return to their shifts.

“It was a really good night, even better than we thought it was going to be,” Dr. Spain said.

But their highlight was Christmas afternoon when the team went around the hospital wards to visit each and every child – with or without measles – to gift them a little something brought all the way from Australia with the new deployment. 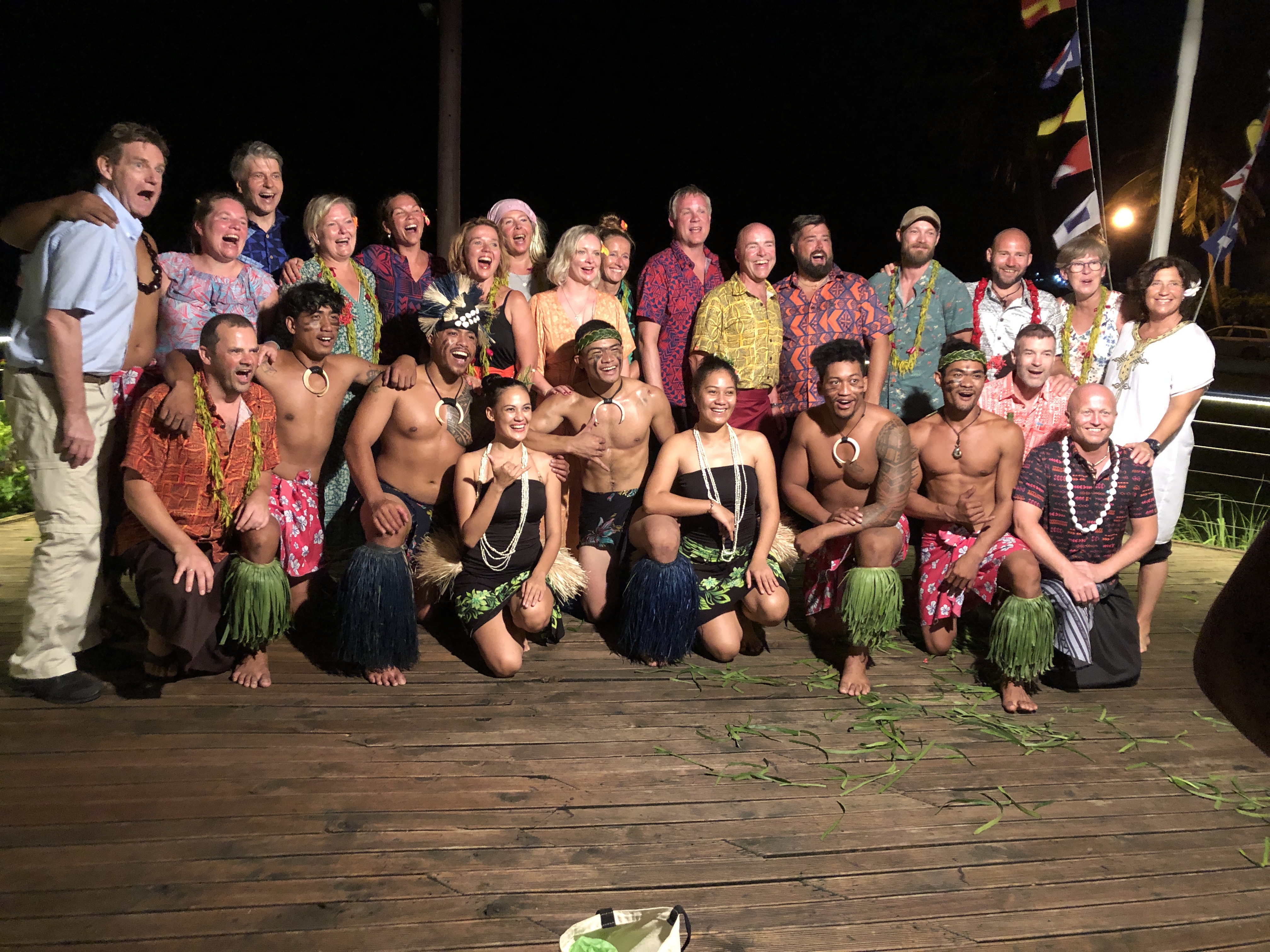 The Norwegian Emergency Medical Team, they celebrated on Christmas Eve, as is the custom in Scandanavia, and gathered for a festive meal and a show at Sails Restaurant and Bar.

“We had a very Samoan celebration, with good food and dance, it was really great,” said Anne Marie Bruu, the leader of a team of 20 Morewigan medical professionals who had come to Samoa with less than 48 hours' notice.

Celebrating on the 24th meant they were all better able to relieve their Samoan colleagues.

“We have kept high spirits. It helps to have a small break and be together as the whole team," she said.

She said the local staff have included the Norwegian team in their small celebrations on the wards including small exchanges of gifts, as well as decorating the walls to bring cheer to everyone.

“Isn’t that the Christmas spirit, doing something for someone else? So working on Christmas is really not so bad," Ms. Bruu said.

And she insisted that every single member of the team took the night off to celebrate Christmas together, even those who wanted to keep working such as Dr. Ingun Nessestrand. 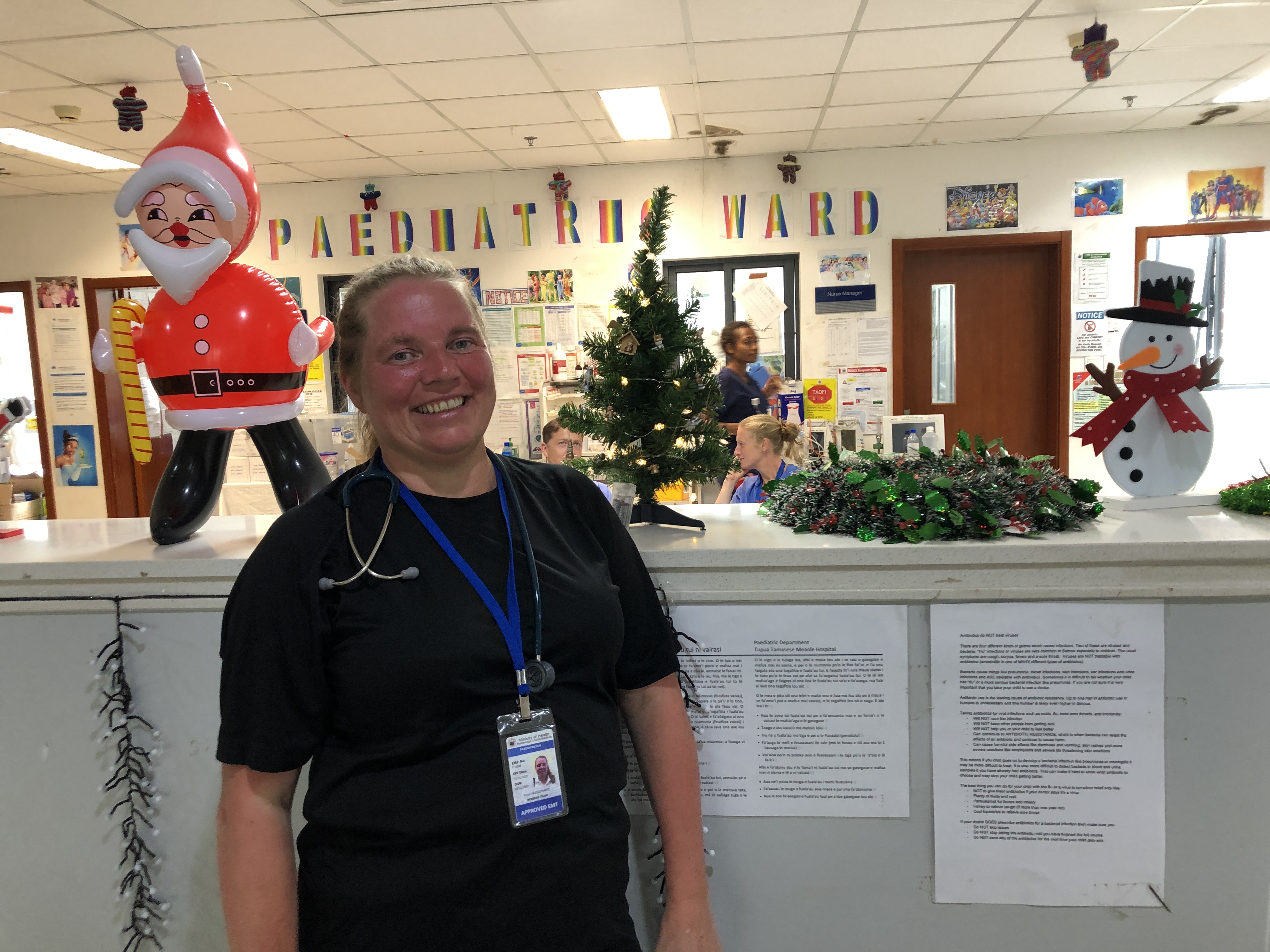 When she was called up to go to Samoa, she said her children held a family meeting to decide if they would permit her to go.

“They discussed, and they said well, mum, we are not going to die if you are not here, but maybe you can save somebody in Samoa,” Dr. Nessestrand said while beginning to cry a little.

She said being able to employ her speciality of paediatric cardiology in the service of responding to the epidemic has been extremely helpful as there is just one such specialist in Samoa and they had recently been absent.

“I have learned much more from the Samoan doctors than they have learned from me but I think I have given them some support," Dr. Nessestrand said.

Dr. Nessestrand said working with such a large international cohort of emergency teams has been an amazing experience too. She said many of those who have left already stay in touch to check on their patients and to follow the situation on the ground, and offer their advice where possible. 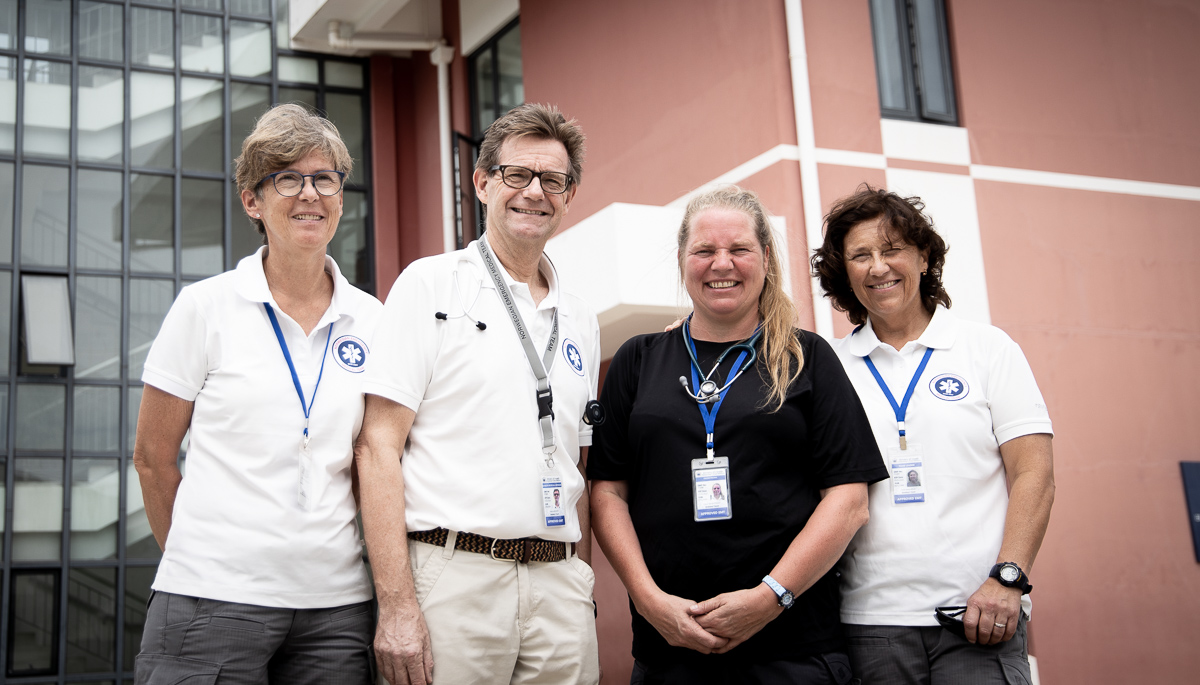 Dr. Bjarte Askeland said he has been overwhelmed by the gratitude from the local staff and patients’ families at their work.

“I can tell you a few of our team members had a little tear on their cheek when they talked to their families but all in all it was so nice to be here at this special moment in time,” he said.

His family is proud of him for helping people in need, so much so his young grandson helped him pack for the journey he said: “There will be other Christmases at home.”