Rain on Christmas eve fails to dampen spirits in Samoa

Not even heavy rain could keep church denominations in Samoa from hosting services to celebrate Christmas on Tuesday night.

The Methodist, Congregational Christian Church of Samoa, Catholic Church and many other denominations sounded church bells at midnight to herald one of the biggest celebrations in the life of Christianity.

A warning of heavy rain and flood advisory was announced by the Samoa Meteorological Service (S.M.S.) on its Facebook page the day before.

And heavy rain there was.

“Overcast conditions have persisted over the islands due to the active cloud band moving from the north,” a statement from the meteorological service.

A church service was held at the Mulivai Cathedral led by the Catholic Archbishop of the Catholic Church in Samoa, Alapati Lui Mataeliga. 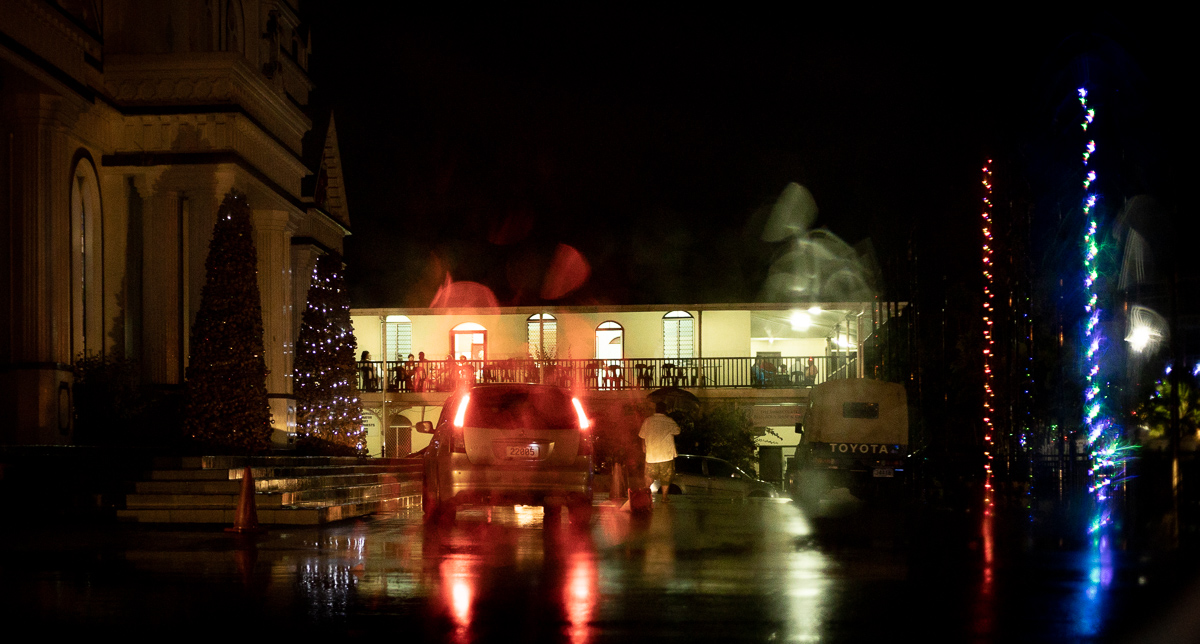 He told the congregation that during Christmas some tend to prioritise material things or possessions instead of following God’s commands.

“God himself is divinity and if you accept His words in our hearts then you will experience what love and mercy really means,” he said.

“Christmas is Emmanuel God with us. What a wonderful reality God coming down and living with us.

“Christmas is Christ yet He was born in a stable where animals are kept but the animals were created by God so their creator was in their midst. Christmas is not just God amidst us but He is amidst his creation.”
The Archbishop also said that God sending a message on Christmas to live simply.

“The more we possess, the more we hunger for possession and the more we enslave ourselves to things but God is gently reminding us to live in peace by living.”

One of the members of the congregation Mary Teli said that Christmas is important not only to celebrate the birth of Jesus but also a reminder of the importance of uniting families.

“We came to church despite the heavy rain; it is because attending church to countdown Christmas has always been a family tradition.

“Mass on Christmas eve is special when our whole family gathers to pray and thank God for everything he has done for our family throughout the year.”