Leilua Lino had her courage and mission to inspire others experiencing sexual violence recognised at an event marking the 70th anniversary of the Commonwealth. (Photo: Misiona Simo)

In 2019, Leilua Lino, overcame trauma to share her story, and the strength in her smile, with the world.

The 20-year-old’s story of overcoming her past history of sexual abuse and inspiring others to do the same went around the globe this year, when her courage was recognised internationally, including by Prince Harry, the Duke of Sussex.

Ms. Lino’s self-assuredness and confidence in the face of tragedy served as an inspiration to Samoan people and the broader world this year. 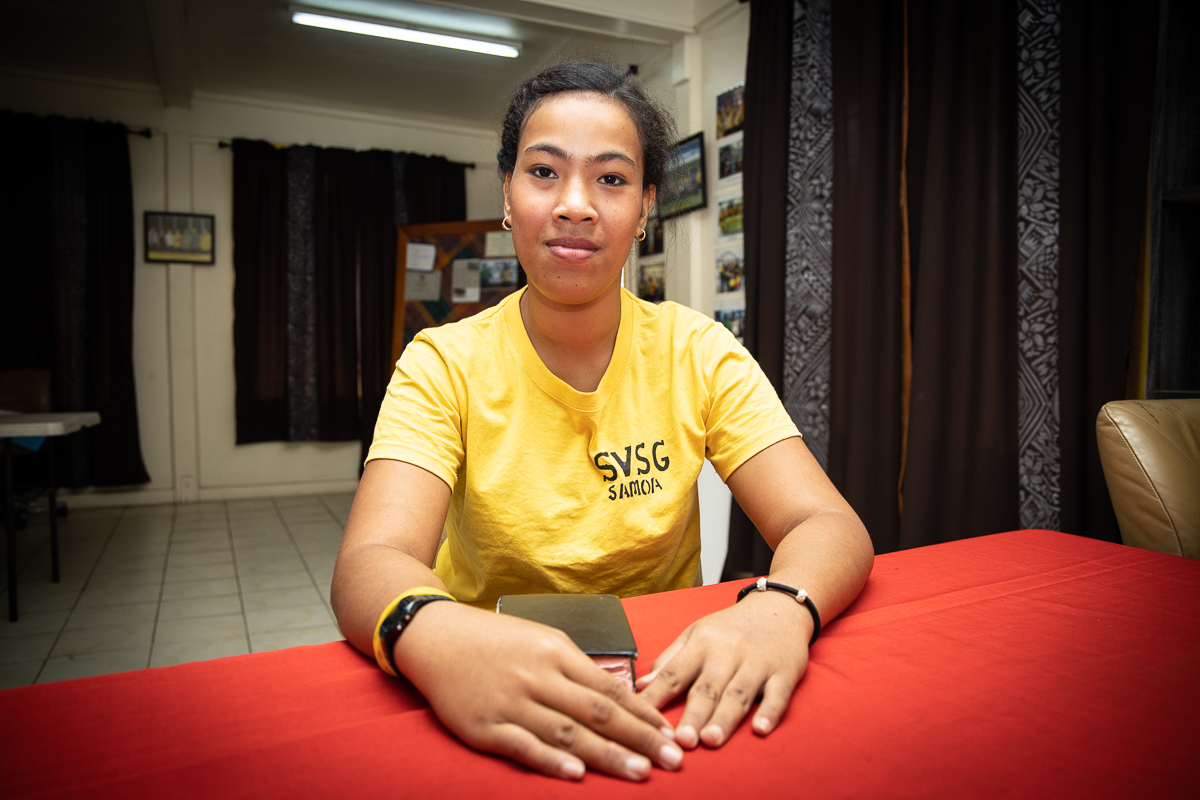 She was, at the age of nine, sexually abused by her biological father was removed from a dangerous family home and was found a safe haven in the Samoa Victim Support Group (S.V.S.G) campus.

Seven years on, in 2018, she held her head upright in court and testified against her father, who was subsequently sentenced to 29 years’ prison.

After this experience she built a Peace Garden as her way of expressing her sense of healing from gender-based violence. To date her "Positivity Movement" promoting healing after trauma has reached an estimated 20,000 children.

In an interview with the Samoa Observer, Ms. Lino said her journey can be entirely attributed to God’s plan.

"He was the one who gave me the strength so I'll have faith in him for He leads the way. I may not know where exactly I'm going but I'm sure that if I have God while inspiring these young girls of my story, I know I'll be alright," she said.

Ms. Lino was among 14 other innovators in international development who received a trophy at anniversary celebrations in recognition of her advancement of Commonwealth values. Among the reasons for her recognition was the way in which she shined a spotlight on revolutionary ideas for promoting peace and justice.

Ms. Lino said she was excited about an opportunity to be open about her story and to help prevent sexual abuse within families especially between fathers and their daughters.

She said all young girls experiencing similar should be unafraid to speak up as not doing .

"I also advise mothers to stand [up] for their children and not their husbands if this is happening in their families, because your children are your real future and are the gifts from God," she said.

While sharing her story Ms. Lino does not shed any tears but remains cool and composed and even laughs.

She reminisces about the garden party celebrating the Commonwealth’s 70th anniversary at the Marlborough House in London earlier in June which allowed her to share her story with the world.

She attributes meeting Prince Harry with giving her the strength and courage to go forward.

"Meeting Prince Harry is like having the world on my side and like I said, it's all God's plan and I feel good knowing that all [this positivity is now] coming [towards] me after the experience I went through," she said.

She invited Prince Harry to visit Samoa and said it would be a great opportunity to further spread her message at home.

Ms. Lino hails from the village of Asau in Savaii and said she hopes Samoa’s daughters will live safe, prosperous lives.

She says she has always taken inspiration from her brothers and sisters in the S.V.S.G campus, who have given her reason to smile.

"[Smiling] is the key to [overcoming] all the sadness which is why I'm always smiling so I would inspire my brothers and sisters here on this campus [...] as well as the rest of Samoa," she said.

""It's a new year so it's a new beginning. Let's bow our heads and ask God to guide us as He has guided me through my journey and we'll assure ourselves a positive future ahead."