Seven new Judges of the Lands and Titles Court (L.T.C.) have been cautioned not to bend the law and to always be honest in their decision making during their swearing in on Monday.

The advice to the new jurists came from Reverend Elder Utufua Naseri, who gave the invocation at a ceremony well attended by families and friends.

A moment of silence was observed in honour of those who had died as a result of the measles epidemic prior to the ceremony and was led by the Ministry of Justice and Courts Administration C.E.O., Moliei Simi Vaai. 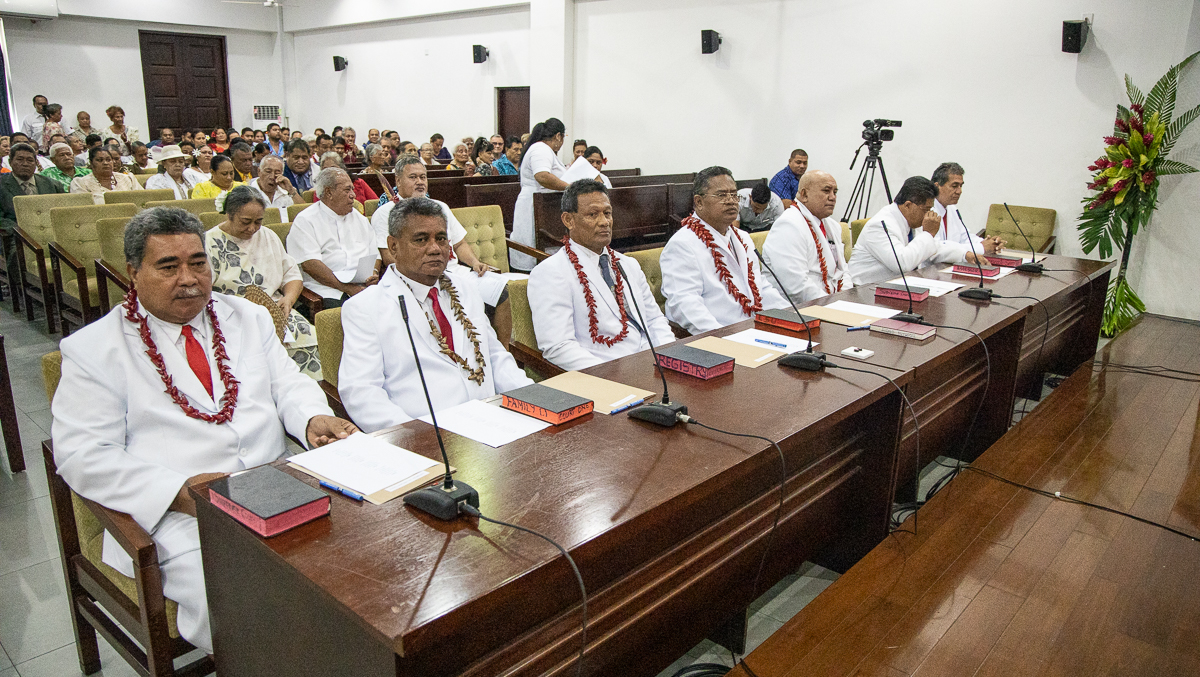 Rev. Naseri acknowledged the jurists' new roles were at once critical and challenging.

“However it is a calling from God and you must honour that calling by making the right decision. Do not under any circumstances bend your judgement," the Reverend said.

He said in the past the country had suffered from ill-conceived judicial decisions.

“You must be reminded that bending your judgement in the ruling you issue is a decision you’re make alone, if you opt to make that mistake that is on you," Rev. Naseri said.

He acknowledged the recent termination of contracts for L.T.C. Judges as a result of a Judicial Service Commission investigation. 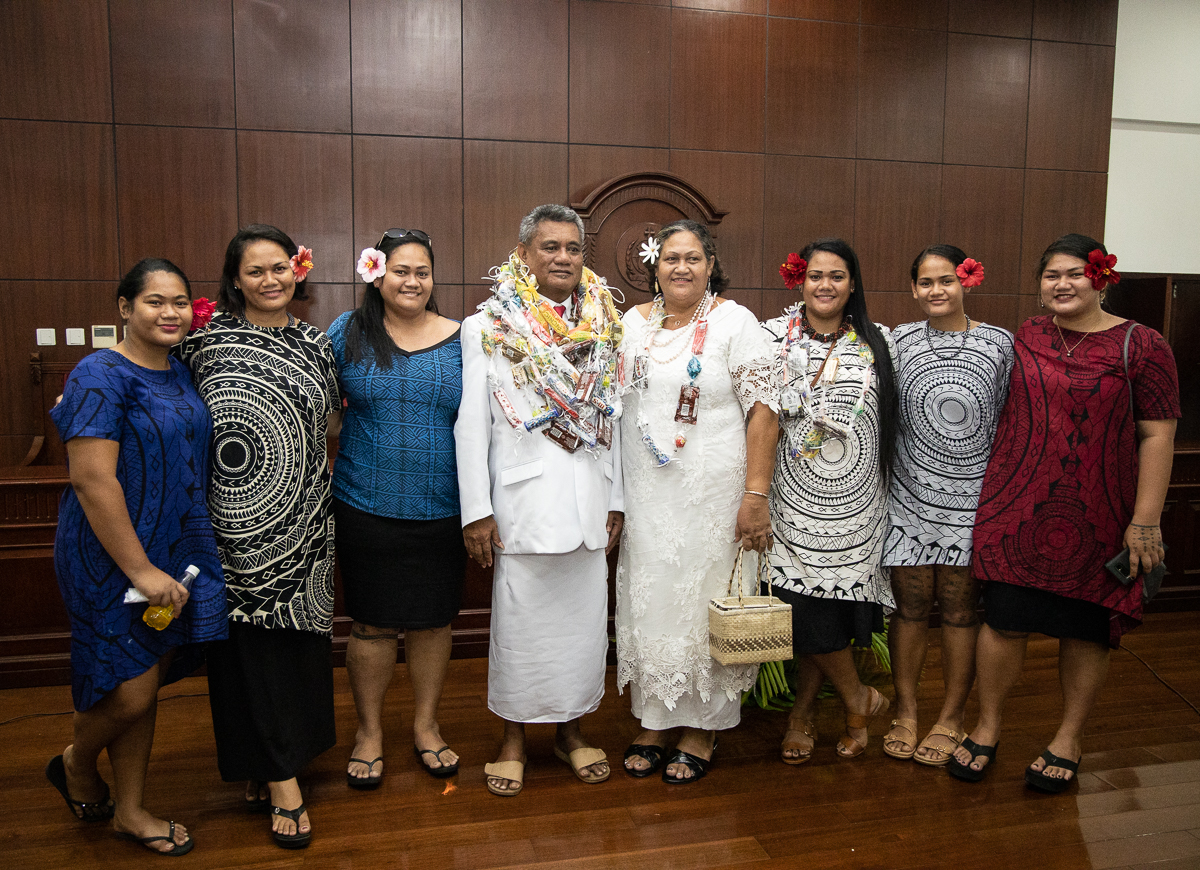 “And when I read it in the paper, I must say our ancestors' prayers have been answered; they fought for justice but did not get it. I remind you Judges: don’t bend your judgement.

“Secondly, don’t sway your decision based on people you know, such as Government officials, business people, high chiefs and people from your church; don’t discriminate; everyone is the same,” he said. 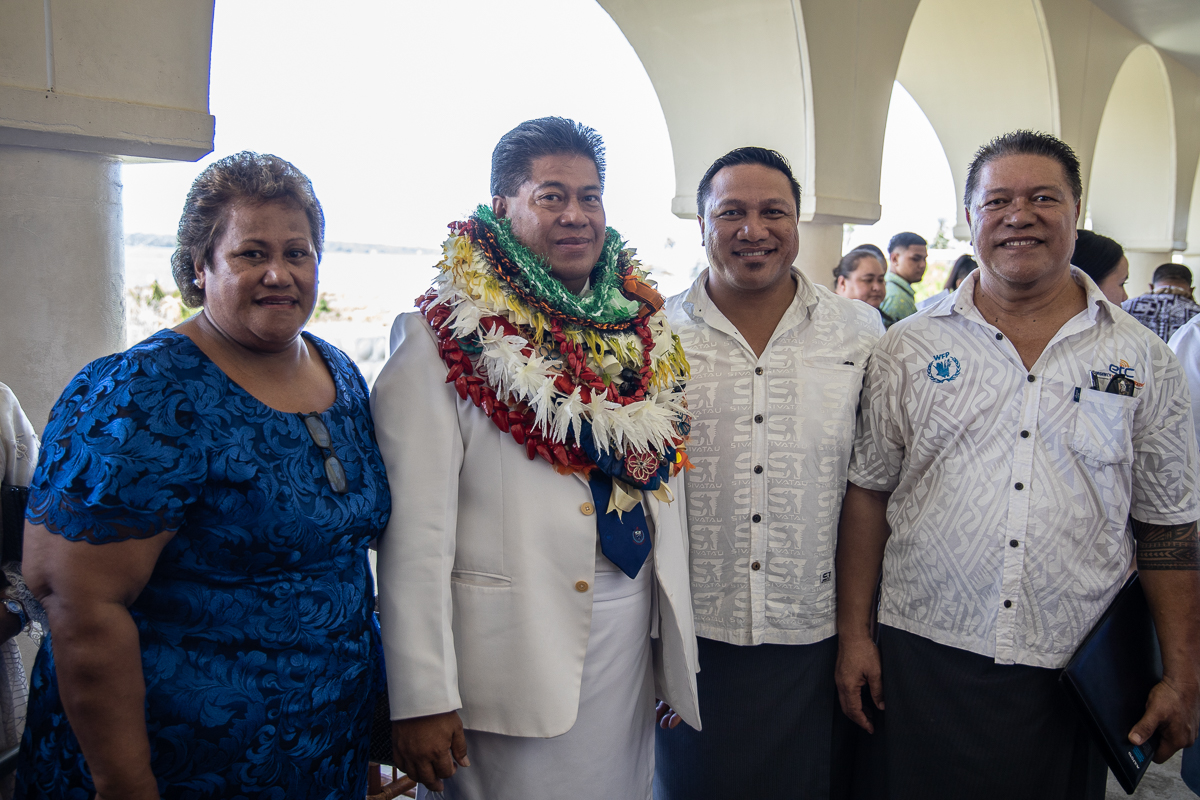 And thirdly, Rev. Naseri urged the Judges not to accept bribes.

The Acting Chief Justice, Vui Clarence Nelson, reminded the Judges of the critical role they play in the system of Government.

“In this profession you’ll be meddling with what is sacred to families, their lands and titles," he said. 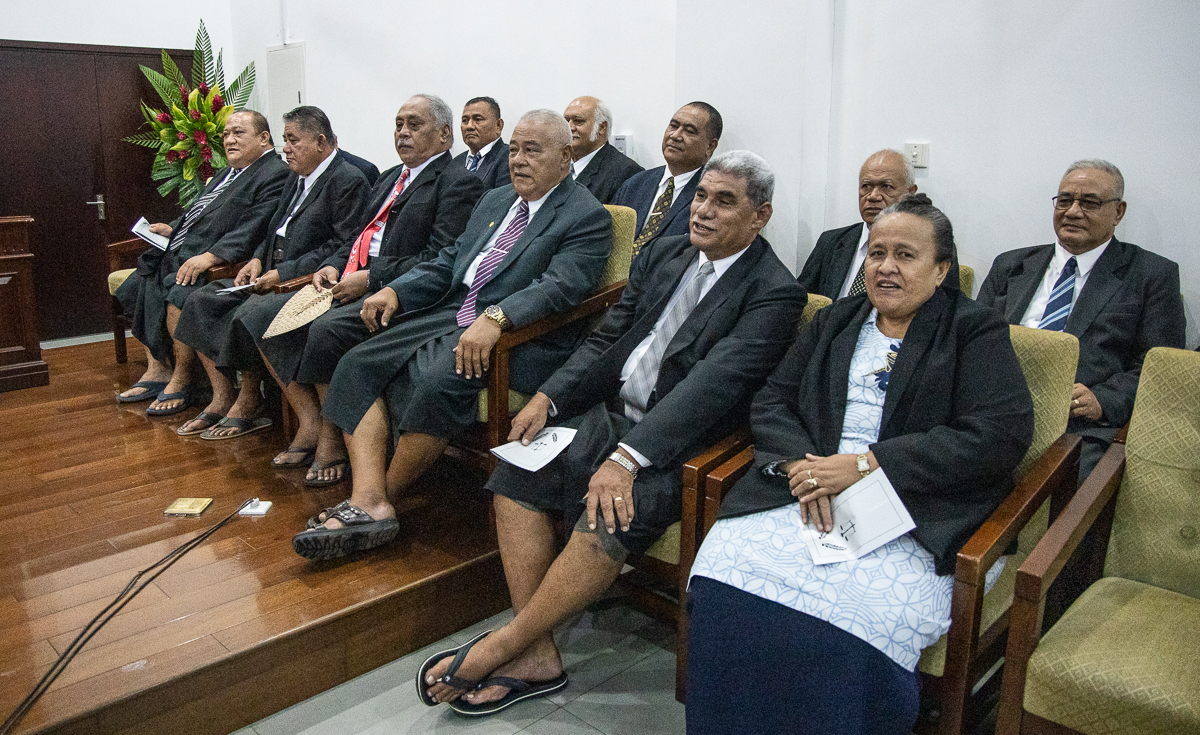 He said this was the first time that a significant number of Judges have been sworn into office at once.

“This is a historical event for the Ministry of Justice and many applicants were interviewed; not all were chosen," Justice Vui said.

"As God spoke to Jeremiah (in the Bible) you were chosen before you were born.

The Judges heard from Vui that the oath was taken before God not man and therefore they must honour that oath.

Vui, who has served as a Judge for more than 20 years, said when one becomes a Judge significant changes follow.

He urged the Judges to have patience and be alert: “Be honest and make the right decision, be humble all the time and remember to be respective after all you are a Chief.”

"I want to thank God and the J.S.C. for this opportunity to serve our people through the L.T.C. and it's an honour to have been appointed to this prestigious position," he said.

Asked about the challenges he will face on job, he said it will be challenging but that is life and the career we take on.

“We have guidelines, policies and laws in place for us to follow and with that in place I don’t see why we have to deviate from making the right, fair and honest decisions,” he said.

The Chairman of Fa'atuatua i le Atua Samoa ua Tasi (F.A.S.T.) party, La'auli Leuatea Schmidt, has rebuked Prime Minister, Tuilaepa Dr. Sailele Malielegaoi's claims that he "exercised his power" by "forcefully chasing away" Tupa'i Bruno Royale and his team from Salelologa over two weeks ago.

Talofa Airways was slapped with a $6,000 fine by the National Emergency Operation Center for failing to comply with State of Emergency requirements, in relation to bringing in a pilot from Vanuatu.