Seirosa Wallwork-Lamb has baked her way into the hearts of Samoa - especially the non-profit organisations she has helped with thousands of tala in donations. (Photo: Aufa'i Areta Areta)

But at a time when she could tread almost any path in life, she has decided to dedicate herself, like her grandmother and parents before her, to helping people.

And the 13-year-old has already shown a great talent for her calling.

In two years, she has raised $18,000 for five organisations across Samoa through a kitchen operation dedicated to helping the less fortunate: Cookies for Charity.

“I just put my charity towards anything I see [that] really needs help,” Seirosa says. 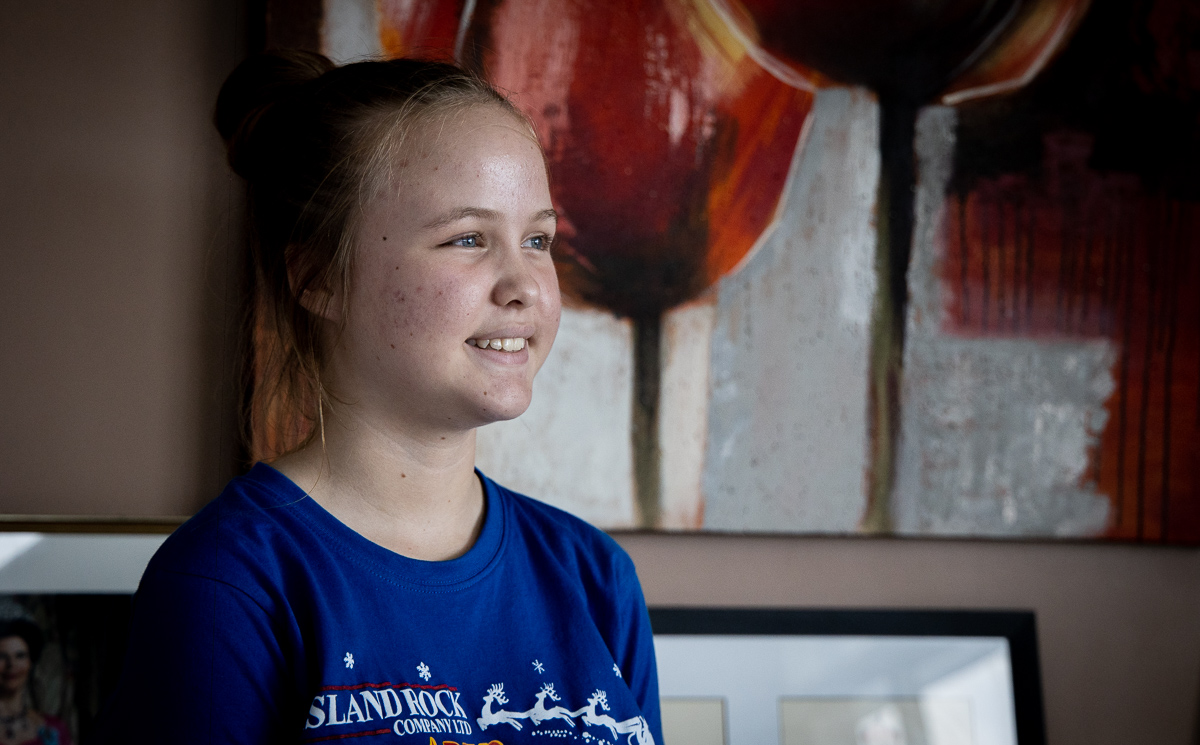 Seirosa loves knowing she can make a difference to people’s lives. She loves to bake, play with recipes and fine-tune desserts to perfection.

Her recipes have become extremely popular; she already has a list of repeat customers who turn to her for last-minute baking for special occasions. She never fails to fulfill a request.

“I am just a chocolate person, I don’t really care for much else,” she said with a laugh.

During the school year, she squeezes in backing batches of cookies, pavlovas and fruit crumbles before class and often skips dinner to finish an order on time.

All that effort is expended in the name of raising money for those in need.

The Samoa Observer’s Save the Child Fund was the recipient of $2000, a donation raised mostly through cookies. The Mapuifagalele Sisters of the Poor received the same amount. And this year mental well-being charity the Goshen Trust accepted a $5000 made on Seirosa’s birthday.

Her most recent donation is $2000 to the Adventist Development and Relief Agency’s (A.D.R.A.) efforts to buy Christmas gifts for hospital staff who have been working overtime for months to manage the measles epidemic.

But she counts her most significant contribution as the $7000 she gave to the Animal Protection Society (A.P.S.) to buy its first ever ultrasound machine.

“Without it we wouldn’t be able to do half the surgeries or work we’ve needed to do. 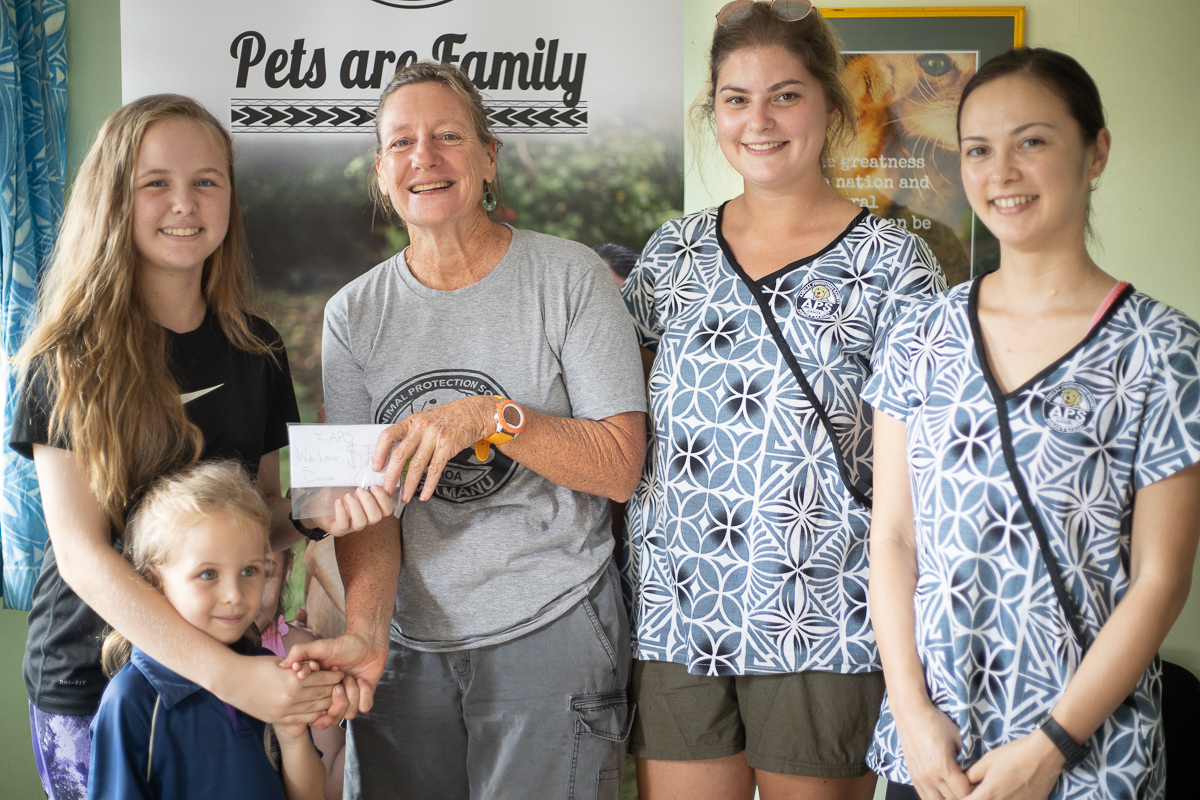 For Seirosa, baking is a business and she has already developed an impressive command of the finer points of budgeting required for it to run successfully.

Every single recipe is portioned out precisely, in order to make exactly enough money to cover the cost of ingredients and profit for her latest fundraising project. She writes out shopping lists in full; hunts for the best prices for her ingredients; and now knows the exact cost of making everything in her baking repertoire.

The only overhead covered by her parents, Hellene Wallwork and Travis Lamb, is electricity.

A business-minded approach means no more picking at the cookie bowl for her, or her younger sister, Nafanua. But her family are all willing taste testers for new recipes, she says.

But just before the dawn of 2020, her tasks are not yet complete. Next year, although Seirosa will be starting high school – she doesn't know where yet after entrance exams were cancelled because of the measles epidemic – there are plans to keep baking for charity.

And despite people warning her against turning her passion into a business, she doesn’t see herself getting sick of the work yet, even when it demands waking up early to make a pavlova before school.

“I really get satisfaction at the end of all of this," she said.

"Getting to donate to people, seeing the joy I can bring [by] doing this. I tell myself, it’s worth it in the end. If it wasn’t something I loved, I really would have given up a long time ago.

“When it’s something you love doing you make time to do it, and I actually am really passionate about baking. Most holidays or free days I get I spend them on either doing something with my family or testing out new recipes.

Even this process is carefully thought through. Seirosa will follow a recipe to the letter. Then adjust ingredients to change the taste, texture, or both. Then bake again. 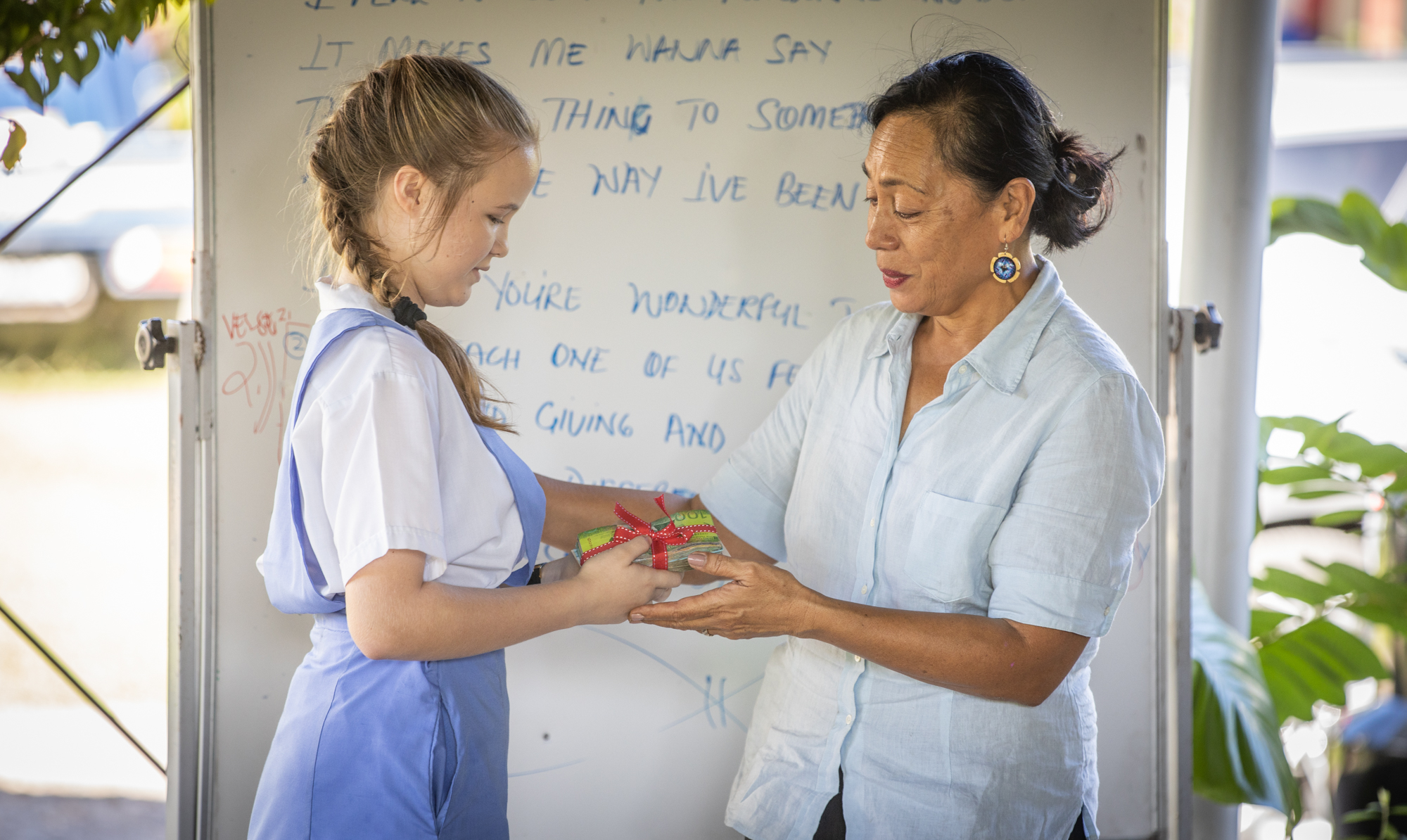 The first time she worked her way through a recipe she was just six-and-a-half.

“[It was] my double-chocolate-chunk cookie I started making the year I came to Samoa,” she said.

“It was in this kid’s cookbook and it was just a plain chocolate cookie. I tried it out and, being a kid, I would try anything to make it sweeter.

"Over the years I have tweaked it to make it more like a cake or brownie base, working out how to make it crunchy but soft and chewy on the inside.

“I’m pretty happy with how far I have taken that recipe.”

Over the years her palate has become more refined. No longer satisfied with processed chocolate chips, Seirosa buys blocks of dark chocolate and cuts it to size, or melts it into her mixtures. She finds white and milk chocolate too sweet now, too.

What started out as a “normal little bake-sale” has grown into something much bigger than the then-eleven-year-old could have ever foreseen.

In the beginning, Seirosa just wanted to give the proceeds of a small baking sale to her grandmother to help in her charitable work.

“My biggest inspiration has always been my grandmother and the work she does with the Adventist Development and Relief Agency,” Seiroa said.

Her grandmother, of course, is Su’a Julia Wallwork, the country director of A.D.R.A.

“It has been heart-warming to see Seirosa has a heart to reach out to respond to where the need is,” Su’a said. She has 11 grandchildren, and is impressed by each and every one of them, she said.

“I just thank God that even at this young age she has a feeling to help those in need.”

Seirosa says Su’a taught her grandchildren that it is always better to give than to receive; to look out for those who cannot look out for themselves; and to have an open heart:

“I really do feel that my grandmother has turned giving into a culture in our family; it’s a tradition, being a family that tries to give and tries to help one person at a time.

“That’s something great I grew up with and I don’t think I would be doing this if it wasn’t for my grandmother and all her teaching.”

At moments when Seirosa found herself too tired to bake or gave thought to abandoning a charitable project, her grandmother would remind her that everyone was put on earth for a reason.