TVNZ - A church pastor in New Zealand has been accused of deceiving a Samoan family, which has led to their potential deportation.

Tiave Tamilo and his family are facing the possibility of being sent back to the Samoa and he blames Pastor Alofa.

"This my first time I suffer in this world," he told Seven Sharp.

He said the downward spiral began with a contract from the pastor’s church, Faith and Life Changing Ministry.

The church promised great things if he left Samoa for New Zealand, including accommodation and $200 a week for expenses.

However, the accommodation wasn't as advertised and the Tamilo family was left with one room for five people, while Mr. Tamilo never saw the $200.

"I do everything like dishwashing, clean the floor, everything, and my kids, they clean all the toilets, everything they say I do," he said, adding he was treated like a "slave".

Tinnah Laalei from the Pacific Link Charity group, which works with Pacific people, said she has seen the same situation from others who joined the church.

"They were in vulnerable situation didn't understand rights," she said.

Mr. Tamilo said the church had his family’s passports while he worked for Pastor Alofa for a year, and 10 per cent his wife's earnings also went to the church.

The Tamilo family eventually saved enough to move into their own place, and Tiave was later offered a job, only to be let go because he lacked a work visa and will likely be deported.

For a month Seven Sharp sought comment from Pastor Alofa or his wife Se'epa, and finally the pastor's lawyer came forward to say his client wouldn't talk due to an ongoing investigation. 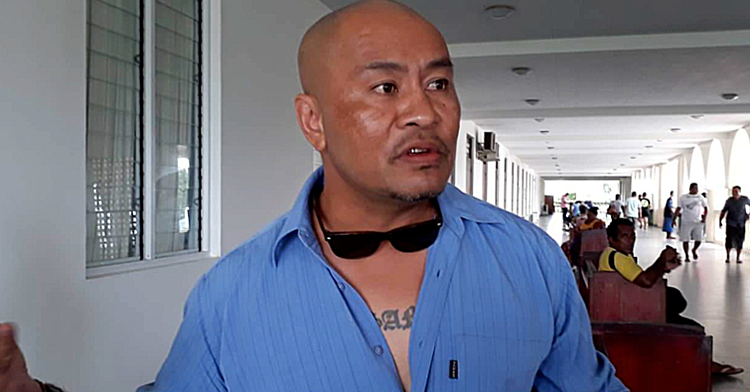