Asco Motors rewarded three of its loyal customers with Yamaha Mio scooters worth $7,000 on Saturday.

The handover ceremony was held at the company’s headquarters. 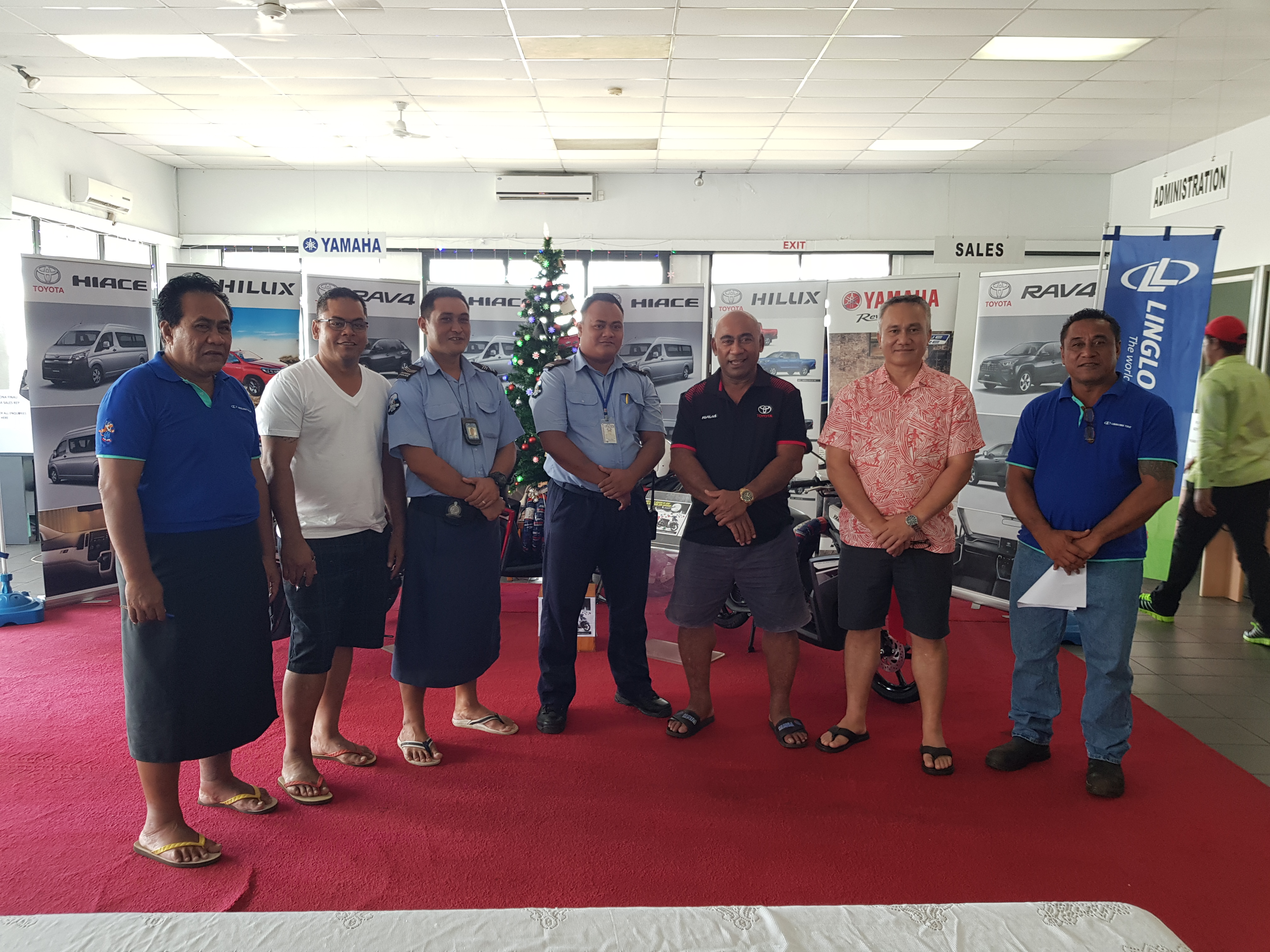 According to Lipa Vaoga, the sales and marketing manager of Asco Motors, the promotion commenced in October and concluded in December.

“All Asco Motors customers purchasing products and/or services [to] a value of $500 or more [qualified] for the draw,” he said.

Mr. Vaoga added that the lucky winners were drawn on December 21 at the Asco Motors headquarters at Savalalo under Police supervision. Each winner will receive a Yamaha Mio.

“In the beginning of this year we were looking at introducing or getting our country to get used to the idea of simple transport means by the way of Yamaha MIO scooter.

“But I think our people are very worried about riding a motorcycle or scooter so we decided that at the end of this year we would do a draw.”

He added that the significance of the promotion is to reward their customers:

“We would like to see our customers get some sort of benefits by purchasing our goods or services.

“The prizes are not only fitting for Christmas [being] around the corner but also I know our country is slowly recovering from the measles issue.

“We would like wish our colleagues and customers a happy Christmas and prosperous New Year.”

Asco Motors is one of Samoa's premiere automotive distributors that offer a variety of car brands.