Australia's measles mission among its longest

The Australian Medical Assistance Teams (A.U.S.M.A.T.) has been on the ground working to contain the measles epidemic since November 6 — marking one of the longest ever deployments for Australia's emergency response team.

Members of the Australian team are rotated every two weeks with new team members coming in to relieve those who have been on the ground working non-stop. A recently arrived logistics team is the fourth to touch down in Samoa to begin work.

A.U.S.M.A.T. are a multidisciplinary health team comprising doctors, nurses, paramedics, fire-fighters and logisticians. The team is designed to be a self-sufficient, experienced teams that can rapidly provide life-saving medical treatment in response to disasters world-wide.

The mission's lead, Abigail Trewin, who has been on island for three weeks said the team's deployment to Samoa represents close to the longest deployment in A.U.S.M.A.T. history after an eight week mission in Pakistan. But the Australian assistance is not over yet; while one of its emergency surge tents was taken down on Saturday, the team will continue to treat patients through Christmas.

Ms. Trewin explained that A.U.S.M.A.T. is very flexible and each of its deployments are different. The Samoan mission, she explained, has required a high level of critical care and support to the national hospital, by helping to treat patients during an epidemic that often overran the capacity of the national hospital at its peak.

"Things have changed over three weeks," she said.

"When I arrived there were still large numbers presented to the hospital, and now we're seeing the transition from response to recovery, so that's a really positive thing."

Ms. Trewin said it has been a challenge but it was achieved with support and the tireless efforts of the Samoan medical teams.

"We can't do these deployments without brilliant support, and [the] logistics team are exceptional," she said. 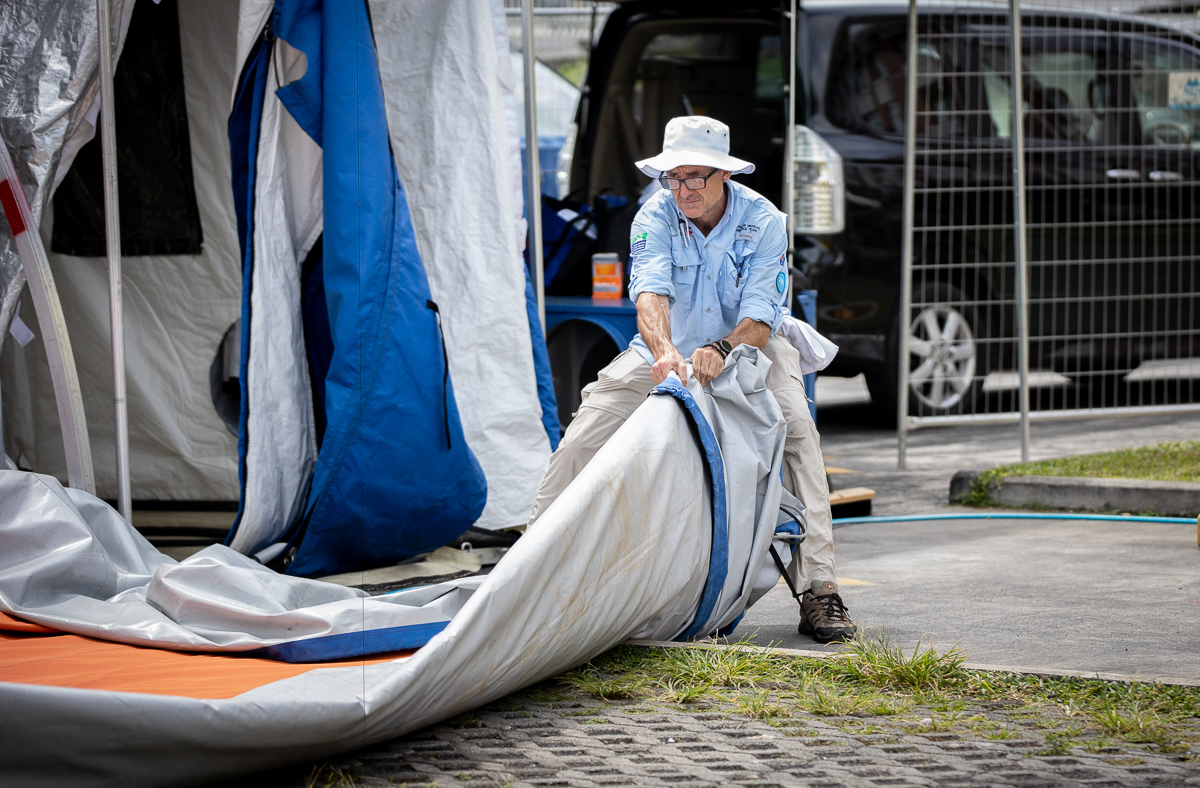 "And A.U.S.M.A.T. has brought in a large number of health professions to work in the hospital itself, as well as in these additional wards bases overflow, I think volume and intensity that everyone has experienced in this hospital has  certainly challenged everybody.

"In terms of our response, we're here for generally two weeks at a time and then change with another team, that means that we leave behind our Samoan colleagues who've been doing this for six-seven weeks.

"So while the work is really intense and at times, it's difficult for everyone, it has also been a privilege to be here."

The compassion that Ms. Trewin has seen from everyone during the epidemic, will be her most enduring memory of this deployment, she said.

"This has been more like a united family response to what has been a very large event for Samoa, and everybody has worked closely, side by side," she said.

"And I have not seen anything but goodwill throughout this entire process, so it has been, a very privileged deployment for many of us and one we won't forget."

It is believed another AUSMAT rotation team touched down in Apia on Sunday to relieve the current team.

Update: This article has been amended to correct the spelling of Ms. Trewin's name.

Six-week health challenge to kick off

Committing to a healthy lifestyle is no overnight fix. Changing eating and exercise habits takes time before it becomes a habit.

This includes people working in Hotels; car rentals; travel agency’s; restaurants, nightclub and bars; businesses around the airport (not including taxis) and those working in manufacturing companies.“Staff that was redundant will each receive $300; those placed on leave without pay will get $200 and employee with reduced hours or working part time will receive $100.”