One of the Australian Medical Assistance Team's emergency tents in front of the national hospital was taken down on Saturday - and the team who have been using it to treat measles patients for the past month could not be more pleased.

The tent being disassembled does not signal the end of Australian medical assistance to Samoa (their doctors and nurses were the first foreign country to begin providing assistance after arriving on November 6) but rather the changing nature of the measles epidemic.

The leader of the Australian medical team (known as A.U.S.M.A.T.)  in Samoa, Abigail Trewin, said in an interview that logisticians had taken down the tent because it was no longer needed.

What began as an urgent response mission changed into a recovery operation, she said.

"That's incredibly pleasing for all of us, especially the staff that work here full time," she said.

Two climate controlled shelters were built, including a High Dependency Unit and another as an additional surge capacity for the wards to cater for the lack of beds during the time of growing cases in the national hospital.

"The [surge facility] is no longer required as patients start to get well and start to go home, there are of course more beds in the hospital, therefore you don't need the surge facilities that we have," she said.

"So we're very optimistic and positive thing to see that they aren't required anymore. So I saw them go up and I've seen them come down.

"It's always a good day when you can start to pack up the temporary parts of the response and see the hospital return to normal business." 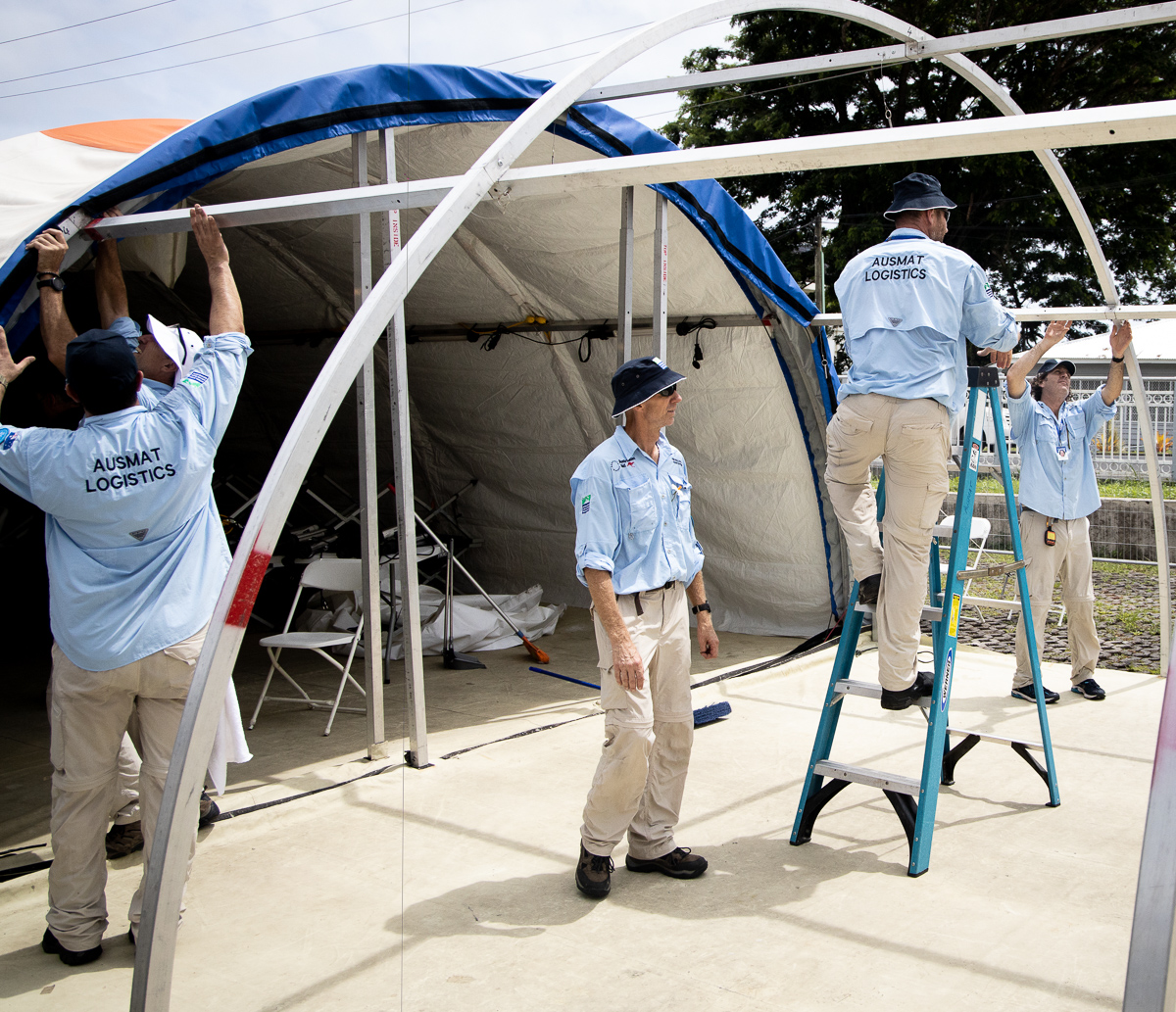 The surge facility that has been taken down has been up for three weeks, while the High Dependency Unit will continue to be up until after Christmas, said Ms. Trewin.

Despite the positive news, she advised Samoa to remain vigilant about the epidemic despite the apparent success of the Government's mass vaccination plan.

"We're grateful that the numbers have come down but I think, everyone in the community needs to stay vigilant and stay vaccinated," she said.

"They need to ensure that everyone sees their health professionals if they become unwell and to not hesitate and not wait to being children who have had measles to hospital."

Ms. Trewin credited their logistics teams for their tireless efforts in supporting the medical A.U.S.M.A.T. team saying they have displayed extraordinary dedication. The members of the team cross multiple professional disciplines including pilots, carpenters, mechanics and engineers, as well as medical professionals.

Update. This article has been amended to correct the spelling of Ms. Trewin's name.