Members of the Catholic Church at Lauli'i celebrated the official of their new church $400,000 building on Friday.

The celebration started with a mass conducted by Archbishop, Alapati Lui Mataeliga. More than a hundred members of the congregation attended the service.

The church is currently under the leadership of Deacon Tuivasa Ati.

A representative of the Laulii Catholic Church, Misa Kalolo, provided a report for the project, confirming that it cost more than $400,000.

The funds were attained through various donors both locally and overseas and fundraising activities, he said. 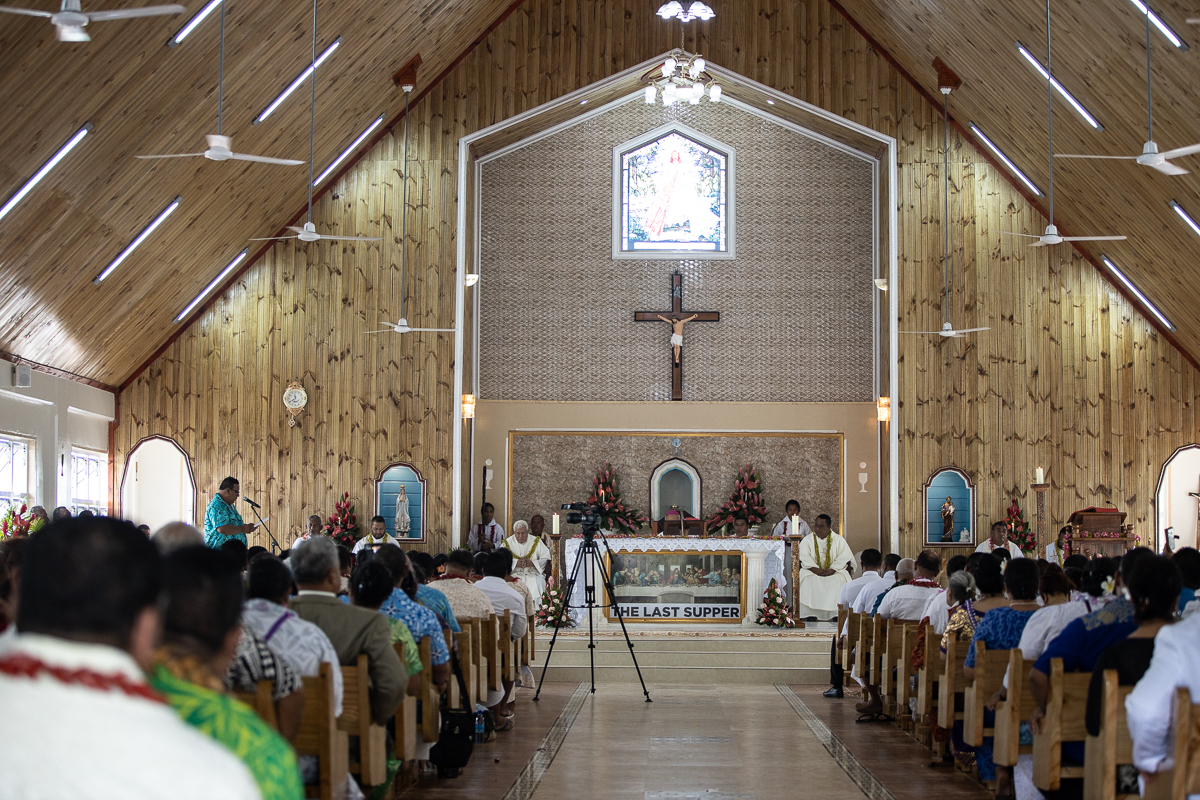 Misa also revealed they started discussing the project in 2016 given that the condition of their church building then was deteriorating.

One of the congregation members, Tala Ave, expressed a heartfelt appreciation to everyone who contributed.

“I thank God that we have a new church building to worship in and attend mass in,” she said.

“So many people worked so hard in fundraising so that we can try and achieve our goal of praying in a new church.

“It will be a joyous Christmas and New Year’s because we will celebrate and commemorate through our church services in our new church.”

She added that the significance of having a new church building it will facilitate so many members of their church.

“I love the new designs and the large space of our new church because now so many of our church members will all fit in.

“It is a joyous occasion because despite how hard it was to fundraise but we must put God first through our church services.”