Samoa
Dinah Vaiaoga-Ioasa, co director and producer of Take Home Pay is back in Samoa to bring her latest film as a Christmas gift to her country burdened with the measles epidemic. (Photo: Aufa'i Areta Areta)

The most recent addition to Samoa’s silver screen, Take Home Pay, will play on national television during the festive season as a Christmas gift from its Samoan team.

The sibling Director duo, Dinah and Stallone Vaiaoga-Ioasa, are based in Auckland and wanted to do something for their families and people back home suffering under the measles epidemic, which at its height claimed six lives in one day, on November 28.

So far, there have been 5,425 infections of measles, and 77 people, mostly children under five, have died. Measles has caused devastating complications in its victims like severe pneumonia, croup and lung failure.

In an effort to stop the spread of disease, the Government of Samoa embarked on a mass vaccination campaign to get majority of the population immunised against the rapidly spreading disease.

In a month, 94 per cent of eligible people – who are not too young, too old, or too sick – have been vaccinated and the infection rate is showing signs of slowing down.

There were 53 new cases of measles on Tuesday, the Government reports, less than half of new daily cases being reported only one month ago. 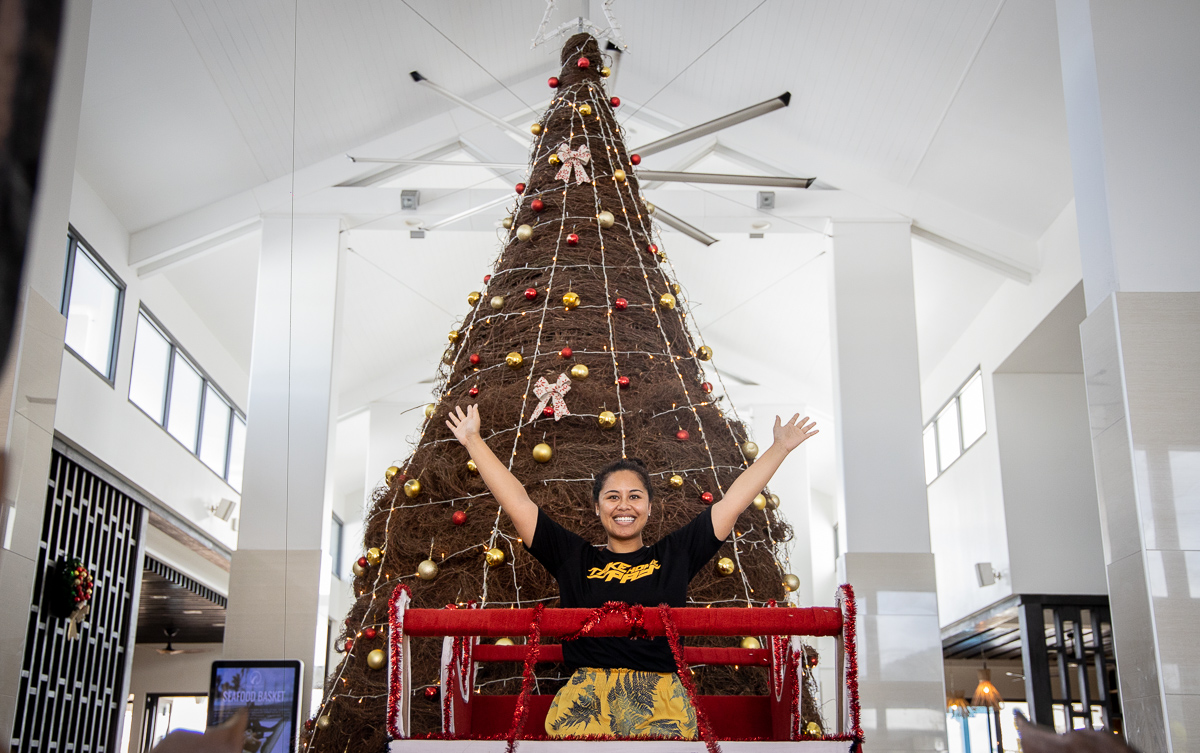 Ms. Vaiaoga-Ioasa and her brother, alongside the Samoan diaspora abroad have been feeling the pain their country is heaving under.

“A lot of people back at home are trying to find their own way to contribute. We feel so far away, especially at such a hard time,” she said.

“For us, we might not have heaps and heaps of money but we our talent is making films and we hope our films will be able to share some love this Christmas.”

Take Home Pay will screen daily at different times, which will be posted on their Facebook page, until January 5.

The Vaiaoga-Ioasa siblings have included at the beginning of the film a message of support to the audience.

“It’s not going to take away all the pain, but if it only gives a moment in time where we can just enjoy being with our family and feel a little bit of joy then that is all we can hope for.”

Ms. Vaiaoga-Ioasa added she hopes the international medical teams helping Samoa and missing their own family Christmas festivities will be able to enjoy the movie too and have a laugh with Tofiga Fepulea’i and the cast.

Being a part of a large community all trying to do their part to help their homeland has sweetened the hardship of feeling far from home during a crisis, she added.

Just over the weekend she attended a benefit concert of Samoan artists, all fundraising for Samoa.

“You could feel everyone was there wanting to put on a great show and wanting to show some love for our people, especially now it’s Christmas time.

“It’s great to see our people coming together… it shows how much of an effect this is having on everyone. Everyone knows someone who has been affected by it, which makes it more surreal I think.”

Ms. Vaiaoga-Ioasa just found out over the weekend that a young distant relative of hers was claimed by the epidemic.

The team at their distributers, Madman Entertainment, had already heard about the epidemic in Samoa and were willing to release their film to be played over the holidays.

“As soon as they gave us the okay, I booked my flights and contacted TV3 who were excited to play the film, especially around this time of the year,” Ms. Vaiaoga-Ioasa.

“We wanted to spread a bit of Christmas joy to our people, our target audience is our people and it just seemed like the right thing to do.”

Take Home Pay was released in September and had a sold out premier screening at the Apollo Cinema.

It is about two Samoan brothers (Taulafo and Vito) trying to eke out a living in New Zealand picking kiwifruit. But one brother steals all the pay and disappears, so the other enlists a family member and private detective (Fepulea’i) to track him down.