The nearly 400-strong Schuster clan have pooled their resources to bring $17,000 worth of baby supplies for the sick children of Samoa suffering from measles, and on Thursday handed them over to the Helping Hands and Faith Angel Foundation.

The measles epidemic, which landed in Samoa in late August and has infected at least 5,424 people since then, has seen an overwhelming demand on the health system, and caused great suffering to the more than 1,749 people hospitalised by the disease.

But they have had help, from the tirelessly working healthcare staff, and from ordinary citizens who have taken it upon themselves to bring supplies, prayers and cheers to the hospital wards.

Helping Hands, led by Eka Arp and her family have been cooking for inpatients and their families as well as hospital staff, and brought packages of toys, activities, and basic necessities to the families in the hospital. 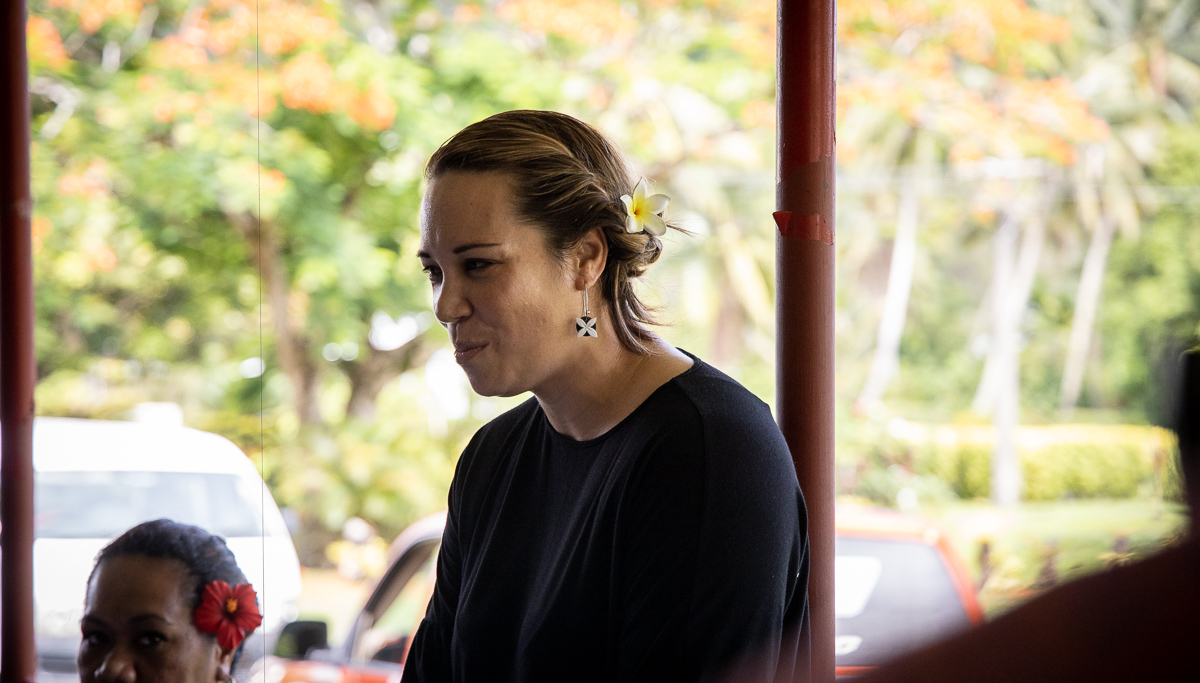 Clara Ah Kuoi, who said she had a calling to help, has established the Faith Angels Foundation to do similar work, asking families in the wards what they need, and trying her best to bring it to them.

Currently, there are 17 critically ill children and 101 other measles patients in Tupua Tamasese Meaole Hospital and 20 across the nation’s other hospitals.

The Schuster family, who are gathering this month for their family reunion, wanted to do their part to help the two organisations carry out their work. 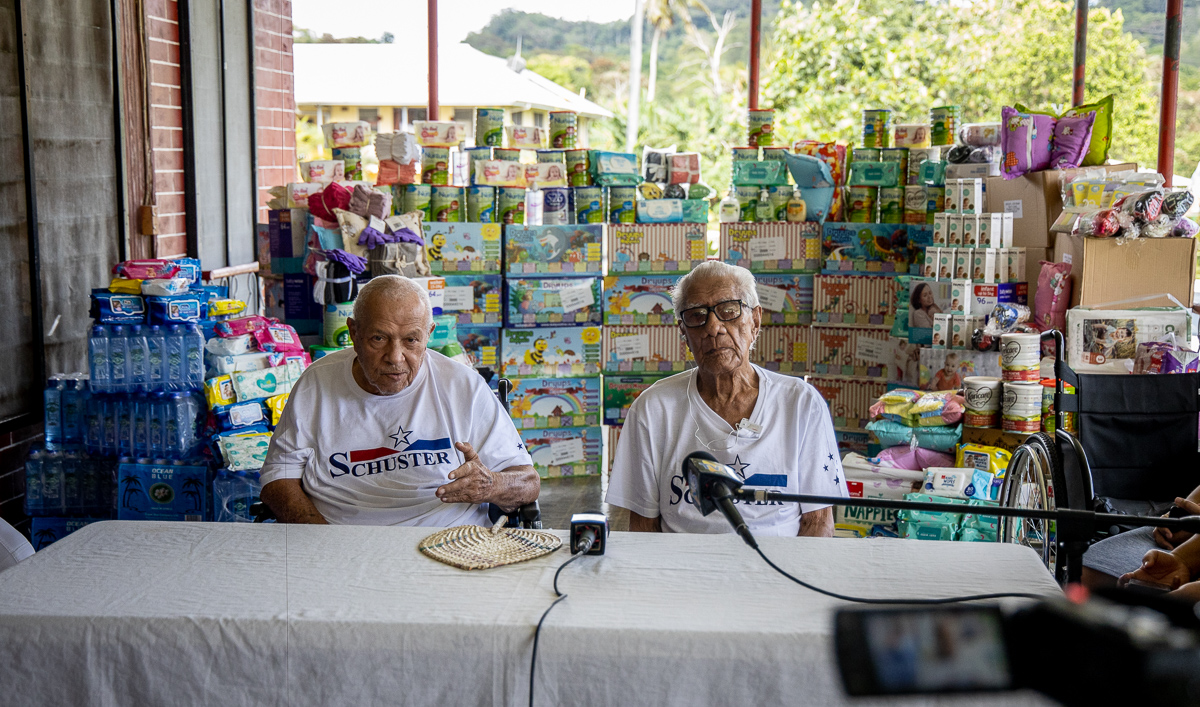 “We know for sure the Faith Angel Foundation and Helping Hands will continue their great voluntary service of ensuring these will reach those that need it most,” Mr. Netzler said.

“Loves is the key to life. If you do not love, you waste your time.”

Saunoamalii said he hopes that the children currently afflicted will heal quickly, and that soon the measles epidemic will end.

“To the parents who have lost their loved ones we offer our sympathies and condolences,” he said.

Eka Arp of Helping Hands stood to accept the donation with tears in her eyes.

“During a time of so much tragedy, some good has come out,” she said.  “Thank you for letting us be the hands and feet for your family. It does make a difference to those families.”

Ms. Ah Kuoi said she will continue to give to families in need to show her children, and Samoa, how to love.

“We can’t preach love, we have to be examples to our children, especially during this time,” she said. 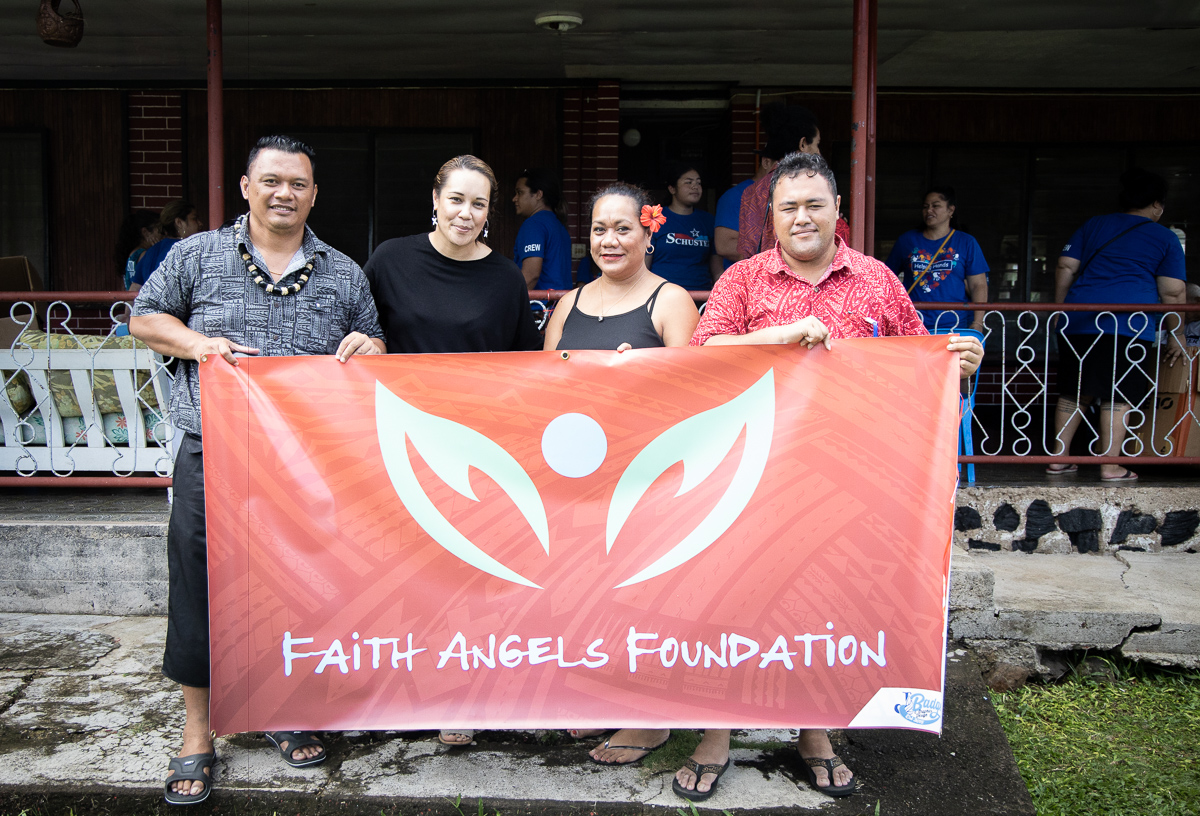 Angel Foundation coordinator Yvette Ioelei said even after the epidemic is over, the foundation will keep working to look after families in the hospital, especially those who have travelled from afar and may be without essentials like baby needs or food.

When people started offering them money instead of resources, they sought legal advice and established a proper fund, she added.

“You can’t be receiving money when you are not a legitimate non-government organisation,” she said.

Marina Keil, who has been helping organise her family’s reunion and donation, said they want to tell the families suffering from measles that thousands of people are thinking of them, and praying for them.

The family chose to contribute to the work of Helping Hands and Faith Angels Foundation, and not to the National Emergency Operations Centre because they wanted to see their donations in the hands of the families who needed them as soon as possible.

“Clara and Eka are my best mates. I see the work they do and they assist the families with expensive things like diapers and baby formula,” Ms. Keil said.

“It should go a little way to help the families that are in need.

Some family members that were supposed to come for the reunion cancelled because of the epidemic, and donated the money they would have spent to the relief effort.