Brown Girl Woke have presented a $5,000 tala donation to the A.S.A. Foundation's Measles Samoa Fund Appeal to give back to families affected by the epidemic. But Thursday's donation, they say, is only the beginning.

A portion of the donation, which was presented on Thursday morning at the National Bank of Samoa's main branch in Apia, will be released in $300 tala tranches to 13 affected families in the coming days.

Maluseu Doris Tulifau told the Samoa Observer that a primary concern of the project was to ensure that donors' money was flowing directly to affected people.

"Tuala and his organization has been helping us do just that, we had the opportunity to ride along with A.S.A. foundation yesterday and see some of the families affected, which is what we wanted to see from this collaboration," she said.

The plans were announced a month ago to give back to the Samoan people, Ms. Tulifau and Ms Sale said during on an interview on Monday morning, but the arrival of the A.S.A. Foundation gave her the rare chance to see the impacts of donation drives on the ground among affected groups.

"I wanted to be there in the cars, and making sure the money got to those affected. When it comes to money from our community overseas, they want to see where it's going," she said.

She also says that they are aiming to ensure that the data the A.S.A. Foundation has been collecting on the crisis can be employed to ensure the general well-being of families in Samoa.

Tuala Tagaloa Tusani told the Samoa Observer that they have seen the pain and sadness in grieving families' faces and any attempt to help with the enormity of these losses was the aim of the outreach: "Most of the families that we visit don't have much. Anything, even what B.G.W. is doing with these donations makes a big difference in bringing some comfort to these families." 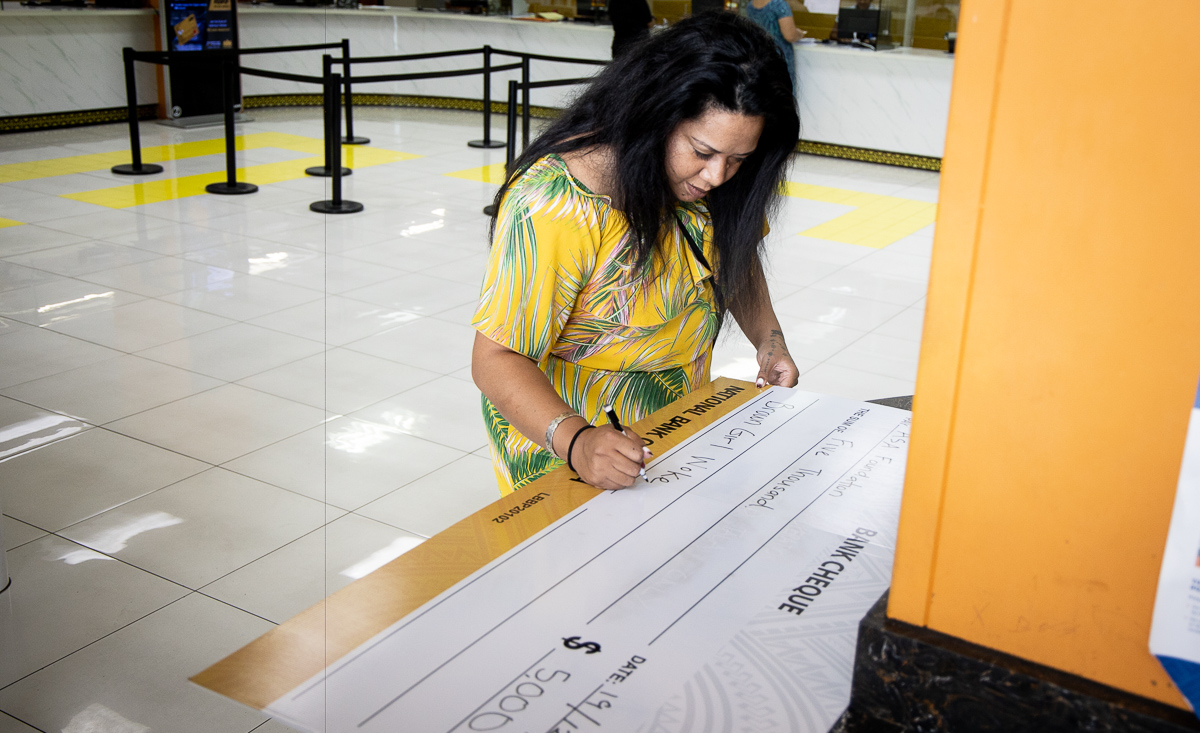 He adds that this donation means that they will be able to help more people with Christmas around the corner.

B.G.W. told the Samoa Observer that over 10 locations across the United States of America are sending through donations.

"From Christina and her husband's collaboration with Inkies Tattoos in California - which donated over USD$6000 for the relief effort [...] - everything given in adds up, so we're trying to make these get to the right places."

Ms. Tulifau told the Samoa Observer that she has never in her 2 years in Samoa seems such a huge involvement from America up until now.

"It's good to have these things done in a way that's transparent, so that when the Samoan community in America continues to give back to the people, they will do so trustingly."

B.G.W. and the A.S.A. Foundation say that this is only the beginning of their plans to give back to Samoa during this moment of crisis, with member Christina Sale saying she would return.

While this $5000 tala donation is for families currently in need of assistance, they have plans to grow their charitable operations with future donations to broaden as long-term impact of the measles crisis becomes felt.

Both herself and Ms. Tulifau have been in contact with various C.E.O.s to discuss the development of a support package for affected families that will continue into the new year.

"The grieving process for something as tragic as this takes two to three years to heal. So we want to be with them and help them throughout the phase. It may not take three years, it may not be five, but the goal is to just be there," Mrs. Sale said.

Mrs Sale says that she wants to help grieving families remember what they have lost, and to help them understand that there are resources available for them.

This is not the end, Doris Tulifau, from B.G.W. vowed.

"These families still need help, we're still trying to get throughout the year, and offer them the support they need. This is going to be huge."

Both organisations wanted to thank the many donors and families and volunteers who have given help to this donation and its cause.