Health staff working around the clock to treat the overwhelming surge in patients at the nation’s hospitals during the measles crisis has incurred a $3.6 million overtime bill.

This was revealed by the Minister of Finance, Sili Epa Tuioti, when he delivered a supplementary Budget for the year, where he asked for an extra $23.6 million to see the nation through until the end of the financial year in 2020.

The budget included three major items for the Ministry of Health: overtime for workers, the payment of late ACC bills and the building of a new division to oversee the hospital pharmacy.

“The health services continue to be Government’s key priority sector and resources will consistently be diverted to ensure uninterrupted services to the nation,” Sili said.

In the last four months since the first case of measles was reported to hospital, the epidemic has cost at least $22 million, an initial economic assessment suggests.

Government has released $6 million from the unforeseen expenditure budget, and the National Provident Fund gave $7.8 million tala to its members as a “special early dividend” to stimulate spending. But more such stimulus will need to be done, Sili said.

The announcement of $3.6 million towards overtime will be welcome news to the nurses, doctors and support staff across Samoa’s hospitals working tirelessly without end in sight for months.

Their efforts have not gone unnoticed by the international aid brought in for relief. One nurse described what he saw as staff “working their fingers to the bone.”

Last month, Nurses Association President Solialofi Papali’i said she cried at working watching the nurses work to the extent they could barely sit down.

“I find myself shedding tears as I watch the nurses at work,” she told the Samoa Observer.

“They cannot sit down due to the busy nature of their work in these situations, standing from the morning until the end of their shift to closely monitor the babies.”

Overtime was not her priority then, but instead she was focused on “rescuing Samoa.” But the announcement will go some way to compensating staff who have now gone months working seven days a week without family time.

“The work we do is costing us our families, especially our children as well as our health,” Head of the Maternity Ward Robyn Roache Lui-Yen said.

The Supplementary Budget also request $285,000 to pay the Accident Compensation Corporation what they have been owed for the last financial years.

It has not been explained why the Ministry of Health owes so much to the A.C.C. but “the Ministry has been duly advised to ensure this does not recur in the future.”

Finally, it appears the Ministry intends to establish a new division to “oversee” the pharmacy stocks. It requires $48,000 to pay salaries and operating expenses.

The T.T.M Hospital Pharmaceutical Warehouse was in the spotlight last month when a private medical clinic was halted from administering vaccines the M.O.H said they should not have had.

Six vials, or 60 doses of measles, mumps and rubella vaccine were confiscated and destroyed, and the clinic was put under investigation to learn how they got the vaccines at all.

A total of $8,462,507 was requested in the budget to cover expenses sustained during the measles emergency. 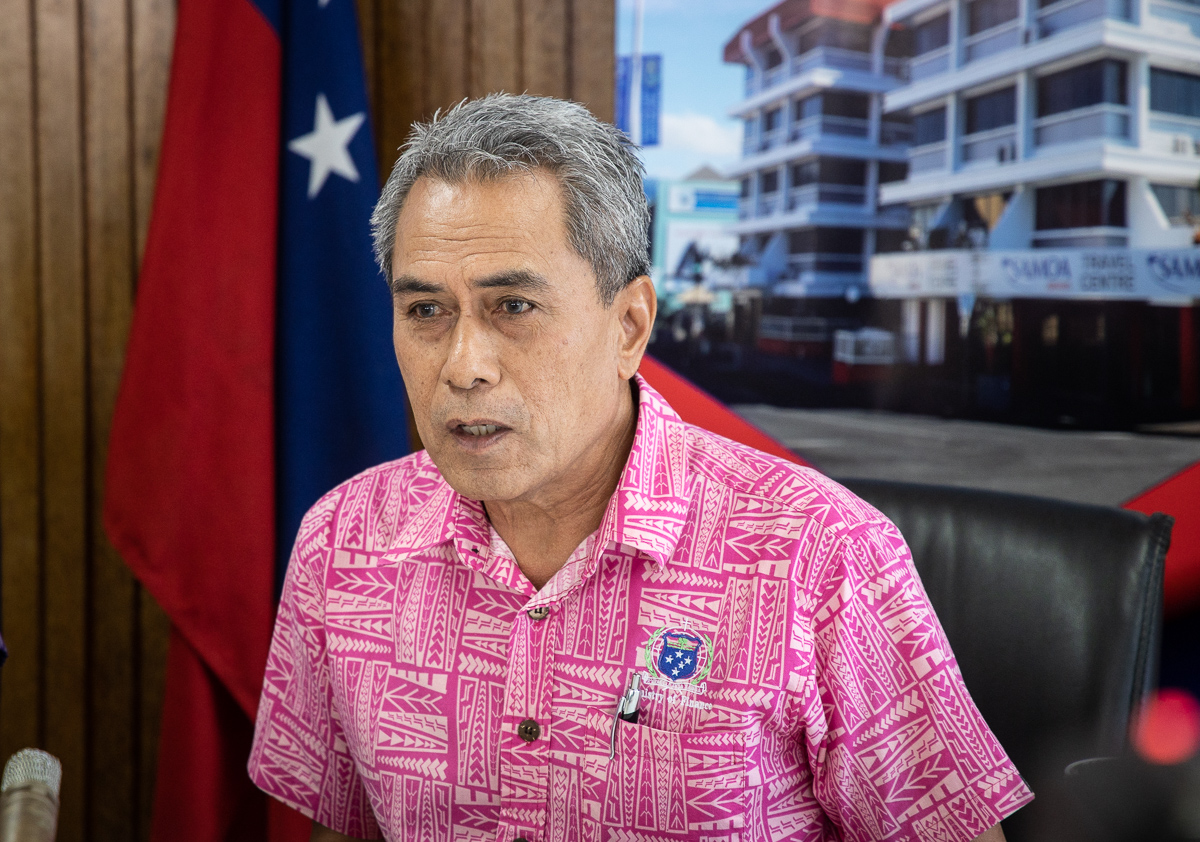 Minister Sili said Government has spent up large on medical supplies, furniture, refurbishments to the hospital – including repurposing parts of the old hospital – vehicles, media and more.

“The Government is also committed in continuing its vaccination program and awareness programs on an annual basis and will continue to require resources,” Sili added.

As a side effect of the measles epidemic, Samoa’s tourism industry has taken a sever hit. Samoa Tourism Authority will see a $250,000 boost to their budget to help the industry recover, and fast.

Sili said the Ministry of Finance and the S.T.A will work together on remarketing Samoa.

A total of $518,813 has been given to the Government by United Nations agencies: the World Health Organisation, U.N. Development Programme, the U.N. Population Fund and the U.N. Resident Coordinators Office.