Samoa
Samoa group with the other group from other islands in Japan (Photo: suppiled )

Japanese culture, use of advanced technology and their obsession with time management has made a big impression on a group of visiting Samoan students.

The 20 students, who were from the University of South Pacific’s Alafua Campus, were part of an exchange program to Japan from December 2-12 that also included peers from Fiji, Federated States of Micronesia and Vanuatu.

They visited Tokyo City as well as the Nagano Prefecture during the exchange program.

The 20-year-old team leader of the Samoan students, Patsy Jennifer Laga, told the Samoa Observer that communication was a challenge for the group but their first impressions of Japan and its people are memories that they will keep.

“It was amazing to see and experience how the Japanese kept their culture alive when visiting the temples they all wear traditional clothes,” she said.

“Our experience in Japan, we were amazed at the advance use of technology in the country and everything seems easier with it, and also the time management of the people.”

Ms Laga said her group members were speechless when they saw demonstrations of  Japanese society’s use of technology including the deployment of robots as a salesperson. 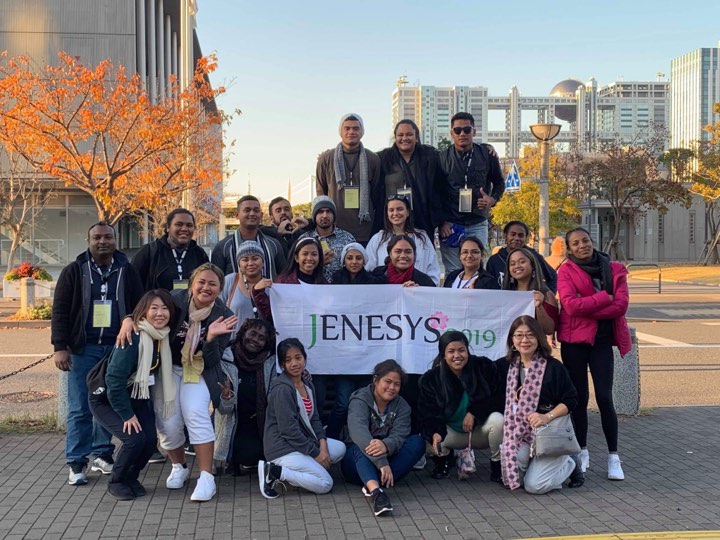 “The best experience is the advancement of technology in Japan, and how a robot is selling products in the store which was so amazing,” she added.

The difference in the architecture and building styles between Japan and Samoa was also noticeable according to the students.

“Arriving at the Japan airport for the first time I was amazed at how big the building is in comparison to Samoa’s airport,” Mr. Leuiluniu said.

The absence of pollution and the use of waste management systems as a renewable energy source to supply electricity to homes, business and school was also an eye opener for the visitors.

Time management – as a favourite Japanese pastime – was not lost on the students who then thought of the challenges they would normally face back home.

“It was a big challenge for us when we arrive in Japan, everything was time management, because people and everything in Japan runs on time,” Mr. Leuiluniu added.