Father in mourning gets helping hand

A father of five, who lost his one-year-old daughter to the measles crisis, received $300 and a free coffin on Monday thanks to the Asa Foundation. 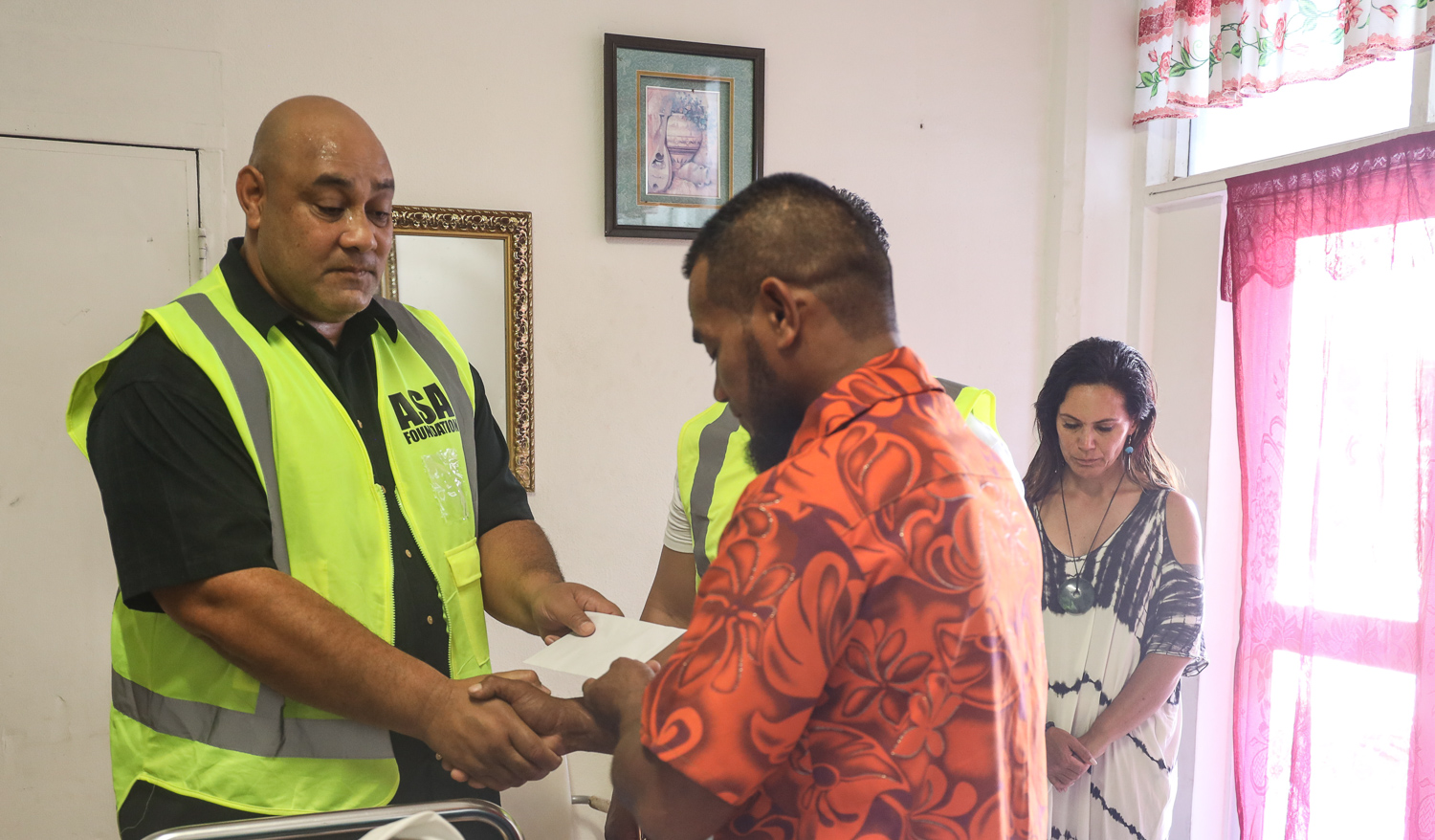 “My daughter died at the I.C.U in Moto'otua Hospital on Sunday but she was hospitalised for more than a week,” said Mr. Lualua.

The 38-year-old added that they first took Ferolini to the hospital because she had a fever. She was later diagnosed with measles.

“I have two children who were hospitalised together," she said.

“My three-year-old son was hospitalised first then later brought Ferolini but she passed on while my son recovered.

“All my five children have been vaccinated but three contracted the measles virus after a week of injection, we believe that they got sick from one of the relatives who had the virus first.”

He added that after four days in the hospital his child showed signs of being critically ill.

“The doctors said that my daughter’s lungs, heart, kidneys were badly affected and there was nothing else they could do."

The death has devastated the family.

“My happiness is incomplete. I had high hopes she would succeed in the future and yet this disease has taken her away from me.”

In tears, he said that she was unforgettable.

“She acts like she is older than her siblings yet she is the youngest of my girls.”

Mr. Lualua thanked the donors who helped his family financially and provided the free coffin.

“I thank you from the bottom of my heart for the assistance that has been given to our family. We pray God will bless each and every one of you who helped.

“We are taking the body of my child on the 6am boat ferry back home where we will lay her to rest at our home in Iva, Savaii.”

A representative from the Asa Foundation, Tuala Tagaloa Tusani, said they act on behalf of the donors to distribute the assistance to families who have lost loved ones to measles.

“A total of 24 coffins were donated by Ronald Wattam and the Kiwi Coffin Club in Rotorua which will arrive on Tuesday.

“The family Mr. Lualua is the first recipient of the coffin assistance with financial support.

“The purpose and significance of our work is to help the grieving families directly. We also extend the assistance to any families who have lost loved ones to measles to come forward and let us know we will supply the coffins and financial support for funeral services.”

Another representative of the Asa Foundation, Leapai Richard Brown, said that more than 20 families so far have been given financial assistance.

“All the assistance we have given out was donated from various donors in New Zealand which we have distributed for the past three weeks.”

Asa Foundation acknowledged companies, churches, organisations and individuals who have partnered with them to ensure there is a well-coordinated operation to reach the people in need as soon as resources are available.