Samoa lose to Kenya, must beat Ireland to stay alive

A couple of upsets in Pool D have left the Manu Samoa 7s with plenty of work to do on Day Two of the Cape Town Sevens.

Australia’s 21-26 loss to Ireland looked to have opened the door for Samoa to breeze through to the quarterfinals, before they themselves were tipped over 19-24 by Kenya.

They couldn’t play with the same discipline as last weekend though, and were often outmuscled by a Kenya side that were competitive in their three pool losses last weekend. 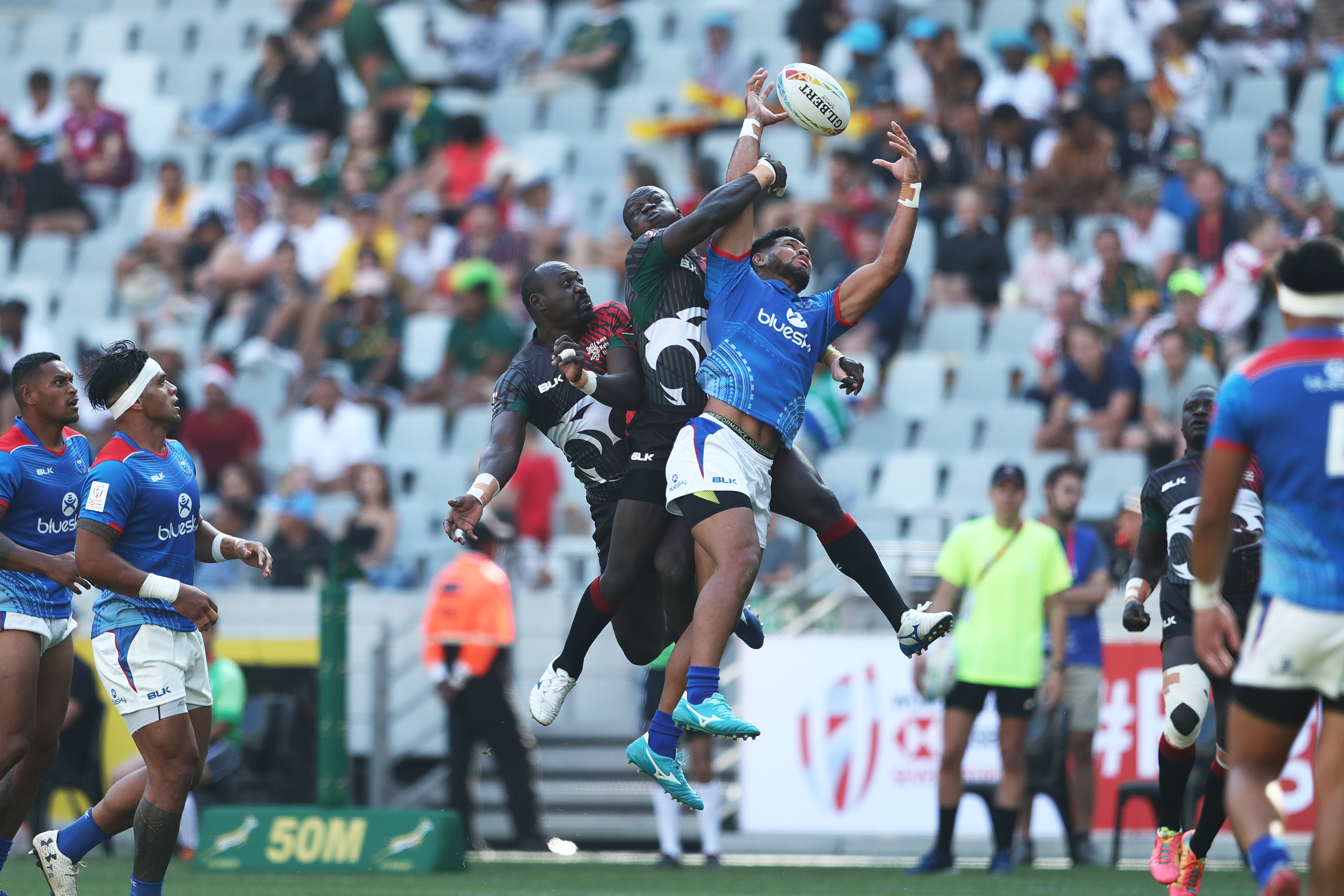 A penalty at the kickoff receive gave Samoa some early attacking ball, but Alofipo was tackled out over the touchline.

The Manu 7s were penalised at scrumtime, and Kenya played on quickly, keeping the ball alive witha a flowing move forward.

Kenya soon stole the ball back with a breakdown penalty, and Alvin Otieno made it 10-0 with another try with just over two minutes left on the clock.

Joe Perez replied for Samoa a minute later, running across the defensive line and stepping a couple of players before exploding forward to score from 50 metres out.

Another penalty at the kickoff gave the Manu 7s a chance to take an unlikely lead into the halftime break.

But they lost the ball, allowing Kenya to counter over halfway before earning their own penalty at a breakdown on the 22 metre line.

There were an extra three minutes played after time was up before Daniel Taabu ran around Samoa’s defensive line and motored in for a try that made it 17-7 at the break.

Neither team could hold onto the ball for too long before the double blow which would make it nigh-on impossible for Samoa to come back.

Paulo Scanlan received a yellow card for a deliberate knockdown, before the referee was alerted to an off-the-ball tackle from Belgium Tuatagaloa which earned him a sinbinning at the same time.

Samoa defended well with their five players for the first minute, and won the ball back before winning a penalty for a Kenya high tackle.

But Tomasi Alosio’s punt didn’t find touch, and Kenya made the extra two men count with a try to Billy Odhiambo, making the lead 17 with just three and a half minutes left. 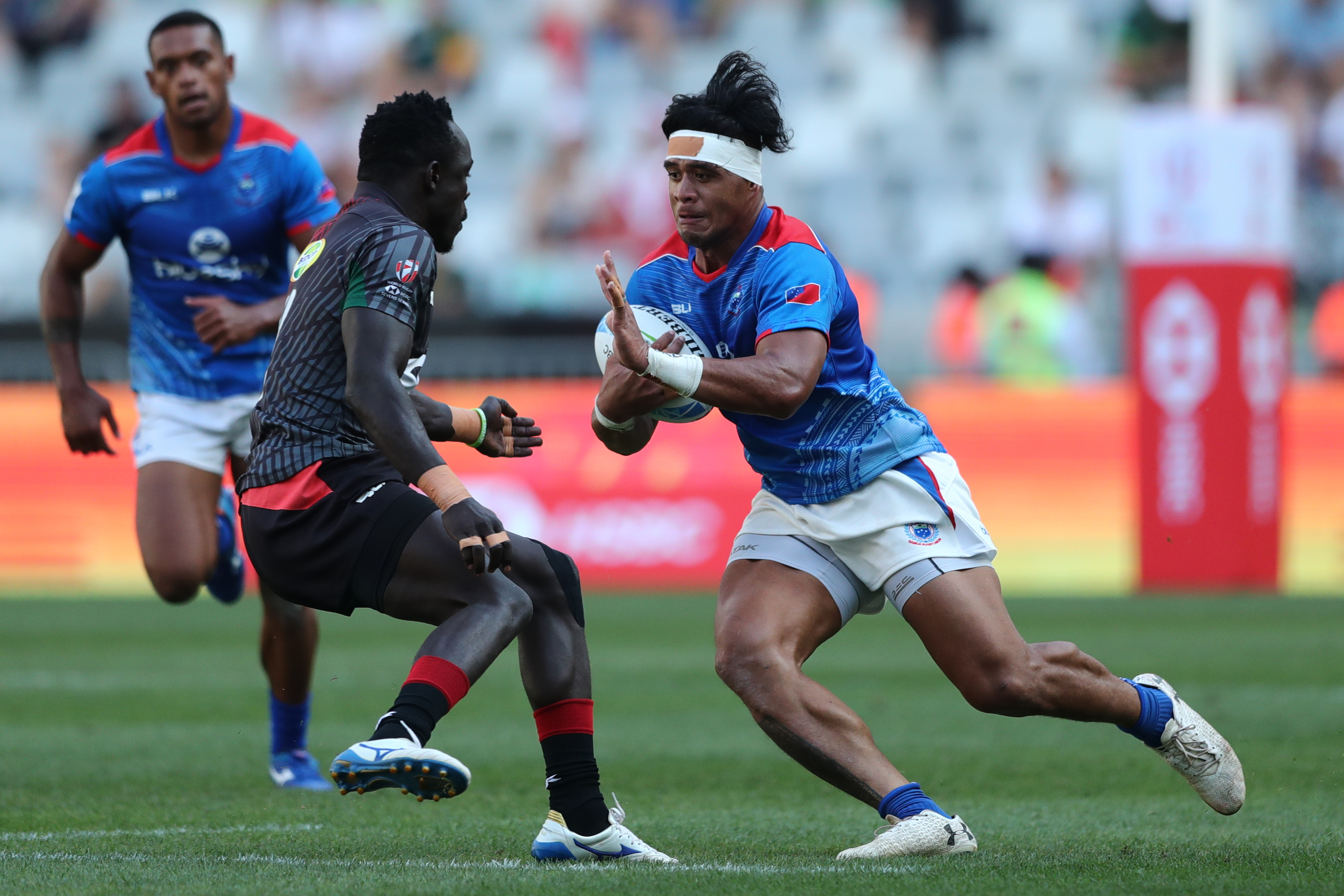 Samoa were penalised at the breakdown once more, but won the ball back on halfway with two minutes left.

Belgium Tuatagaloa ran a nice cut in behind substitute John Vaili to carve the Kenyan defence up, making the conversion himself quickly to draw within 10 points with 30 seconds left.

Joe Perez did well to get the kickoff back for Samoa, and later scored his 50th World Rugby Sevens Series try, but it was too little too late.