Two registered nurses on their days off, treated a neighbor who contracted measles. (Photo: Supplied)

Two registered nurses and a woman from the hospital's data center have been credited for saving the lives of three girls at Vaimoso-uta after their condition worsened.

Mele Seu Setu, Junior Solo and Tafa Fuimaono were having tea on their day off on Saturday at Vaimoso-uta when a neighbor called for help.

In an interview with Samoa Observer, one of the two nurses, Ms. Setu said the three little girls were given the wrong treatment, resulting in them recording temperatures of 39 degrees and high fever. 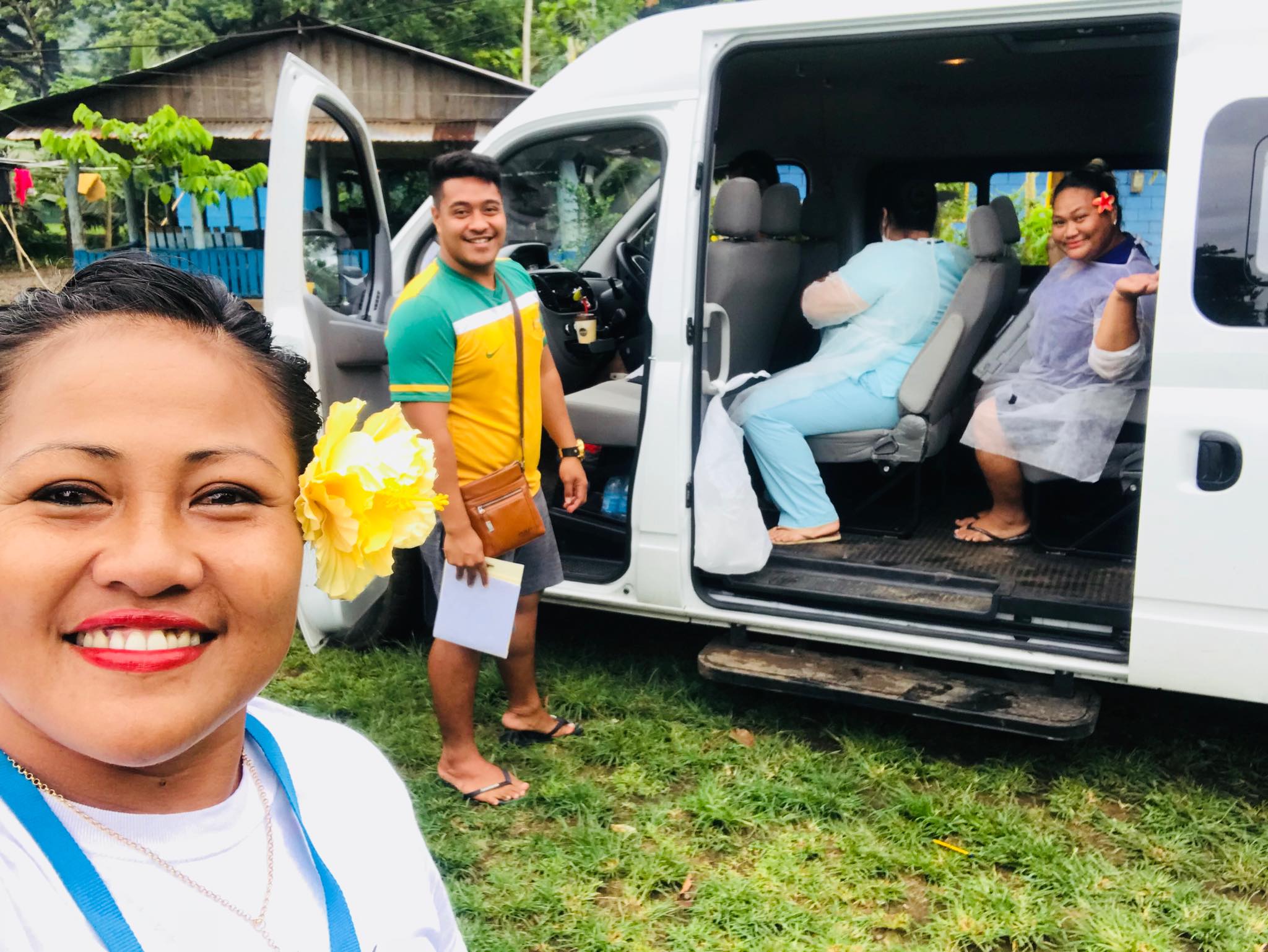 "We got there and they were heavily folded with sheets with traditional treatments on their bodies," she said.

"The heartbeat, temperature and blood pressure were all very high because of the measles and they should've been brought to the hospital in the first place."

According to the mother of the three children, whom did not want to be identified, she believed in the traditional healing which cured her one-year-old son who initially contracted measles.

Consequently, her three daughters aged 8, 6 and 4 years were affected by measles for more than a week and treated at home with leaves (Fuefuesaiga and lauti).

However, she sought help from the nurses which were her neighbors as her childrens' conditions worsened.

The three girls were brought to the hospital by an ambulance after first aid treatment was applied by the two nurses and Ms. Fuimaono and they have now been admitted for measles.

"Like these little girls, they would've been claimed by the measles if they weren't sent to the hospital that day," she said.

"We know our traditional methods of healing are very vital to our communities but with the measles, we think that's it's best to see the doctors especially when our children are at their worst."