The ceremony was held at the Head of State’s residence at Vailele on Thursday. 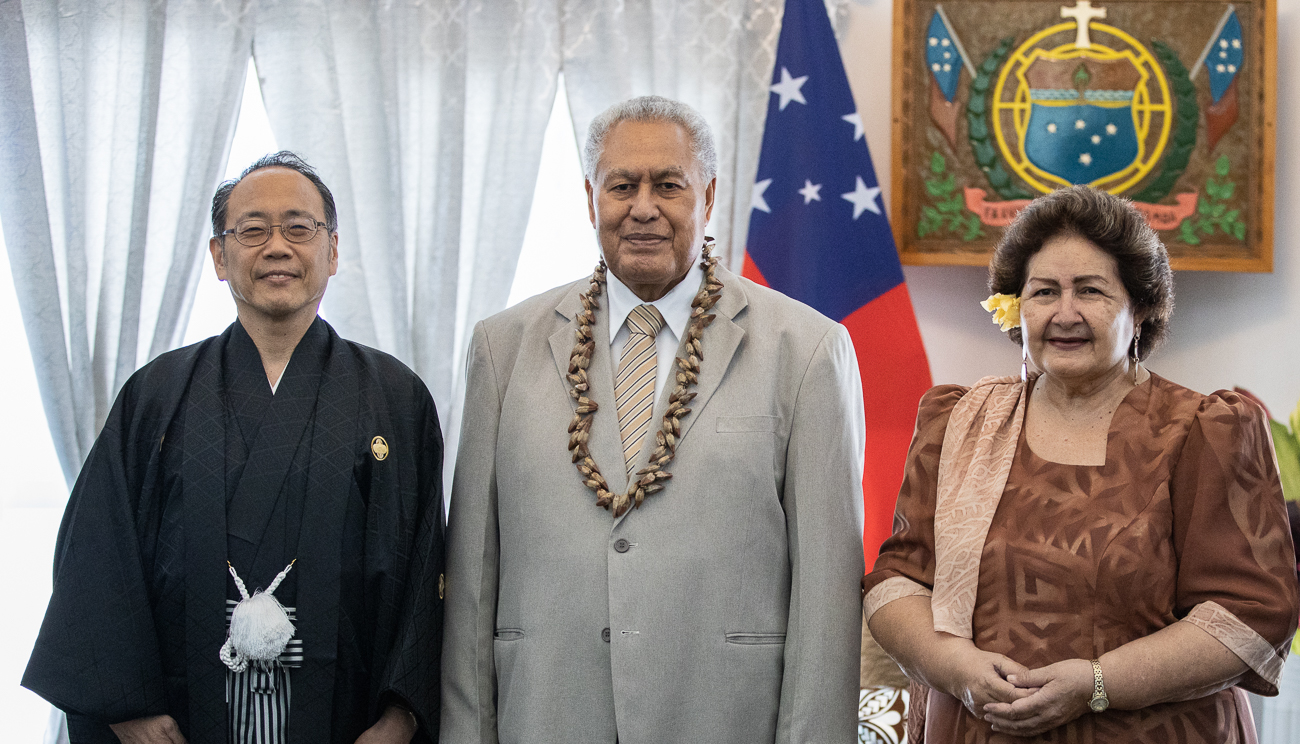 Mr. Terasawa expressed a heartfelt appreciation message from the Japanese Emperor for His Highness and his wife Her Highness Faamausili Sualauvi's visit to attend the Emperor’s Enthronement Ceremony in October this year.

Tuimaleali’ifano expressed his appreciation for the gracious messages from His Majesty Naruhito, Emperor of Japan.

“I humbly ask that you convey my esteemed wishes for the good health of His Majesty, and it was indeed an honour to attend the solemn occasion of His Majesty’s Enthronement Ceremony,” he said.

He also acknowledged the warm and courteous reception received during their visit.

“Please accept my highest consideration for His Majesty’s noble desire in deepening the friendly relations between Samoa and Japan," he said.

“I acknowledge with gratitude the medical assistance of the Government of Japan to support our national emergency efforts in combatting the measles outbreak in Samoa.

“It has provided support to our medical and relief teams working tirelessly in collaboration with other development partners to provide critical treatment save lives, and nationwide vaccinations of our population.”

The Samoan Head of State said that the two countries have enjoyed long standing cooperation through cultural and academic exchange programs, volunteers, private and public partnerships.

“Recent events included the kind hospitality of the Iwaki City and people of Japan as spectacular hosts towards our national rugby team during the Rugby World Cup," he said.

“Samoa recognizes the contribution of your Government towards our economic and social development in core sectors including education, health, environment and infrastructure.

“The Vaisigano bridge reconstruction is a notable development in progress that when completed, it will enhance transportation, tourism, climate change adaptation and much more for this side of the town.”

Mr. Terasawa also highlighted areas of development that Japan is providing aid to and pledged to fulfill his mission by further strengthening strong relations by developing all sectors of Samoa’s economy. 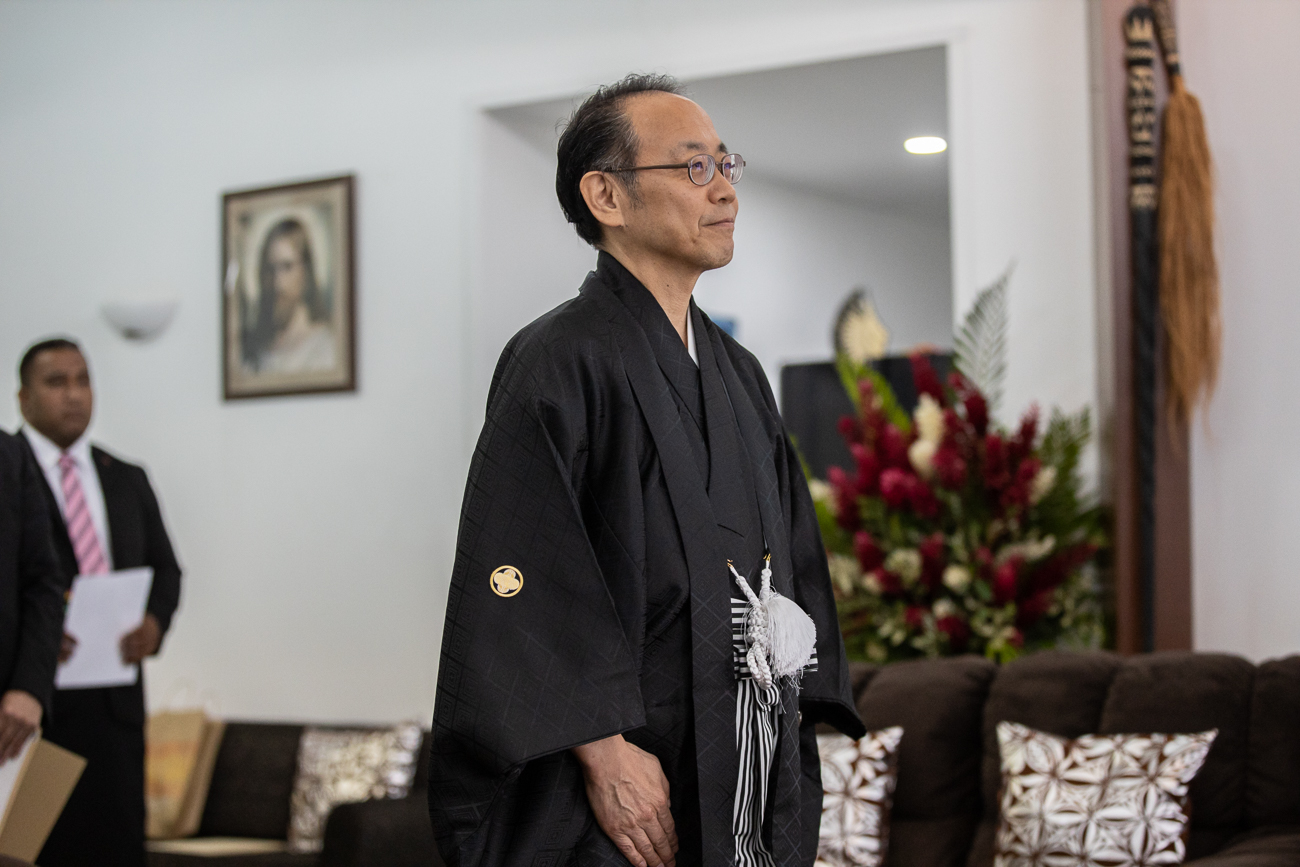 He served as a Senior Regional Coordinator for the Northeast Asia Division and Asian and Oceanian Affairs Bureau within the Ministry later in 2008 and again in 2012 upon his return from his post as Counsellor at the Embassy of Japan in Micronesia. He continued with the Ministry as a Senior Coordinator for the Cabinet Secretariat in 2013 and later Senior Coordinator for North America Division in 2014. Mr. Terasawa was called again to serve as Consul-General of Japan in Jeju, Korea in 2015. In 2018, he was appointed Director for the Office of Hideyo Noguchi Africa Prize within the Cabinet Office.