The family shining light in a dark two months

The Brown family says the cost of their display is USD$5000 worth of decorations alone but they say it's all worth it (Photo: Aufai Areta Areta)

Christmas is just around the corner but unlike previous years, only a few families have outwardly embraced the spirit of the season by putting up lights to reflect the Christmas spirit.

One of the few to do so this year are the Browns of Vaimoso, who have gone all out on Christmas decorations this year as part of their effort "to lift the Christmas spirit."

Anna Brown told the Samoa Observer that the Christmas decorations this year were almost cancelled, due to the ordeal of living through an epidemic which has so far claimed 72 lives. But they decided that it was just the perfect reason to do so.

The cost of buying an imported lights display has was around USD$5000, Mrs. Brown estimates, but she said the joy that it brings to the children at this time of year cannot be measured in money.

The extra Christmas lights have been a family tradition since moving about eight years ago from America. All the lights are shipped in from Pago Pago. 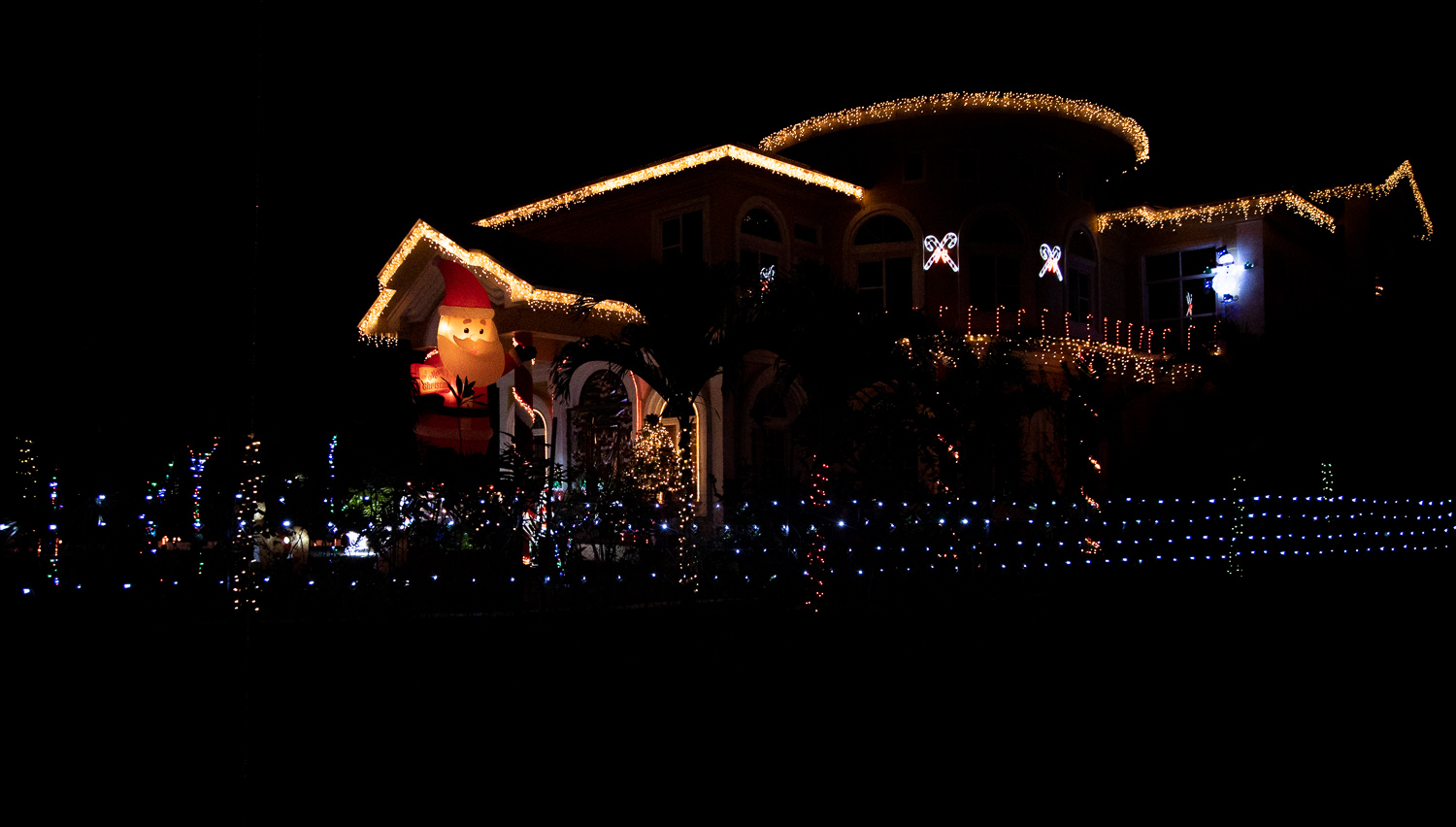 "Our children are in the [United States of America] but we have one son here and so we decided to stay, so we just decided to bring America here," she said.

"And so when people pass by [they think]: 'It's got to be American, it's an American home and they gotta have American lights'."

Mrs. Brown says it brings so much joy just hearing children passing by and calling out: "'Oh, look at Santa'".

She said they have definitely seen an increase in the number of people coming by asking to take photos and just hanging around to watch the blinking display this year.

The family not only provides the lights but also Christmas jams and cocoa-rice (koko alaisa) for these walk in guests.

Mrs. Brown invites people over to see the lights up close free of charge but people are welcome to donate towards cash power, she added.

Her husband Richard Brown has also been involved in lifting up the public spirit during the epidemic, by donating money to the families of those who have died from the virus through the ASA Foundation.