Nurse talks about measles-stricken babies: From rash to collapsed lungs

A Paediatric Nurse at Tupua Tamasese Meaole Hospital says the impact of measles on Samoa’s babies is “devastating,” with children needing weeks to recover from the damage wrought on their bodies.

Becky Platt, an Emergency Medical Team nurse from London, said one child currently in the paediatric tent ward outside the hospital where she is stationed has been undergoing treatment for over nine days.

He was admitted late October, first to the emergency ward and then immediately to the intensive care unit.

The child needed a ventilator to breathe for him while his lungs were treated, until he could be moved to the paediatric ward for further care.

“Gradually over the last few days he has managed to come off the ventilator and come to our ward, and starting to feed,” Ms. Platt said.

“We had his first smiles out of him yesterday, he had a bath today, and I expect him to be able to go home in the next few days.”

There are 20 beds in the newly build paediatric tent ward, and they are nearly always full.

Ms. Platt said they often need more than a week to recover from measles, and some even start to look ready for discharge only to fall back into sickness.

“I think that is because this pneumonia is really very severe,” she said.

“We are seeing children with more than one illness at a time and also becoming unwell with other things once they are starting to recover from measles. It’s really challenging.” 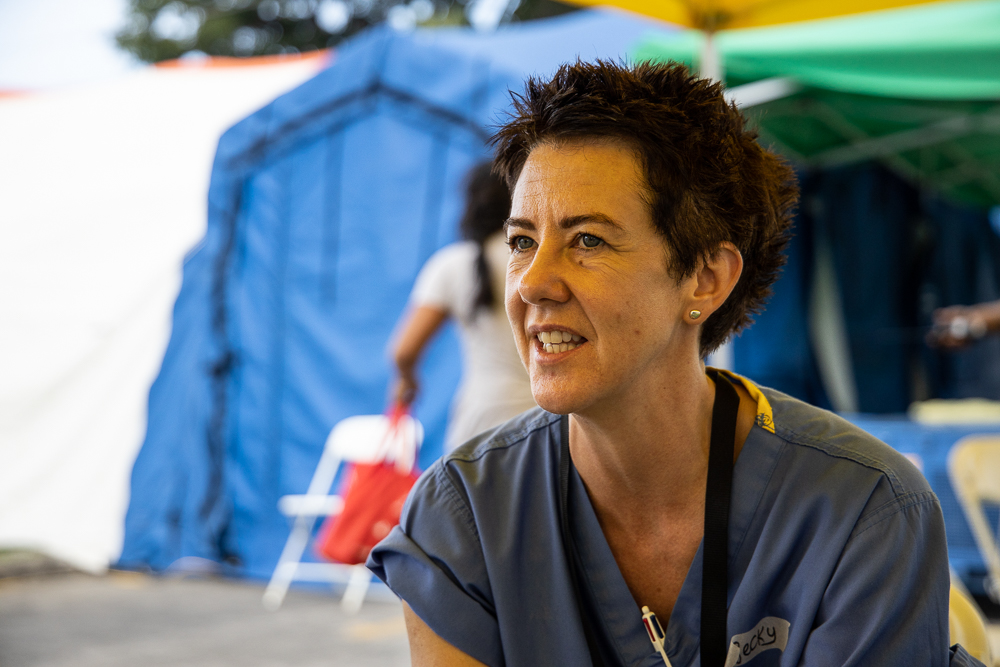 The measles epidemic has hit Samoa’s youngest the hardest. Of the 4,693 measles cases, over half (2,435) have been in children under four, with another 463 cases in children between five and nine.

Under four-year-olds, being the largest unvaccinated group before the epidemic, account for majority of measles related deaths: 61 out of 70.

Despite a major vaccination campaign, getting those children immunised against measles has been a challenge. During the early weeks of the campaign, when vaccination first became mandatory, the Government reported low rates of under four year olds being brought to clinics to get vaccinated.

Today, after a two day door to door campaign that demanded a nationwide shutdown, under fours are still the lowest vaccinated group. Preliminary figures state 85 per cent of infants and children under four are vaccinated while 96 per cent of older children have had their jabs.

Most children presenting to the paediatric ward are especially young, largely under two years old.

“The younger you are, the more sick you are likely to be,” she said. “The severity here is like nothing most of us have experienced before.”

Most children follow the same treatment pathway, Ms. Platt described. They are admitted firstly to the measles emergency ward, established in the old outpatient ward of the Acute Primary Care Clinic, usually showing all the symptoms of measles: high fever, rash and breathing problems.

They are often severely dehydrated and may not have eaten for several days, a result of having a sore mouth, among other things.

Children are given resuscitation fluid to rehydrate them and oxygen to help them breathe. Some, like the little boy Ms. Platt talked about, need a ventilator to breathe for them while their lungs are in such poor shape.

Then, they are often giving high dose antibiotics to treat the measles chest infection.

“Really, they are tiny babies and any amount of insult to the chest is devastating at their age,” Ms. Platt said

“All the tubes inside their lungs are so much smaller, they get blocked up with mucus a lot more quickly and so it’s quite easy for lungs to become completely congested or collapse entirely so [they] cannot move any air through [their] lungs and cannot oxygenate any part of the body.”

Why have so many babies died?

“Some babies are just not able to cope with that level of infection unfortunately,” Ms. Platt said.

With new research revealing measles not only makes the body more susceptible to new infections but also to ones the body previously grew immune to, each and every hospitalised measles case may be due for another bout of illness sometime soon.

So far, 1,477 people have been hospitalised for measles or the complications it causes. Ms. Platt said it is too soon to say exactly what the lasting effects will be but said they are certainly likely.

“The reality is we don’t know whether they are going to have lasting chest symptoms either for months or for years. Only time will tell… it’s not just about what happens now, unfortunately.” 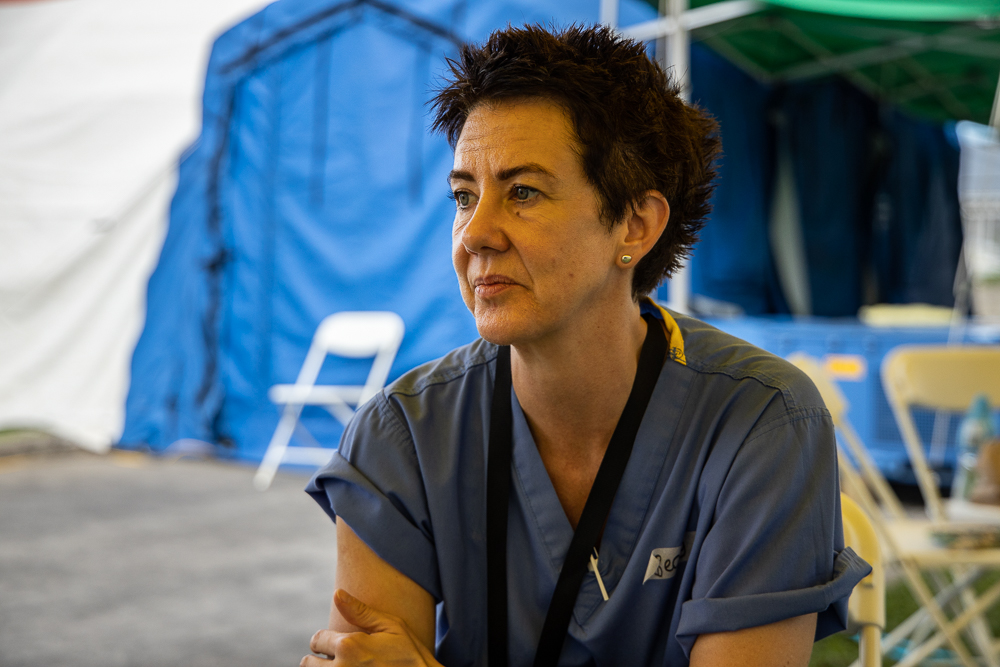 Since beginning work on the wards last Monday, Ms. Platt and her colleagues have witnessed several babies succumb to their illness.

Watching their families lose their babies is the hardest part, she said.

“It’s horrid. Any baby dying is just wrong. I think the bottom line is that babies shouldn’t die, that is not how the world should work, is it.

“It’s tough for us, it is tough for the local staff who have seen it 100 times before, and it’s tough on the families, clearly. That is the hardest thing, watching the families lose a child.”

The current deployment of U.K medical professionals is scheduled to leave at the end of the week. It is not yet confirmed if another deployment will be sent to replace them.

Ms. Platt said her local colleagues have made the most lasting impact on her so far.

“They have been so welcoming, they have helped us settle in here really well and I think it’s really important to acknowledge the massive amount of work they have been doing before anyone else got here to help,” she said.

Two nurses in particular have made a deep impression on her, Ms. Platt said.

“One is Lily, she is in charge of the A.P.C.C department. She is a little lady but she makes a big impact. And a nurse working in here with us called Tine, she is a senior nurse and she seems to know anyone and can make anything happen. They are phenomenal.”