The Manu Samoa Sevens opened the World Rugby Sevens Series with a hard-fought 19-12 win over Canada in Dubai on Friday morning.

Samoa wore black armbands in recognition of the ongoing measles epidemic at home, and came out onto the field by themselves for a moment’s silence.

Perez made an early mistake with a simple knock-on in his own half.

Canada kept the ball alive well on attack, shifting from side to side before a nice wrap-around sprung captain Nathan Hirayama to get the first try of the 2019/20 Series under the posts in the second minute, which he then converted.

Samoa responded immediately from kickoff, as a reverse ball to Paulo Scanlan put the speedster through a gap in Canada’s line.

He as able to link up with Tomasi Alosio to draw the covering defence, then got the ball back to score out wide.

Alosio made the difficult conversion to level the scores.

The Manu fell off a few tackles on the other end, allowing Josiah Morra to make it 12-7 to Canada with a minute left in the half.

Tofatuimoana Solia drew in half the Canadian defenders with a strong carry, proving near-impossible to put down.

He was then able to score with the next phase with Canada out of position, tying it up on the stroke of halftime.

Joe Perez picked up an early yellow card for a high tackle, as Canada marched into the 22.

They were hot on attack before Tomasi Alosio got over the ball at the breakdown and one a penalty for holding on. 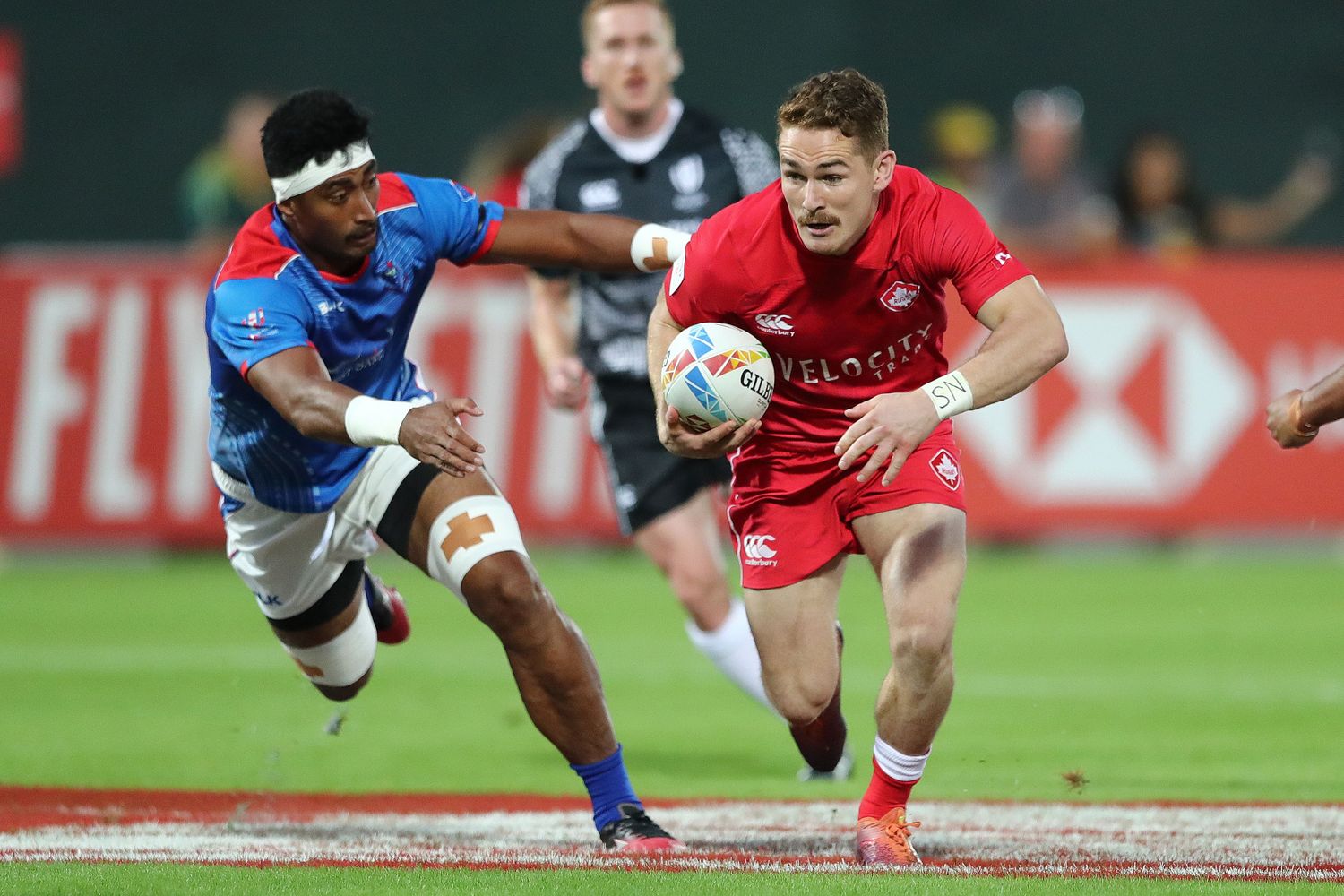 They eventually turned the ball over, and Canada were almost through the defence but for a simple knock-on from Nathan Hirayama.

Substitute Elisapeta Alofipo stepped his defender on halfway, and cruised 50 metres to score under the posts with no Canadian sweeper in place.

There was a minute left for Canada to tie it up, and they advanced into Samoa’s 22 on attack, before knocking on five metres from the tryline with the final act of the game

After the match, captain Tomasi Alosio said being the first game, his side always knew it was going to be tough.

“We knew we had to do the simple things well, go out there grappling with a lot of emotion.”

Alosio said a few players in the team have heard their daughters have contracted measles, including Laaloi Leilua who left the squad before the tournament.

“It’s good to come out on top, Samoa this is for you.”

Alosio dedicated the win to the families in Samoa struggling with the epidemic.

In the other Pool C match, New Zealand defeated Samoa’s next opponents Wales by 36-7.

Samoa will play Wales at 9:14 pm on Friday Samoan time.