The view from inside the medical tent at the Tupua Tamasese Meaole Hospital in Motootua. (Photo: Australian Department of Foreign Affairs and Trade)

A medical tent to cater for children infected with measles has been set up in front of the Tupua Tamasese Meaole National Hospital at Motootua.

It was set up by the Australian Medical Assistance Team (AUSMAT) and become operational on Wednesday.

The AUSMAT Mission Leader, Abigail Trewin, told the Samoa Observer in an interview that the medical tent was set up to address the national hospital’s capacity challenges as the number of measles patients continue to increase.

“It’s to provide an opportunity to decompress some of the areas of the hospitals and give more space for everybody to ensure that we can meet the needs of the children,” she said.

“It’s here to support measles cases and maybe not quite as sick as other parts of the hospital so maybe more of the children that are closer to getting home so that it allows some of the other areas of the hospital to start to clear some space and return to a little bit of normality.”

The medical tent, which is a part of the AUSMAT field hospital, is fully air conditioned with the temperature inside adjustable to suit the needs of the patients and staff. With a 20-bed capacity, It is supported by an aluminium frame and is fully kitted to enable medical personnel to attend to sick patients.

Currently it is managed by a Samoan sister in-charge who is working alongside international colleagues from the United Kingdom, New Zealand and Australia as well as Samoa. 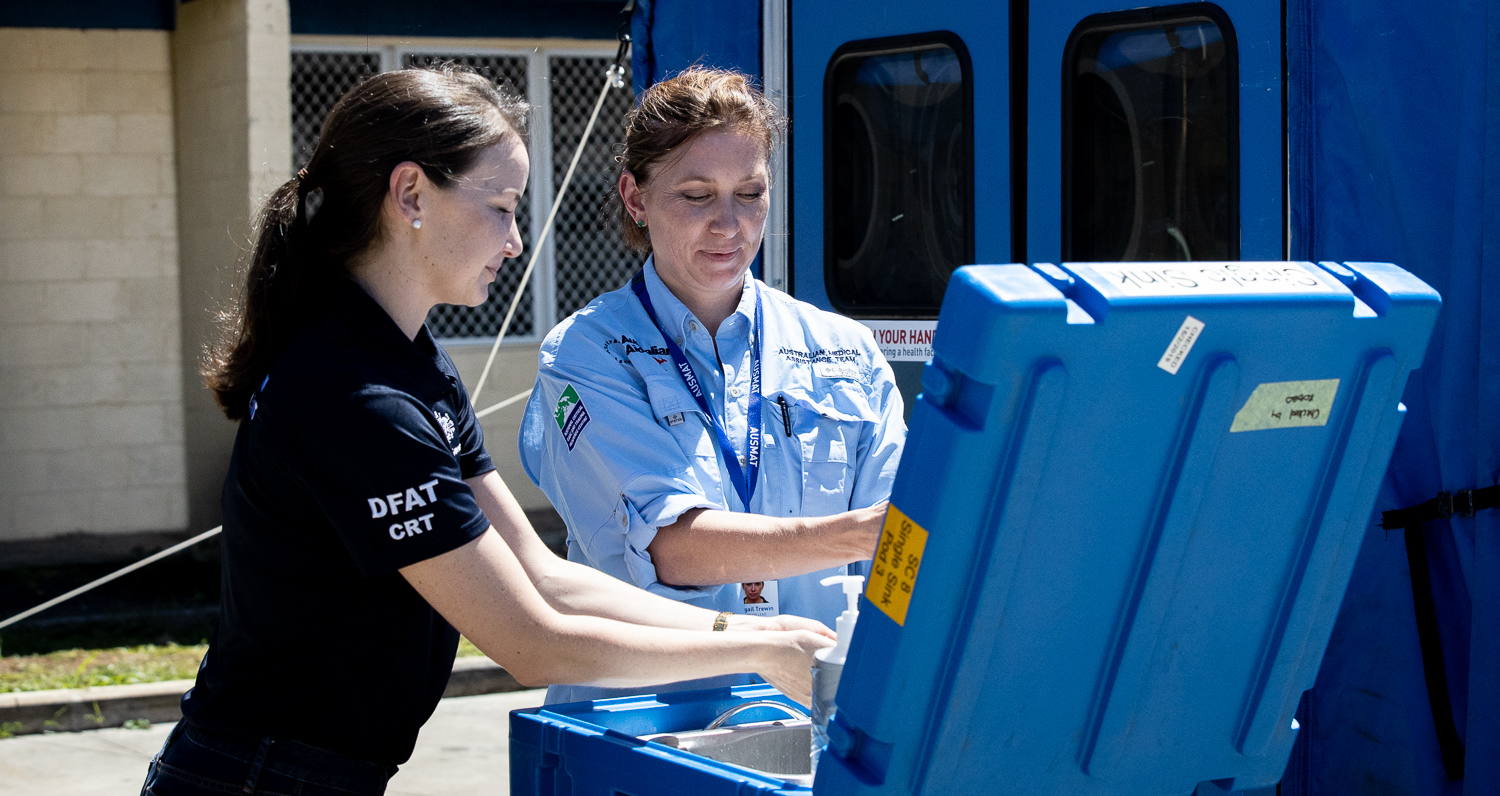 Mrs Trewin said it was a privilege working alongside local and international doctors from different nationalities.

“It’s very unique for so many different nationalities to be working alongside each other,” she said.

“What I would say is your Samoa Health workforce has been outstanding, incredibly professional and they’re really sitting the base for all of us.”

A team of Australian tradesmen comprising carpenters, electricians, firemen and logistics specialists are in Samoa and assisted with the setting up of the medical tent.

“So what we’re hoping to do is instead of using some of the additional areas of the hospital would not normally have patients in, we can start to decompress that area,” Mrs Trewin added.

The AUSMAT Mission arrived in Samoa on November 16 and initially handled the HDU (high dependency unit) tent at the back of the hospital.

“When patients become a little bit better, they can be moved into the HDU and so it’s all to make sure that there’s enough beds to manage the very sick babies and to support the hospital in doing that,” she added.