Second Kiwi deployment on the ground in Samoa

“It’s hard on us, it’s hard on the locals and the families," Dr. Alan Wright said of the measles related deaths at Leulumoega Hospital where he is working. (Photo: Vaitogi Asuisui Matafeo)
Health

The second deployment of the New Zealand Medical Assistance Teams are on the ground in Leulumoega and Faleolo Hospitals, and are settled into the urgent business of healing the sick as the measles epidemic claimed more than 60 lives at last count.

There are three doctors (a general practitioner, intensivist and emergency physician), eight nurses and two logisticians assigned to the area, and two nurses have joined the Australian team at Tupua Tamasese Meaole Hospital to help treat the surge of patients being seen there.

“It’s hard on us, it’s hard on the locals and the families. We have staff working here who are related to the patients.”

He said despite being especially well brief both before and on arrival, they team couldn’t fully comprehend the scale of the epidemic until they arrived. The impact on the youngest children, as young as one and two years old has been tough.

“I don’t think any of us appreciated just how sick the children are until we got here on our first day and what the numbers are like so that has become pretty obvious since then.” 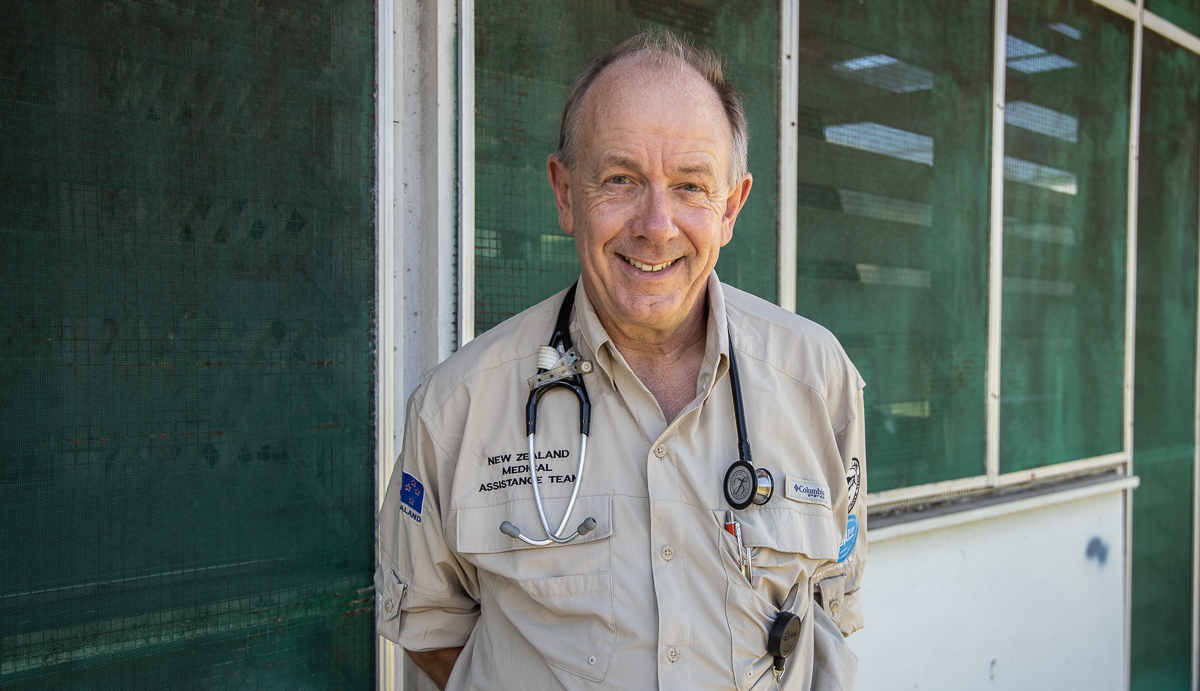 He is optimistic Samoa may be “at the crest of the wave” of the epidemic, after two weeks of a mass vaccination campaign that saw over half the population immunised. He said the two day shutdown will have a large impact on the population and was happy to see that put in place.

The team, alongside their Samoan counterparts, have seen an average of 40 patients a day at Leulumoega Hospital. Up the road in Faleolo anywhere between 60 to 80 non-measles patients are arriving for help.

“It’s really important to segregated infected people from the rest of the population as much as we can,” Dr. Wright said on the split between the hospitals.

With the surge in patients so high and staffing still a challenge, families have been a big help to their ability to treat patients.

Dr. Wright said the team relies on families to feed their children, give them fluids, and alerting doctors to whether there is a problem.

“That happens everywhere. If you are in a position where you have a lot more staff on the wards you are going to utilise staff but we do get a bit stressed at times.”

It is Dr. Wright’s first deployment with N.Z.M.A.T., and he is joined by a group of professionals both young and old, with various experience in medical crisis zones.

Nurse Lead Tori Prendergast, who was in Samoa with the first deployment has returned from New Zealand after a short break to work alongside the second team, and is preparing to stay for the third group too.

“She’s the glue that holds this all together,” Dr. Wright said.

On the local counterparts, Dr. Wright said the Samoan staff have been “awesome” to work with.

“They make our lives so much easier,” he said. From interpreting Samoan to English, to the tricky work of putting intravenous lines into small children, Dr. Wright said the Kiwis have been utilising the local’s practical skills “to the max.”

"It is so good to come and work in an environment where you are working with great people."

He has been happy to see sick little babies recover well from measles and its complications, especially if they are treated early enough, Dr. Wright said. People are being discharged from the clinic every day and typically don’t have to return. 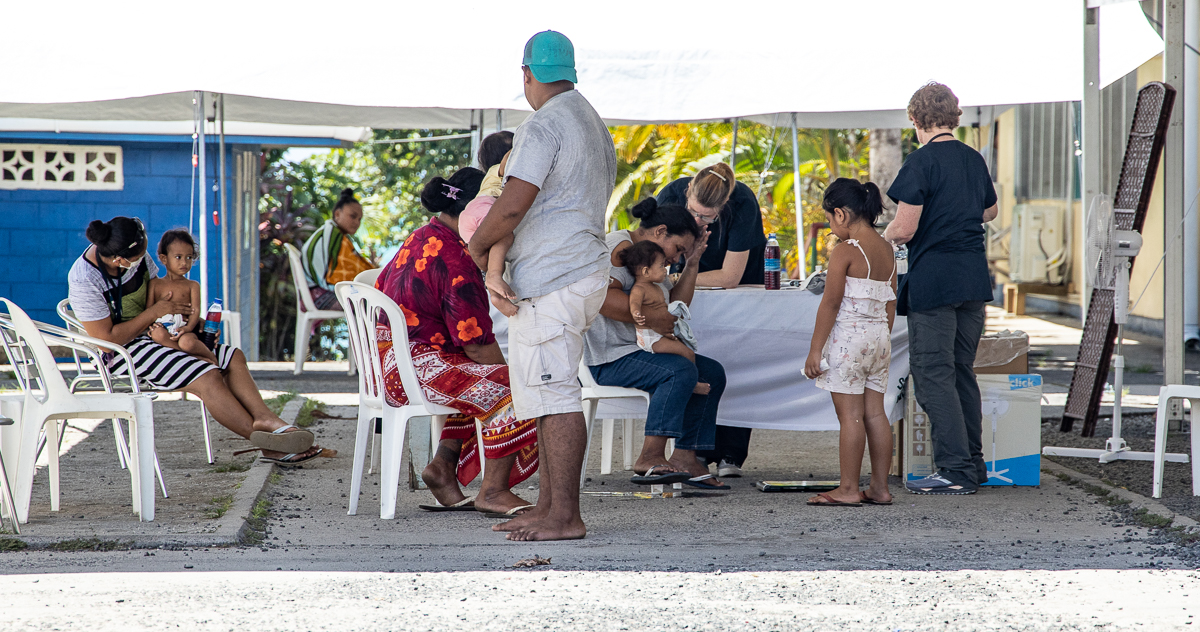 Having done a stint in Malawi years ago, he has seen the extreme effects of measles and was prepared for what he saw here.

But at home, that was a different story until the measles outbreak in New Zealand.

“I hadn’t seen a case of measles in 20 years,” he said. “We had six cases in my locality, all of whom were managed very well and had good outcomes. Quite a lot of them were older people, most of our younger people in New Zealand are vaccinated, so that puts us in a good starting point.”

As well as human resources, the team has brought “a few little treats” from home, medical comforts that are not used here in Samoa.

Among them is a portable ultrasound machine, which is a useful gadget, Dr. Wright said.

As a general practitioner himself, Dr. Wright this experience is unlike anything he has gone through at home in Hastings, New Zealand.

“Apart from this morning at Faleolo Clinic which is bread and butter general practice, this is full on emergency mode.”